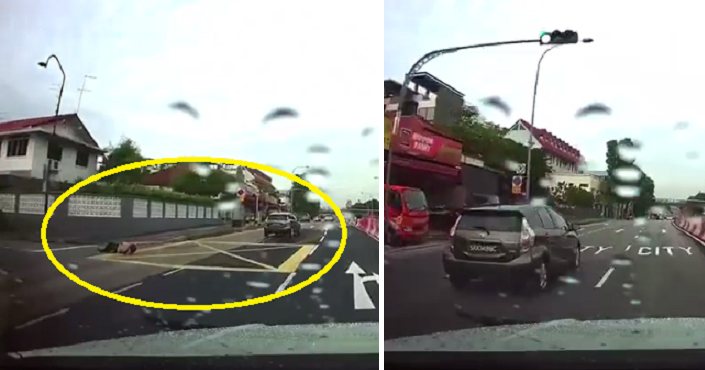 A shocking video recently went viral on Facebook, which depicted an elderly lady being run over by a car.

The incident took place at about 7.20AM on May 24, 2017, Straits Times reported. Apparently, the Toyota Prius had knocked into the pedestrian when turning out of Surin Road and onto Upper Serangoon Road in Singapore. 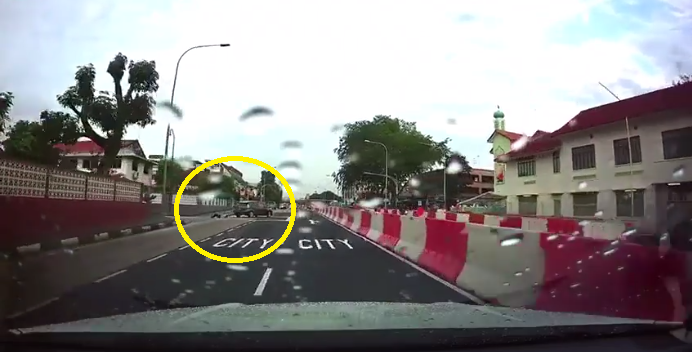 Miss L. Tan, 36, witnessed the incident and noticed that the heartless driver didn’t bother to stop and help the victim at all.

“I honked at the driver and signalled for her to stop but she looked at me nonchalantly and continued to drive away.”

Tan even tried to stop the car but to no avail. The woman simply ignored Tan as though nothing had happened and drove off. How rude!

She noted that the driver looked like she was in her 70s and had a toddler in the backseat.

When Tan realised that the hit-and-run suspect wasn’t going to stop and help the poor victim, she immediately stopped her car at the side and called the police. 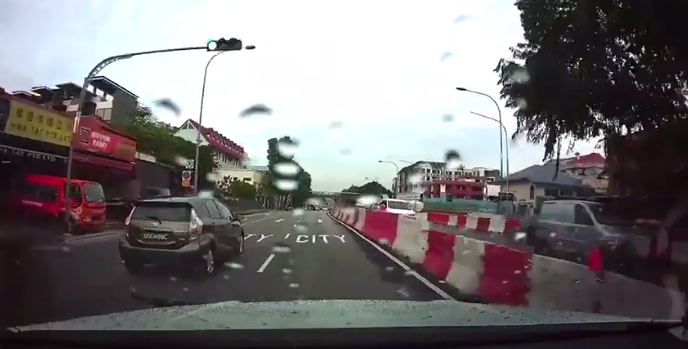 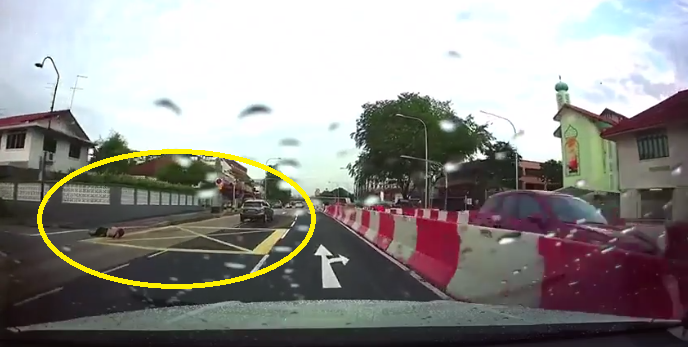 When the press contacted the police regarding this incident, they confirmed that the accident did happen. Investigations are still ongoing.

According to Singapore’s law, the driver involved in an accident must assist anyone they have hurt. Failure to do so will result in the driver facing a maximum fine of SGD3,000 (approx. RM9,260) or 12 months in jail.

Watch how the driver just drove off heartlessly here:

The reckless driver’s nonchalance incited outrage among Singaporeans and none of them could comprehend such irresponsibility.

One netizen even noted that the driver could have possibly been oblivious to the accident.

“Maybe she didn’t know she ran over the person? That’s why she drive away like normal.”

When you’ve done something wrong, it’s best to own up to your mistake instead of just driving away like this lady did!