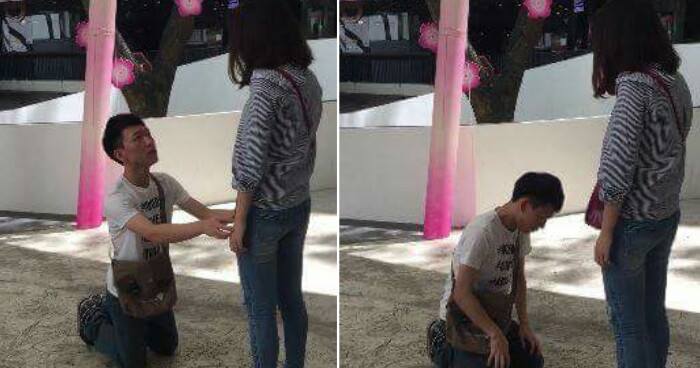 Picking out a gift for someone can be really tough because you want to buy the perfect present that they will surely like.

This is especially stressful for guys who are looking for a gift for their partners.

Don’t y’all feel like just making yourself the present?

So, you can imagine the relief this Singaporean guy felt when his girlfriend told him she didn’t want anything for Valentine’s Day a week ago.

But of course women are complicated creatures who don’t always say what they mean. We have mood swings okay… let’s just blame it on the hormones.

The girlfriend was obviously unhappy when the guy showed up on their date empty-handed on February 12, 2017, New Nation reported. 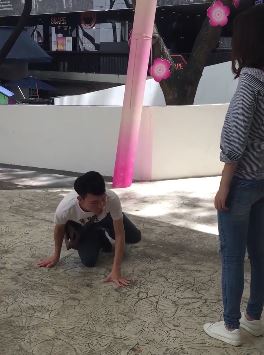 “I really had no idea what she said is not what she meant. She said to me a week before Valentine’s Day she didn’t want anything. So what was I supposed to believe?”

“Some days she said she didn’t want to make love and she really meant it during those times.”

A video of the fight between the couple went viral online as she was clearly seen shouting at and shoving the poor guy.

Zhen Yuan even went on his knees begging his beloved for forgiveness and for one more chance. But the enraged woman was so upset that she yelled and pushed him away.

According to STOMP, the incident took place at around 2.30PM in Orchard Road. The video from YouTube was captioned with “I wonder why does that man still want her as she treated him so badly”.

On top of her harsh treatment towards him, Zhen Yuan even bowed his head down to her.

But there is a debate going on that this is possibly just an act. Several netizens explained that this isn’t real in the comments section.

“Seems very much like a something staged. The acting is so poor. No academy awards for these two.”

Another guy felt that even if it were just acting, men shouldn’t be like that.

“Even if this is staged, I strongly believe that no men should stood so low in public. Bloody disgrace.”

Watch the full video of their fight here:

Well, whether this was really fake or not, at least men now know never to take what women say literally!