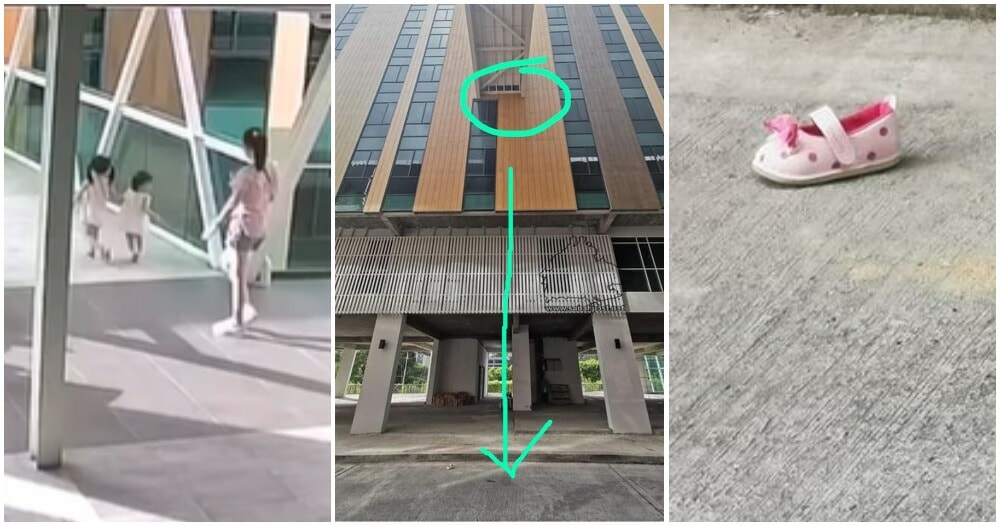 All Malaysians love to go on a family vacation during the school holidays especially since it’s the end of the year and the festive season approaches.

However, for this family, their joyful vacation turned to one of sorrow as an unfortunate accident happened right before the mother’s eyes. 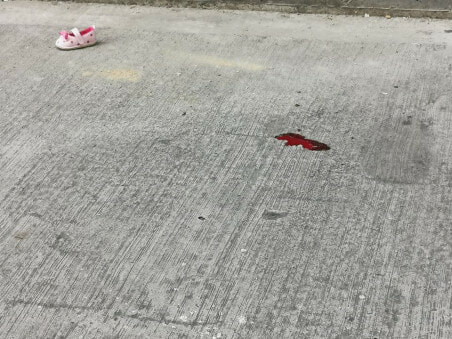 On Sunday (1st December 2019), a family from Batu Pahat, Johor was visiting the beautiful district of Penampang when tragedy struck. The family of four was having lunch on the fifth floor of a building located on Jalan Bundusan around 3.40pm.

The mother allowed her two children to play around a nearby corridor and she was following them from behind. The pair of sisters (a three-year-old and a toddler who is a year and seven months old) were running hand in hand happily towards the direction of a bridge to a connecting building.

There were no warning signs put up by the construction company or whatsoever, so the mother paid no heed and let her children enjoy themselves to the fullest as she was keeping an eye on them. Little did they know that the bridge is actually still under construction until it was too late. The toddler ran a little faster than her sister and she suddenly dropped down from the fifth floor onto the concrete ground below through a gaping hole. 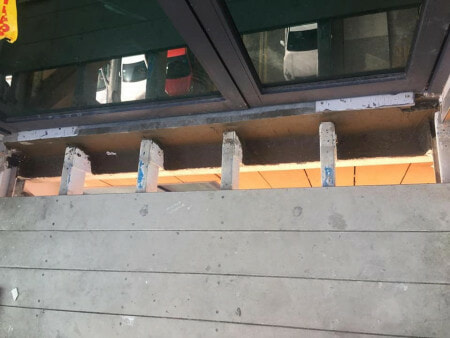 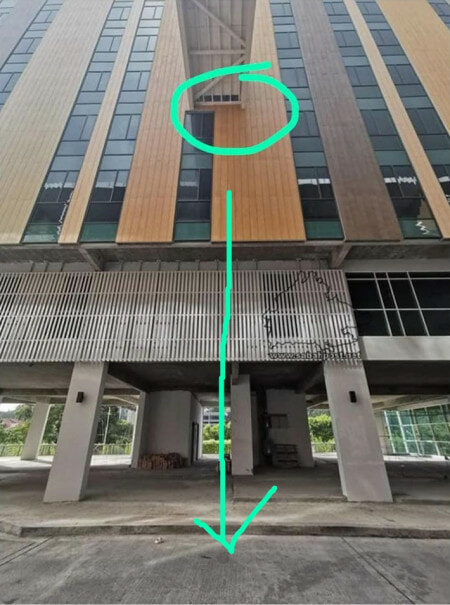 As soon as the incident happened, the police were alerted of the incident and the toddler was rushed to the hospital. Unfortunately, at 4.30pm she was pronounced dead by doctors.

However, according to Daily Express Sabah, a Chinese newspaper implied that the mother was not supervising her children at the time of the incident. They used the word “membiar” which means the children were allowed to do as they liked based on the official statement from the police.

This came as a shock to the family members of the deceased as the mother was following the children, and there is even video proof to show that!

The official statement from the police is contradictive to what the mother had lodged in her police report. Roger Chow, the uncle of the deceased says:

“The mother did not “membiar” or was irresponsible as suggested, but was filming her children running ahead of her, not knowing the danger that lies ahead. In her police report, she also mentioned that there were no warning signs put up by the management of the building.”

To show what he said was the truth, Roger showed the people of Daily Express the police report which clearly states that the mother was supervising the children. 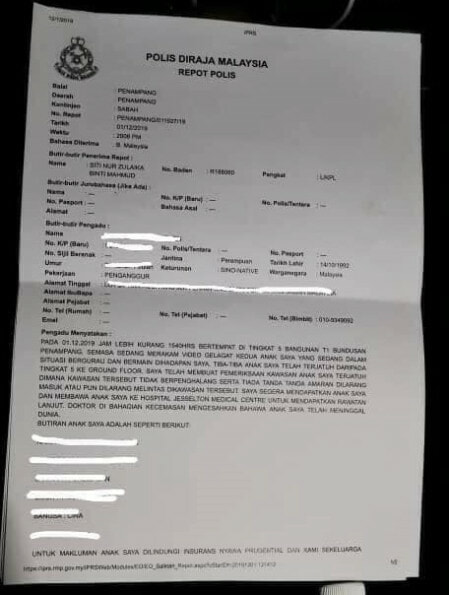 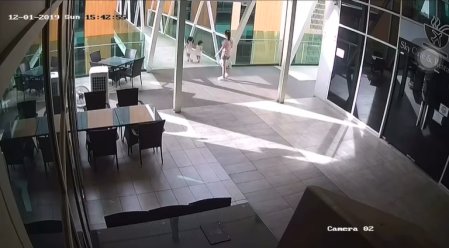 We hope that justice will prevail and that the deceased will rest in peace. Thoughts and prayers go out to the family during this tough time. 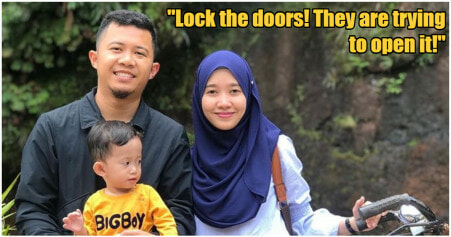