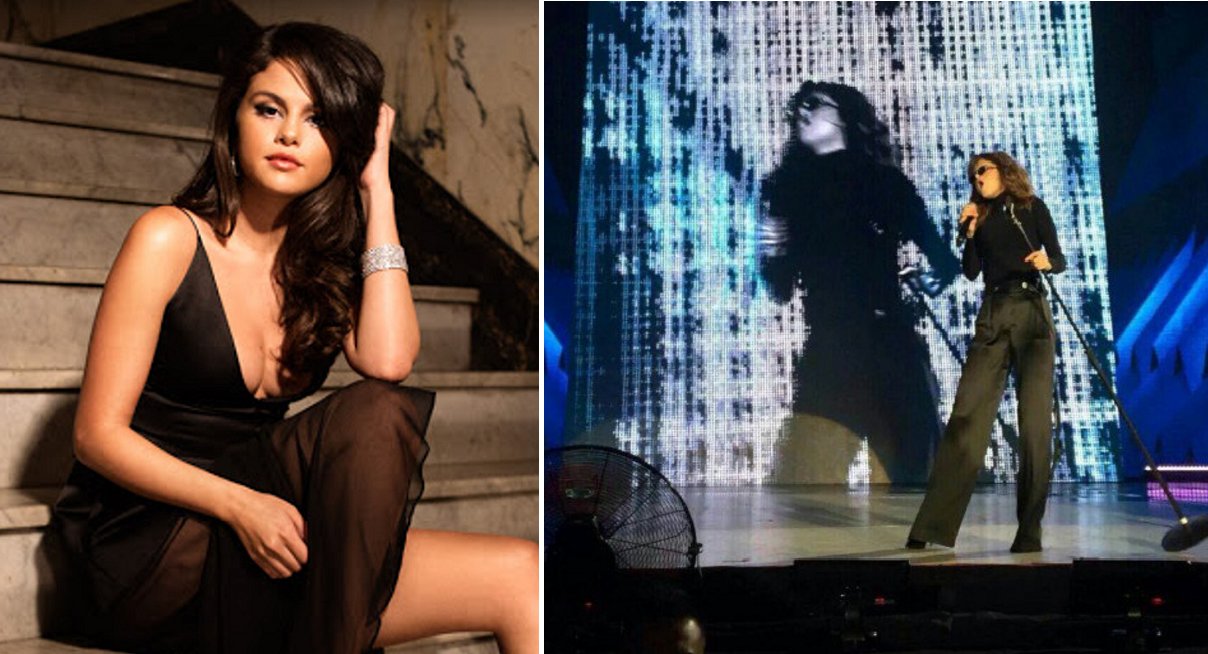 In 2008, Avril Lavigne was accused of being ‘too sexy’ to perform, in 2009, Muslims were banned from attending the Black Eyed Peas concert; so when it was announced that pop star Selena Gomez will be bringing her Revival World Tour to Malaysia, you can kinda figure out what is about to unfold.

Despite objections and hurdles, Selena did not disappoint by giving a performance of her life to Malaysians. On top of that, she even got a new wardrobe out solely for us Malaysians!

During her concert, Gomez took the stage in black slacks, long sleeves, and performed some of her latest hits – Good For You, Hands To Myself and Same Old Love. She also serenaded her fans with some of her older hits – Who Says and Love You Like A Love Song.

The gracious artist took to Twitter to explain her choice of clothing for the concert. It reads, “New outfit out of respect for the culture and religion in Malaysia! ?” 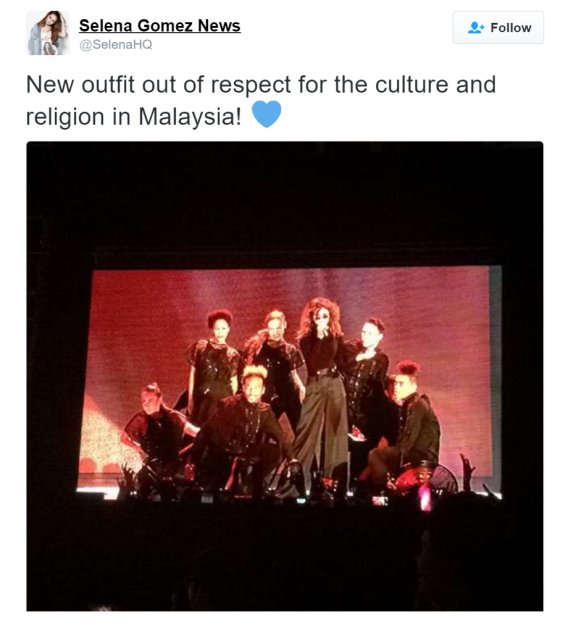 Even if you’re not a fan, Gomez taking the initiative to respect our country’s religion by choosing a conservative outfit and her willingness to brave through the inevitable religious hurdles to bring her music to her Malaysian fans is enough to make you one.

The only hiccup was an Islamic group of 20 plus, gathered outside the stadium to perform the solat hajat and recite Yasin while the concert goes on inside the stadium.

Selangor executive councilor in charge of Islamic Affairs, Datuk Dr Ahmad Yunus Hairi urged all mosques throughout Selangor to perform the solat hajat to pray that the show would be cancelled.

He prayed that the concert organizers be “enlightened by Allah” and that the state would “not be struck with disasters”.

This dramatic cause-for-action has even made International news and portals such as UNILAD. Please let me hide my face for a bit.

Hafez Sabri, committee chairman of Malaysian Islamic Party PAS, which is known to practice the more radical brand of Islamism, had opposed to the arrival of the pop star stating her presence would promote the hedonistic culture among young Malaysians, reports The Star.

Hafez also mentioned that her sex appeal would compromise the sanctity of the month of Syawal.

Actually, come to think of it, isn’t it weird how these group of middle-aged men know who Selena Gomez is and think she’s sexy?

Interestingly (enough), the sentiment was not felt by all Muslim parties. Datuk Haris Kasim, director of Jais (Selangor Islamic Religious Department) released a statement last Friday that the decision to proceed with or cancel the concert was solely the decision of local authorities.

“We did not release any order for there to be a solat hajat (special prayers) after Friday prayers to ask for Allah to cancel the Selena Gomez concert.

“As the people already know, the concert is set to take place on July 25 at Stadium Melawati in Shah Alam. We must stress that any cancellation of this concert is up to the local authorities,” he said.

Despite of these years promoting tourism in Malaysia and stressing the importance of building international alliances, some amongst us still fail to see the bigger picture and insist to remain in their own shells. Well, good luck with that!