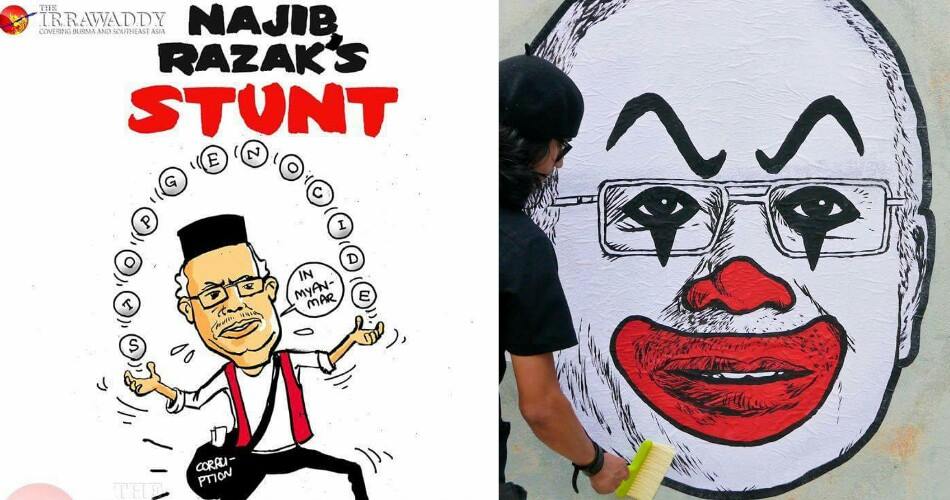 Apparently, this was in response to Najib’s jabs towards the Rohingya refugees issue in Myanmar. 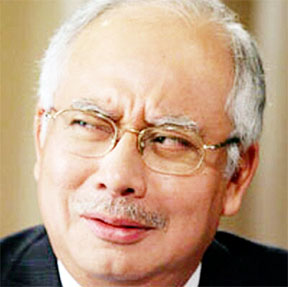 Our esteemed PM said that he will be attending the KL rally protesting against the horrific treatment of the Rohingyas there. The Burmese government of course issued a warning against him on interfering in their internal affairs.

But, our prime minister did not heed the warning as he attended the rally anyways on December 4.

During the protest, Najib said,

“They (Myanmar government) warned me, but I don’t care, because I am here in my capacity as a representative of the community and the people of Malaysia.”

“What do they want me to do as the head of government of 31 million people? Want me to close my eyes? Keep my mouth shut? I will not.

“We must defend them (Rohingyas), not just because they are of the same faith, but they are humans, their lives have value.”

To argue with Najib’s rebellion against their cautioning, a Facebook page, The Irrawady decided to share Kyaw Thu Yein’s cartoon drawing of Malaysia’s prime minister as below: 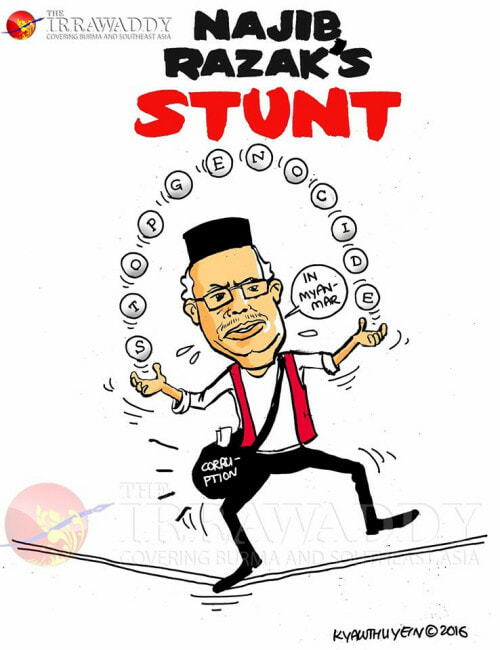 The Irradawy is a Burmese news portal with a huge following. So of course, Malaysians were able to access the picture quickly after the image went viral – especially when Malaysian’s are surprised (and maybe embarrassed) how their PM was mocked in a cartoon by a foreign artist.

However, this isn’t the first time cartoon artists have used their art to poke fun at the Malaysian government. There have been notorious court cases surrounding some of these artists over a few daring pictures.

Here is a list of the brave (and possibly to the point of crazy) cartoonists who drew ‘seditious’ images regarding the Malaysian government. 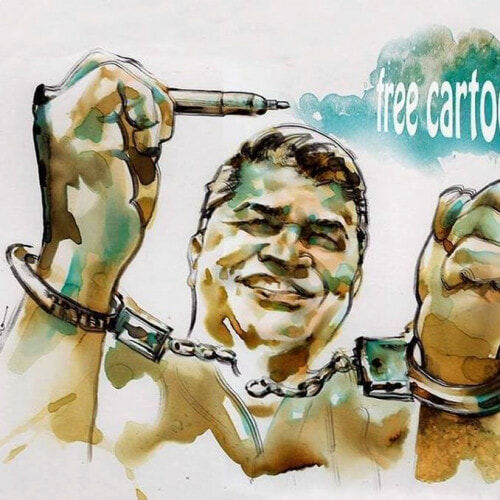 Zulkifli SM Anwar Ulhaque, or better known as Zunar, would be the most ‘notorious’ cartoonist in Malaysia for drawing degrading pictures of Najib and the 1MDB scandal.

Currently, Zunar faces up to 43 years of jail time for his criticism towards the government and our esteemed leader. 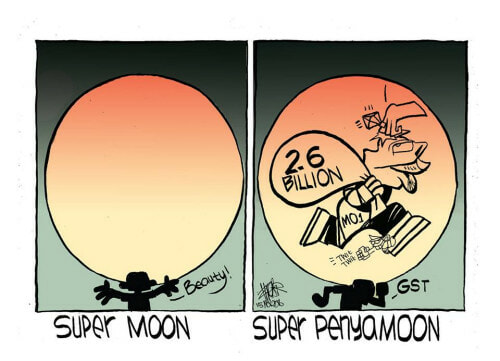 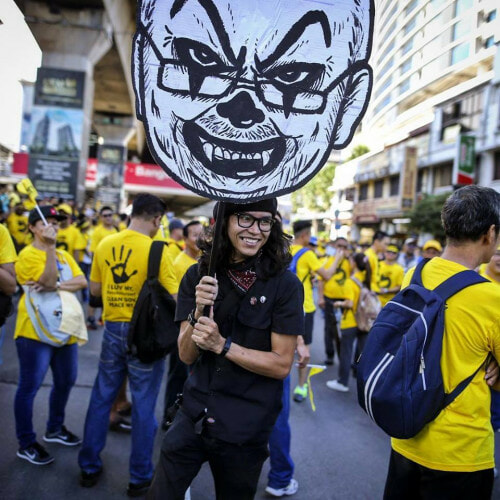 Fahmi Reza very blatantly showcased the fact that he was the one who put up the massive poster of PM Najib onto a wall in Penang.

In the poster, Najib was depicted as a clown and it was stuck onto the wall of a shop lot. Fahmi was caught but he expressed that he will not stop putting those seditious images around until Najib has been brought down. 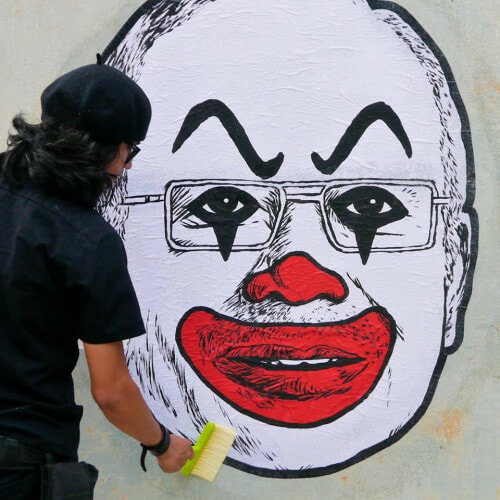 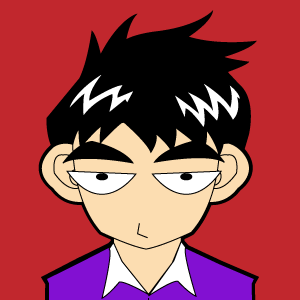 Although the artist behind ‘Bro, Don’t Like That La, Bro’, Ernest Ng, was careful not to cross the line on sensitive political issues, he did still draw a few funny stuff about our government.

Many Malaysians love his comics due to the accuracy of the situation but also it’s hilarity without overstepping boundaries. 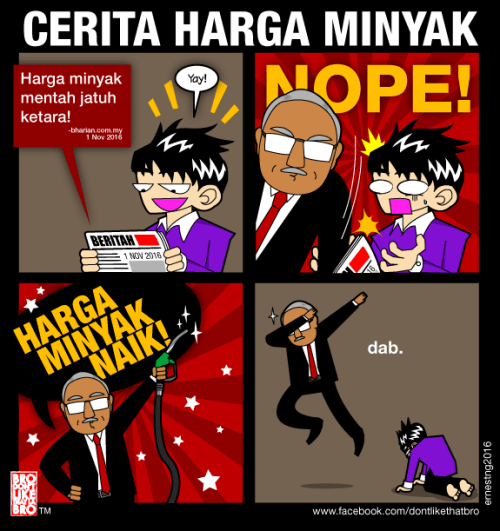 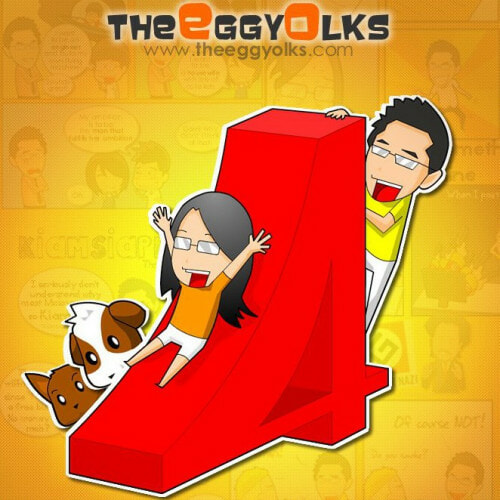 The Egg Yolks consists of funny drawings made by a couple. These two usually take a jab at the everyday struggles of Malaysians through their pictures – giving people laughs and giggles to forget about the burdens of living in this country for just a bit.

Of course, that would mean that the couple would sometimes draw about certain policies and messages spoken by the government. 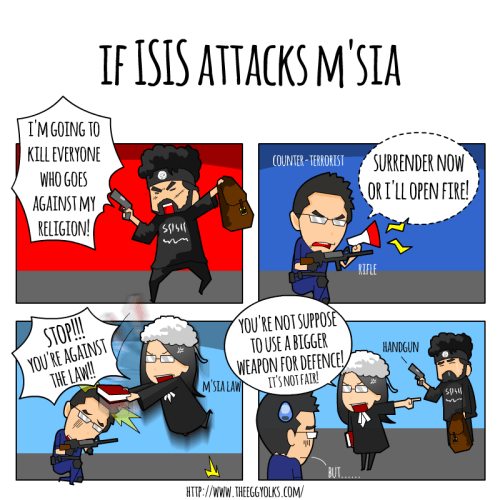 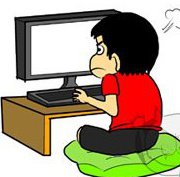 Comicstriper is another individual who loves drawing images that poke fun of the current issues. Certainly, current issues will usually involve our prime minister Najib and the government, especially when the issue garnered international attention.

But more often than not, the messages behind his comics often hold some truth behind it. Hence, Malaysians love following his Facebook page for more LOLs. 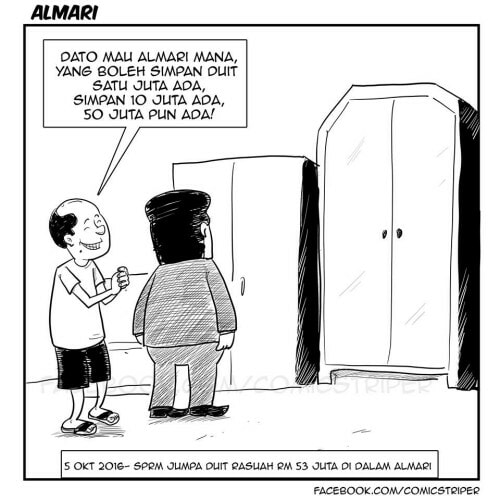 Although Malaysia isn’t one for ‘seditious’ comments, art like these that present current issues in a humourous manner definitely made all of us smile before! Feel free to check out our Malaysian talents and give them your support!
ShareTweet