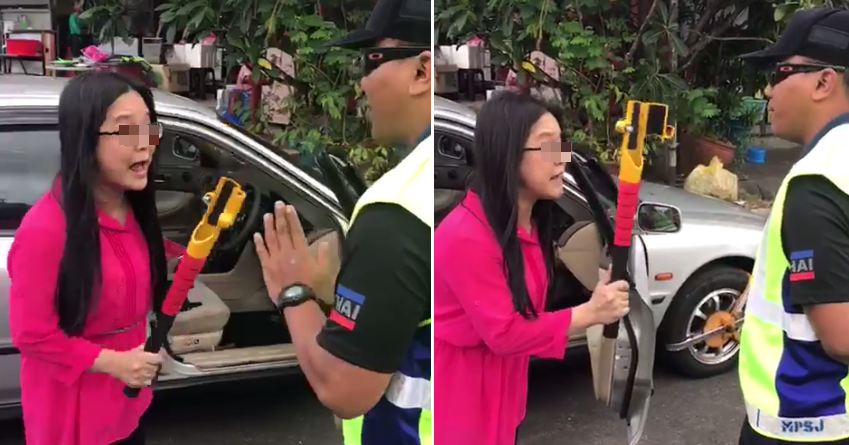 Well, this woman really needs to chill! In case you didn’t know, yesterday, a video surfaced of a woman having a screaming sesh while waving a steering lock at a very cool and calm MPSJ officer who apparently clamped her car. 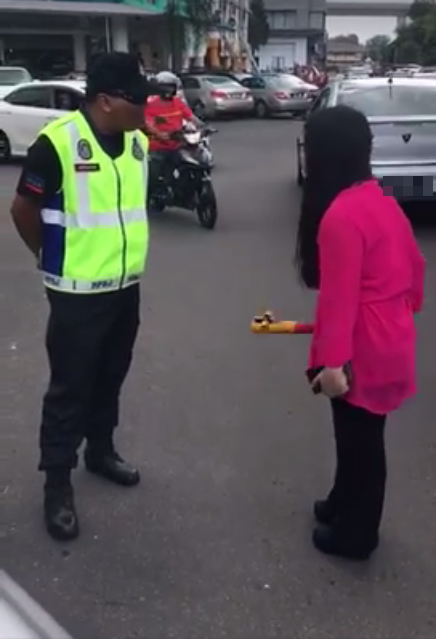 It appears that she had parked in a disabled parking spot without a valid Orang Kurang Upaya (OKU) card. Instead of negotiating with the officer or even acknowledging that she was wrong, she decided to go on a rant. Yeah, it gets really intense.

The 1-minute 37-second long video starts off with her asking the officer whether is he a man and she says, “You are a man also right, so now is it a man’s fault or a woman’s fault?” Err, what has that got to do with the issue?

The puzzled officer answered that he was indeed a man but this case had nothing to do with gender. 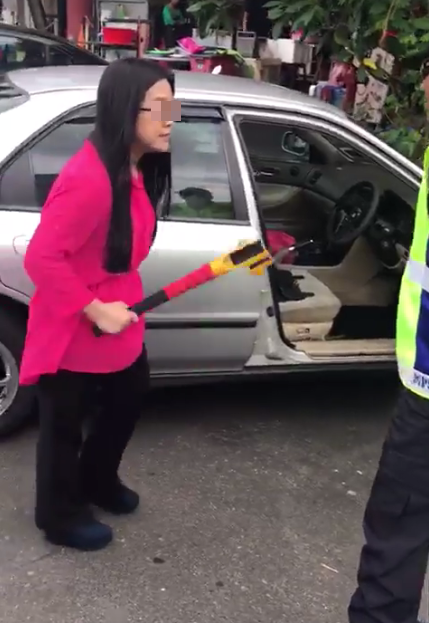 She then changed her question and yelled, “Is it wrong for me to buy food? I’m buying food for a disabled person, is it wrong?” He replies her calmly, “No, it is not wrong for you to buy food. But you parked your car at the wrong place.”

She proceeds to angrily explain that she had parked outside the restaurant in the OKU lot because there was no space and she wanted to quickly take away some food and leave because she knew that she wasn’t suppose to park there. Eh, so she does know that she is in the wrong! 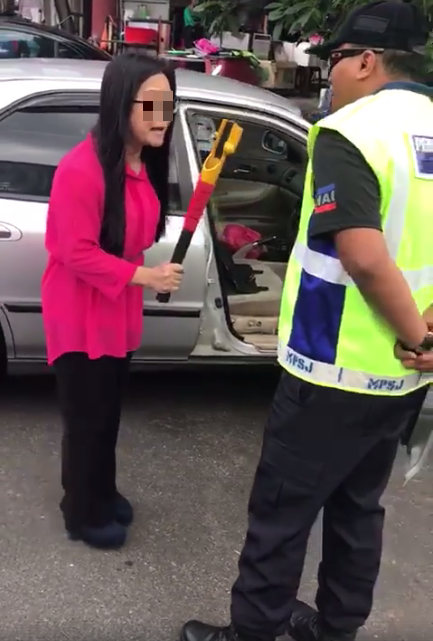 Finally, the person recording the video who appears to be another MPSJ officer chimes in and urges his colleague to ask her to produce an OKU card before the video ends with the woman still ranting furiously.

The video which was shared yesterday, garnered more than 13,000 shares as netizens who saw it slammed the woman for her atrocious behaviour and praised the officer for keeping a cool and calm demeanor. Many of them said that the woman should be punished. 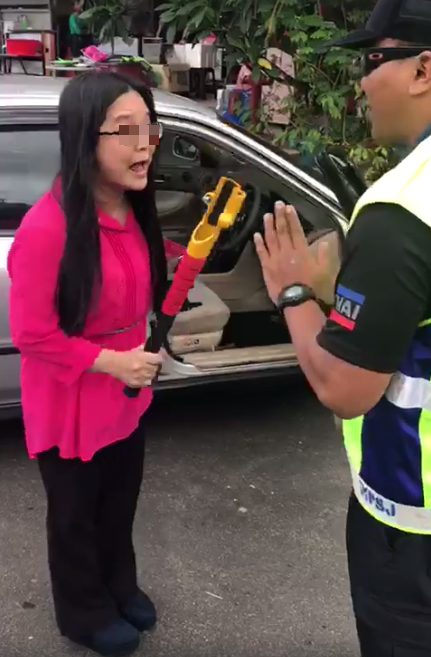 If you are one of them who felt infuriated and took the officer’s side then you’ll be glad to know that the woman is currently being investigated by the police. According to NST, the incident happened at Jalan Puteri ¼, Bandar Puteri Puchong and the MPSJ officer had lodged a police report at about 7.00pm.

Serdang district police chief assistant Commisioner Megat Mohd Aminuddin Megat Alias said that the car was towed to a MPSJ depot after the viral incident. The woman’s husband went to the depot to pay the fine before apologising for his wife’s rowdy behaviour.

The police said that they will be investigating the case under Section 506 of the Penal Code for criminal intimidation which carries a maximum sentence of two years jail or fine or both.

Kudos to the MPSJ officer for remaining super calm and collected throughout the whole exchange! 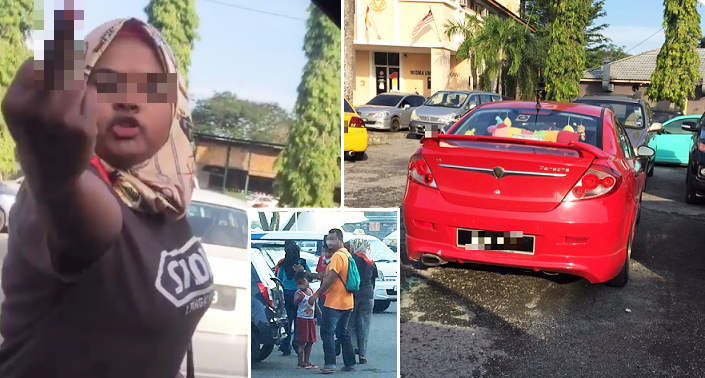