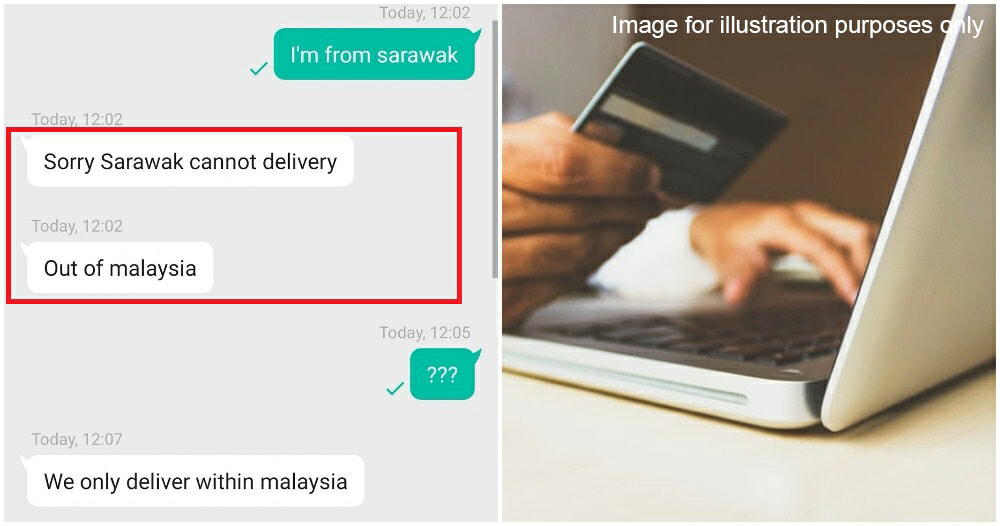 We’ve always heard the joke of online sellers providing free shipping for all of Malaysia except Sabah and Sarawak. but this Facebook user shared how he actually encountered an individual who thought Sarawak wasn’t part of Malaysia while online shopping. Romeo Storie shared his experience of how he was shunned by a seller simply for living in Sarawak.

When conversing with the seller, Romeo mentioned that he’s living in Sarawak. Upon mentioning that, the seller said that they won’t be able to deliver to Sarawak as it’s “outside of Malaysia”. 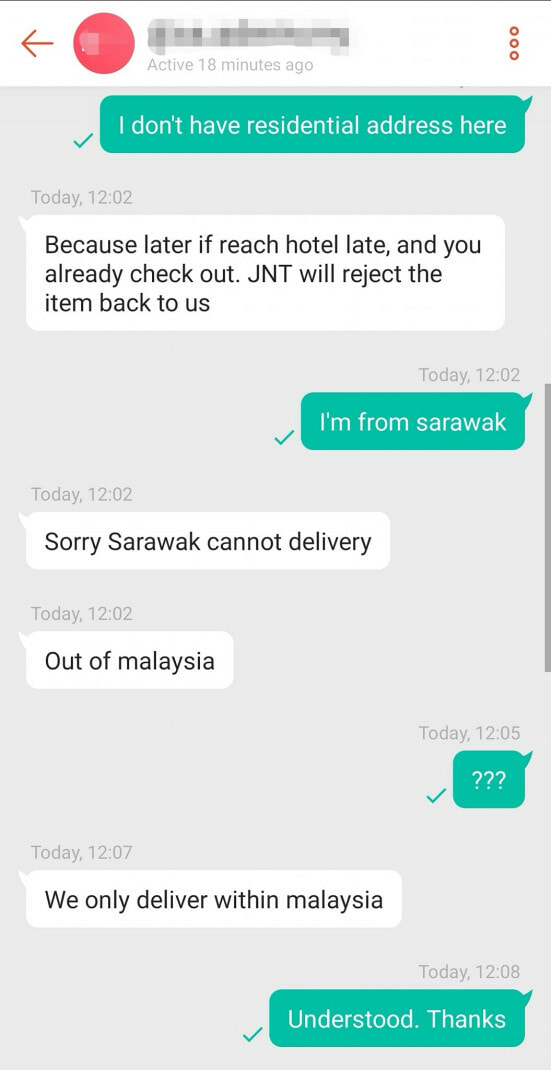 His post went viral garnering almost 3,000 shares with commenters saying that similar situations have happened to them previously where a seller refused to deliver their items simply because they lived in Sarawak. Speaking to WORLD OF BUZZ, Romeo said he felt sad when he received such a reply from the seller.

“It’s like discrimination to us as Sarawakians. Plus, it’s freaking 2021! There should be no issue about knowing which states are in the country you’re living in.”

Romeo then received an apology message from the store manager who clarified that delivery can be made to East Malaysia as long as it’s within a valid address. The manager even offered Romeo a 50% discount on the product he wanted to purchase earlier but it was a little too late. 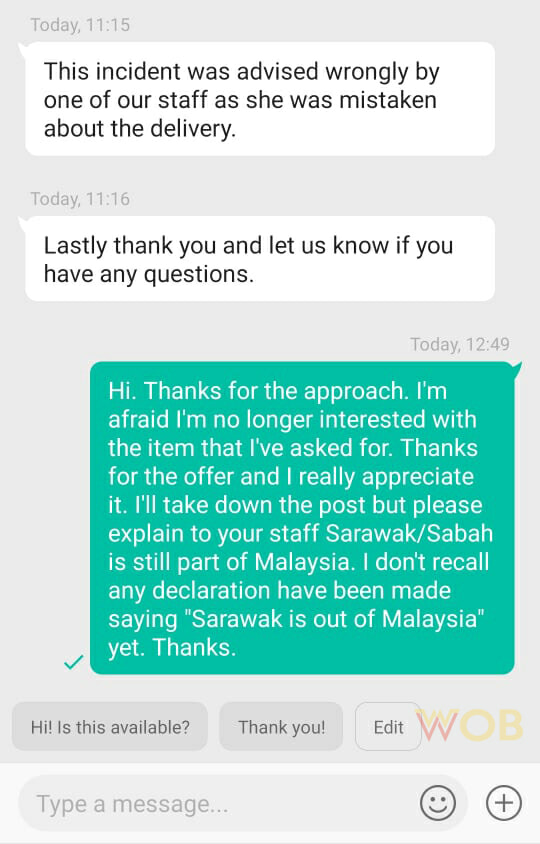 Romeo refused the product and the discount that was offered. He also gave a stern warning to the manager to explain to his staff that Sarawak and Sabah is still a part of Malaysia.

“I don’t recall any declaration made saying that Sarawak is out of Malaysia. Thanks!’

To those living in Sabah and Sarawak, have you encountered any seller like these? Share with us your experience in the comments! 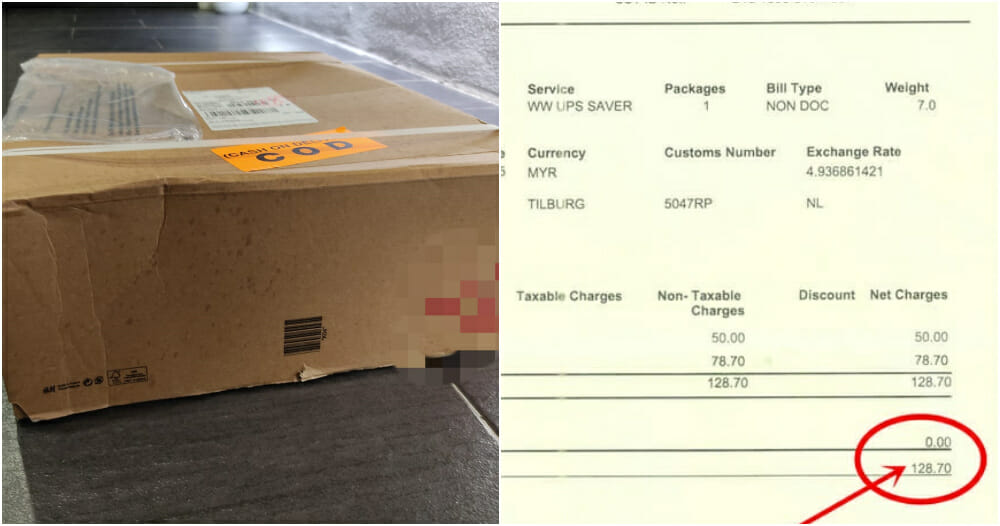