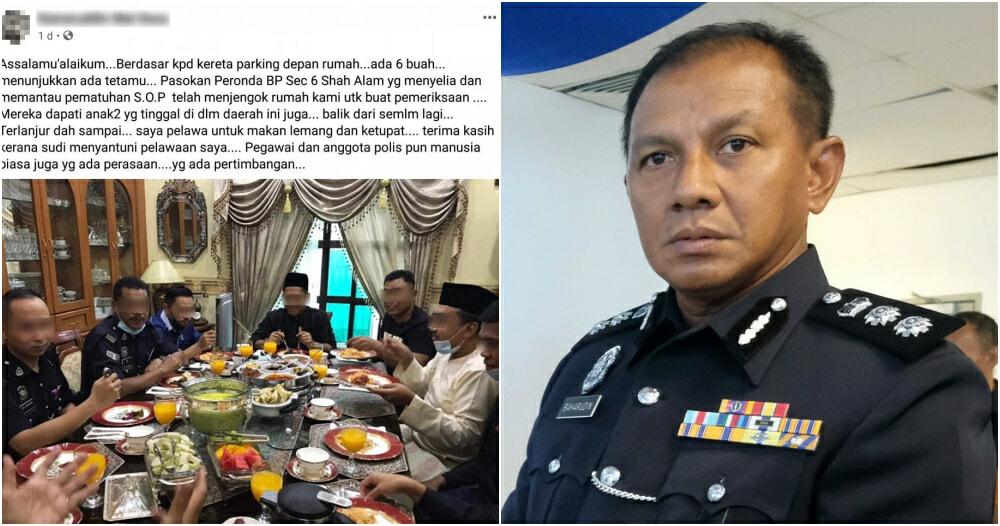 A retired senior police officer received backlash and criticism online after he allegedly invited six other policemen to his home for Hari Raya.

According to New Straits Times and Berita Harian, police are now looking into this matter. Shah Alam police chief Assistant Commissioner Baharuddin Mat Taib said the man had posted a photograph on social media of the six policemen, from Section 6 police station in Shah Alam, to enjoy Hari Raya at his home. 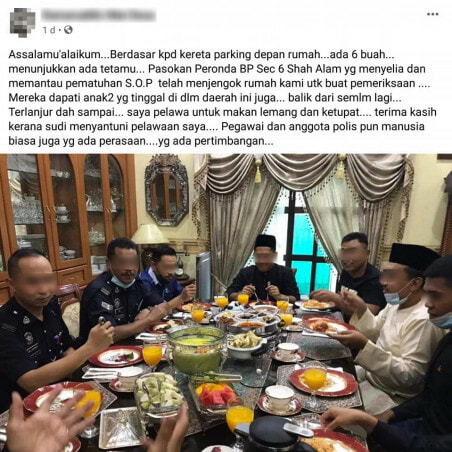 This post has since been taken down on social media. However, screenshots of the post are still being circulated by netizens.

The initial investigations revealed that the six policemen were initially conducting checks at the retired senior police officer’s home on the first day of Hari Raya Aidilfitri, 13 May.

“Police were conducting checks at the house under a Covid-19 monitoring operation as there were six cars parked near the house,” Baharuddin said.

Based on a Facebook posting that was posted by the man on Facebook and Twitter, the six patrolmen stopped at his house after noticing six cars that were parked outside. 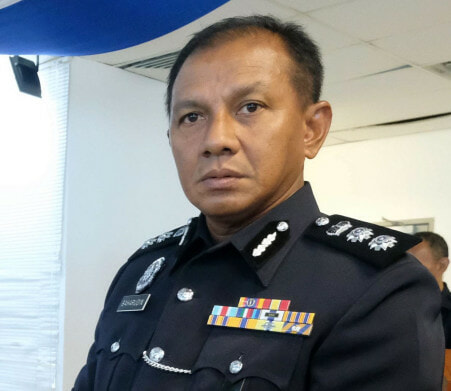 It was later revealed that the six cars belonged to the man’s children, who were all staying within the same district.

Police will be investigating the case under Regulation P.U. (A) 225/2021 for breaching the Movement Control Order standard operating procedures, in which upon conviction, he could face an RM2,000 compound for having visitors, and an RM10,000 compound as a host.

Baharuddin added that once investigations have been completed, they would be referred to the deputy public prosecutor for further instructions. 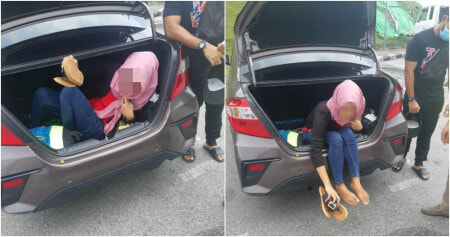