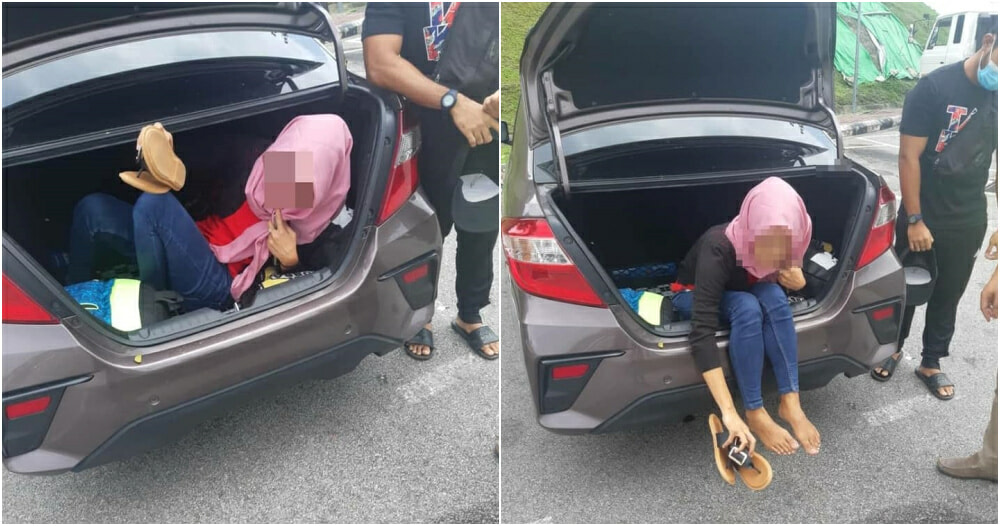 An undocumented Indonesian woman living in Nilai, Negeri Sembilan was arrested after being caught by the police for attempting to cross state borders by hiding in the boot of the car.

According to BERNAMA, the woman attempted to cross the state borders to meet her husband who is residing in Rembia, Malacca. The incident occurred around 2.30pm at the Simpang Ampat Toll Plaza. 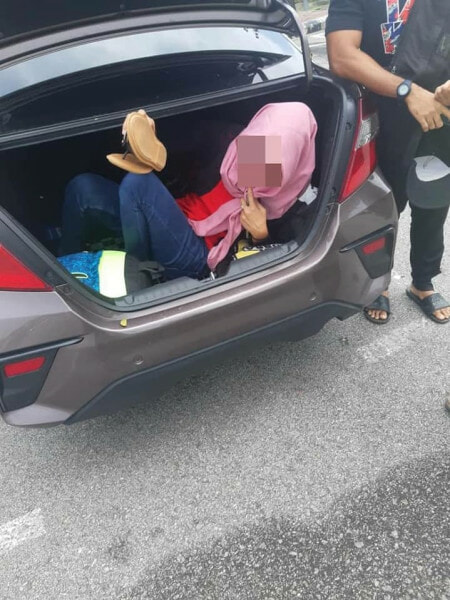 Alor Gajah police chief Supt Arshad Abu said the 23-year-old woman was arrested along with a  27-year-old man who was the driver of an e-hailing vehicle with an address in Seremban.

“Preliminary investigation found that the woman was previously in the back seat of the vehicle she was riding in before switching to the boot of the vehicle a few metres before reaching the roadblock at the plaza toll,” he said. “The woman was found in the boot of the car lying down during the inspection by security personnel at the roadblock,” he explained.

He said the initial investigation found that the woman committed the act after a year of not meeting her husband. 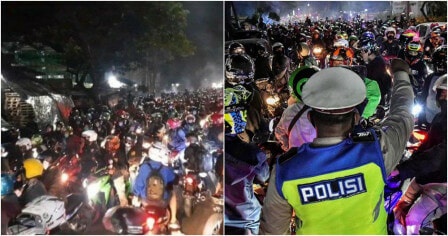