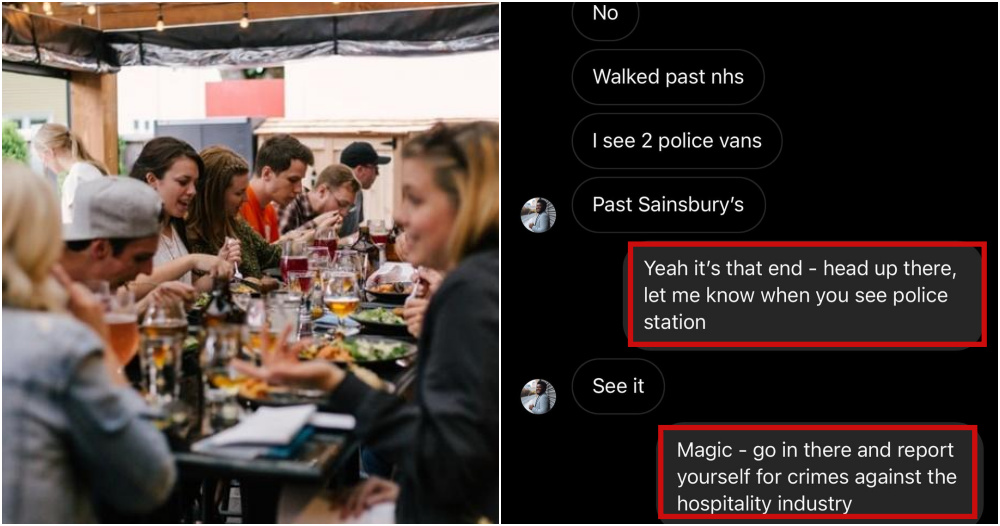 Social media influencer marketing nowadays is a new and effective form of advertising for many brands and companies. SocMed influencers usually get paid for advertising a brand or their products on their social media accounts and for some, they simply get free things to review in exchange for a shout-out on their page.

This social media influencer in London tried his best to get a restaurant to give him free meals in return for a shout-out on his page. Little did he know that the chef had something else in mind and would direct him to the police instead!

According to India Times, the incident took place at a restaurant called Four Legs where the chef ended up baiting the influencer and later on turning him into the authorities for “crimes against the hospitality industry”.

The influencer named Christopher Jesse Okon, who claimed to have over 50,000 followers enquired to the restaurant by dropping them a message on Instagram for several takeaway meals in exchange for advertising them on his social media. 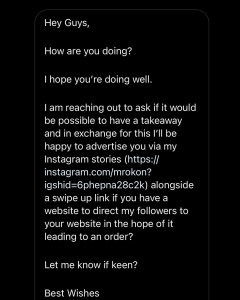 He added that he will even put a swipe-up link to direct his followers to their website.

The chefs at the restaurant agreed to his request and told him to collect the food from Tolpuddle Street in Islington. The influencer immediately agreed to pick up the food from the provided address. 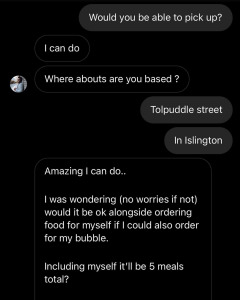 Once the influencer arrived at the location, he dropped the restaurant a message saying that he arrived at a police station instead and that he sees a few police vans.

The chefs replied to him by directing him to the police station and requested him to report himself for ‘crimes against the hospitality industry’. 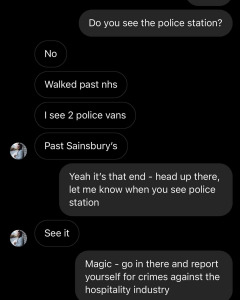 As reported by India Times, the influencer later clarified that he only wanted to provide the restaurant with exposure on his platform and that he did not force them to give him a meal. He also added that they could have simply denied it.

Of course, the influencer slammed the restaurant for sharing the chat on social media and for insulting him in public. 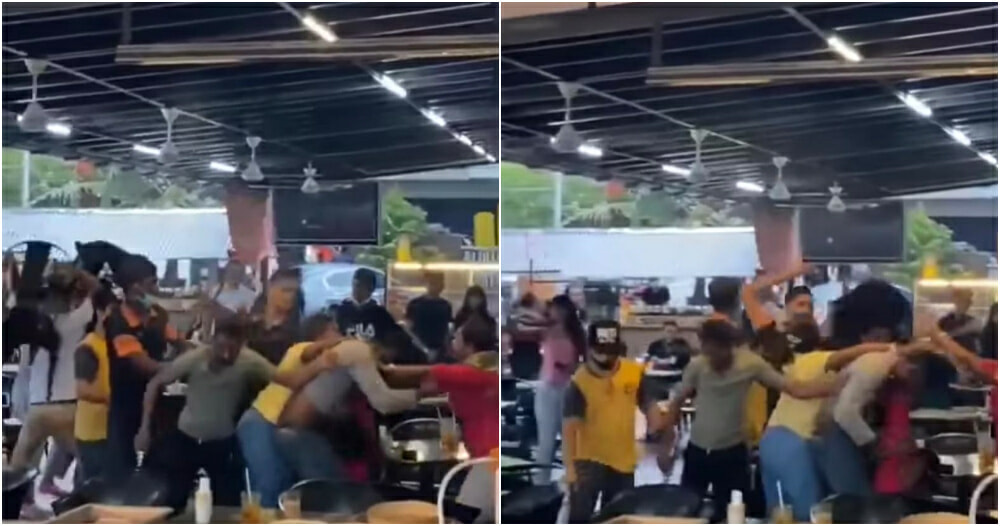