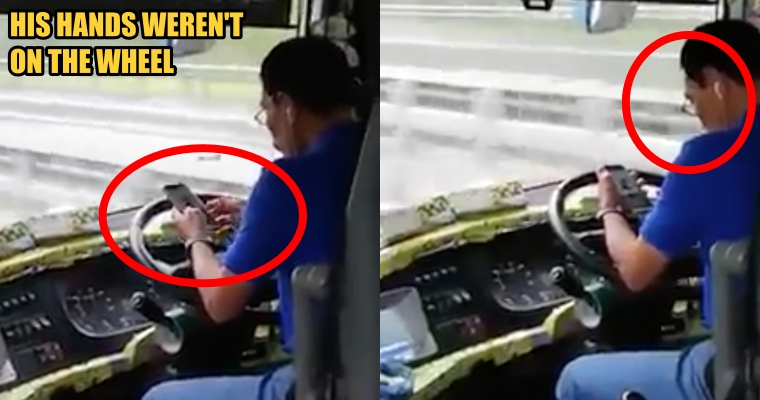 Imagine being on a bus that feels like a scene from Final Destination.

A video went viral yesterday (4 October) after it was uploaded to multiple Facebook pages and groups, showing a bus driver speeding on the highway while using his phone.

Here’s the video that was uploaded on We are Malaysians:

What kind of f*ckery is this?

From the video, the driver could be seen going ‘hands-free’ because he was too busy using his phone with BOTH of his hands! Not only that, his attention was diverted entirely to his phone even though his vehicle was speeding on the fast lane, in the rain. 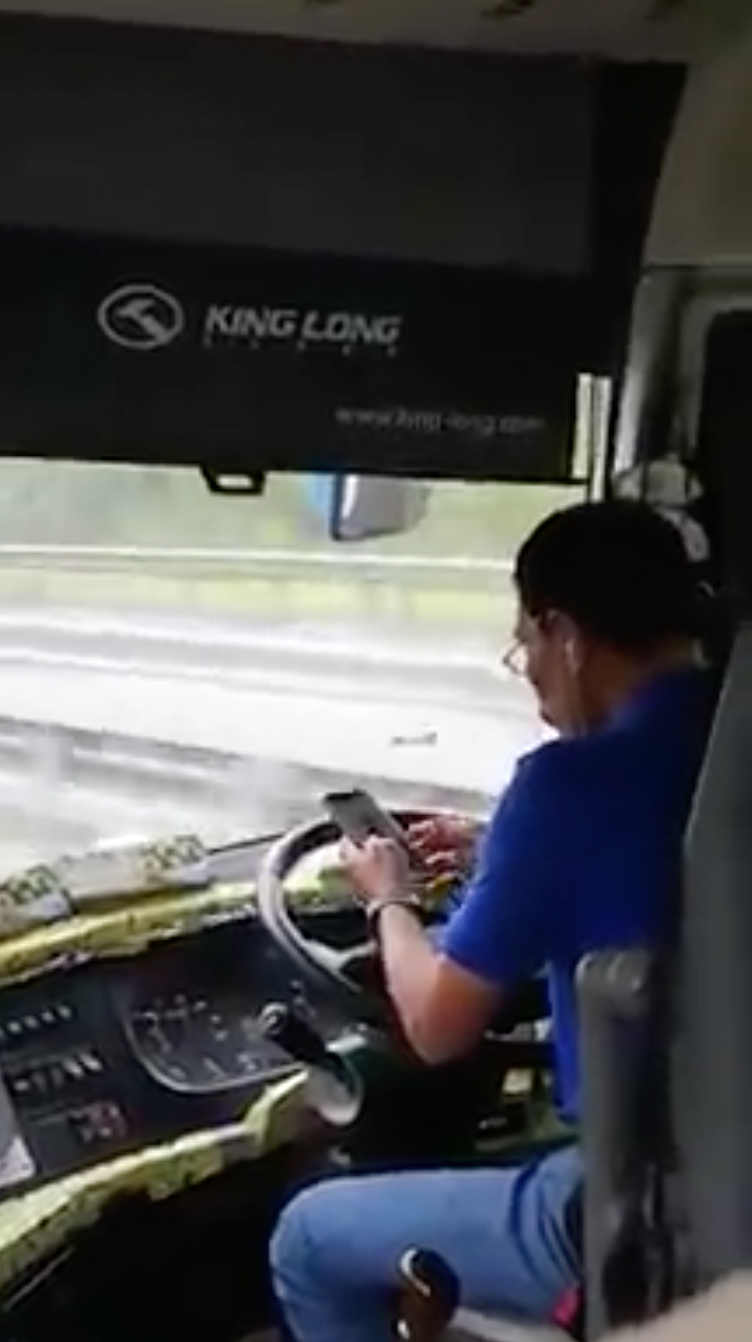 According to the Facebook post, this was a Perak Transit bus with the plate number AKP 9738. The driver was texting at that very moment, which could have felt like seconds before death for the passengers who happened to notice that. Even worse, he was also nonchalantly scrolling on his phone, without looking at the road for a terrifying few seconds!

Our heart rates escalated even though we’re only watching the video. If we were on the bus, we’d be sh*tting our pants while we pray for safety.

Furious upon watching this viral video, netizens condemn such acts by saying he’s putting other people’s lives at stake. 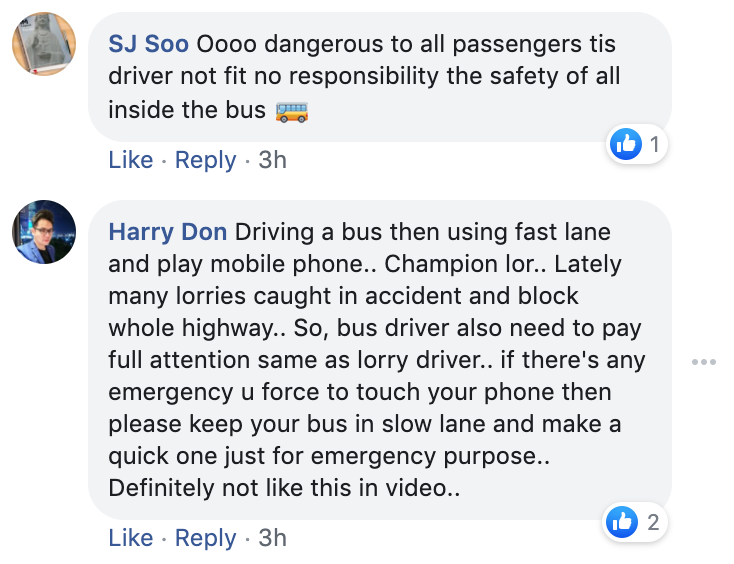 We hope that actions can be taken against the bus driver as it was incredibly irresponsible (and crazy) of him to use his phone while driving. 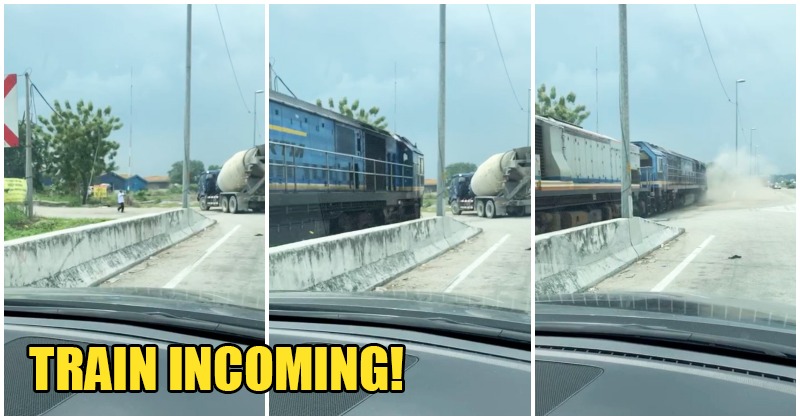