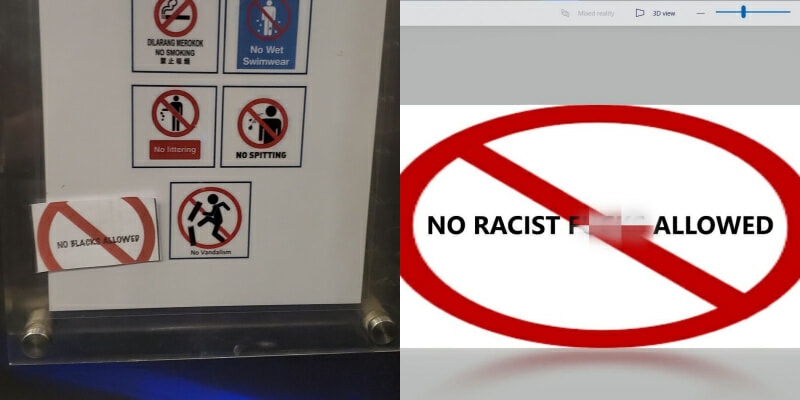 Property rentals, job interview invites, businesses and many more in Malaysia, have time and time again revealed a deeply-rooted disease we have in this country – racism.

When most are all for equality, time and time again, incidences of racial discrimination will rear its ugly head for all to see.

Taking place at a condominium lift, a sign was vandalized with a piece of paper stating “No Blacks Allowed” went viral on Reddit.

In the Reddit post, the writer writes, “I wish I was making this up, but no. This was in my condominium lift.”

“Someone added on a piece of paper saying “No Blacks Allowed”.

Netizens commenting on the Reddit post, was also less than impressed with the actions of this particular person.

“Just tear it off and see if he is dedicated enough to just come back and stick it on again.”

“Or even better, replace it with no racism allowed.”

In a different discussion, the image owner mentioned “I replaced the racist sticker in the lift with my own sticker with hopes that whoever put it there in the first place sees it.”

Etched with the words “No racist fxxxx allowed”, we are sure the one who posted the earlier message will get the memo.

Let’s hope that more Malaysians will start to stop racism wherever it maybe.

Also read: WATCH: Kind M’sians Comfort & Help Elderly Man After His Only Son Scolded Him Over The Phone 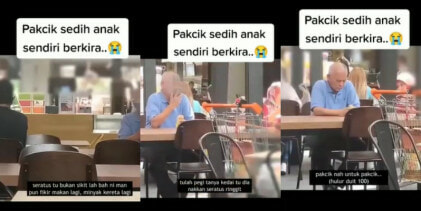