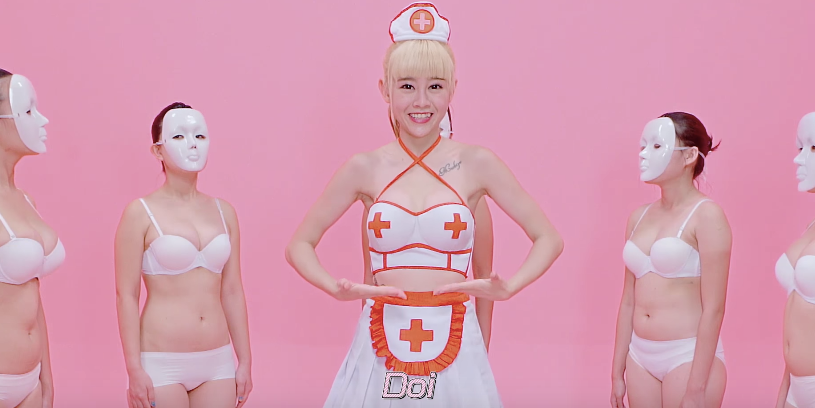 A song produced by Namawee has been circulating not only in Malaysian soil, but internationally as well after it was featured on 9GAG!

The song titled ‘MiMi’ (a mandarin slang for breasts) was sang by Michiyo Ho and it garnered over 1.2 million views for the video. 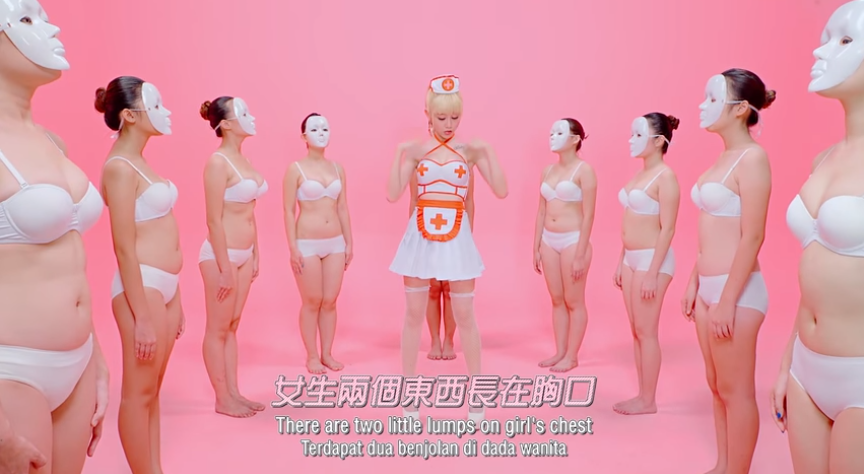 Besides the catchy tune and amusing lyrics, the song is actually aimed to spread awareness for breast cancer.

Netizens from all over the world gave their opinions on the song, with some calling it weird while others confessed that they actually liked it!

“Wtf am I watching?” one commented.

“Am I the only one who likes this song?? And I’m not Malaysian.” another wrote. 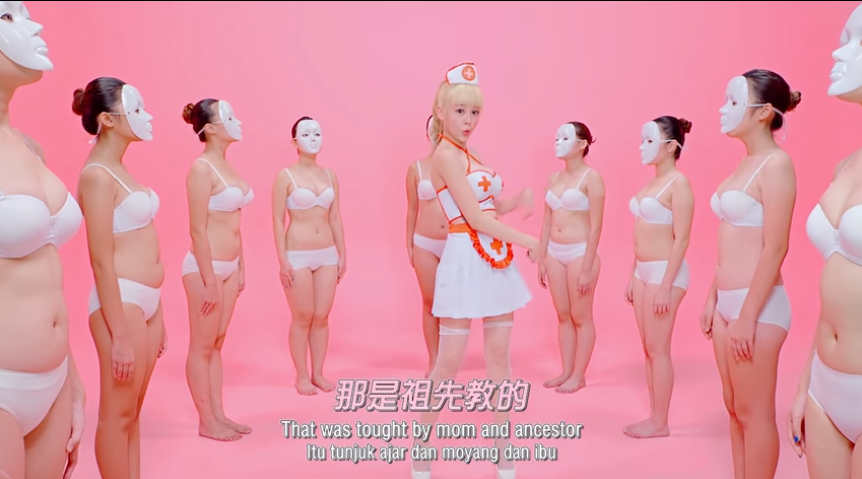 While most took to liking the entertaining track, some peeps in Malaysia criticized it for its ‘provocative’ manner.

In the video, Michiyo is dressed in a sexy nurse outfit while 9 girls in masks stand around her in underwear. She also (obviously) sings the lyrics about breasts.

But is the song really provocative? You be the judge.