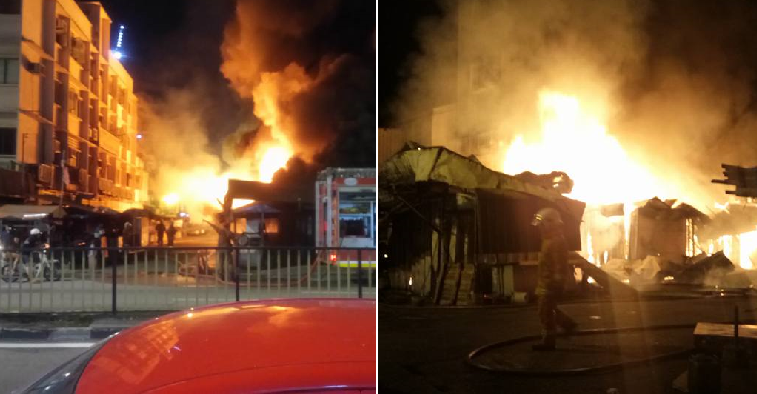 Oh no, this is terrible!

Just recently after the news of Seremban’s wet market going up in flames last week, it appears that another one of our favourite makan places in Kuala Lumpur has suffered the same fate. 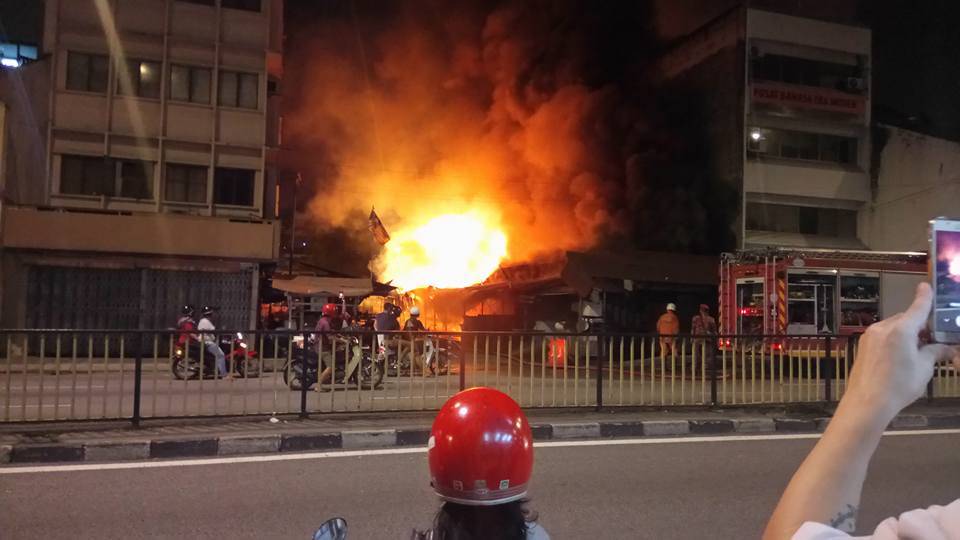 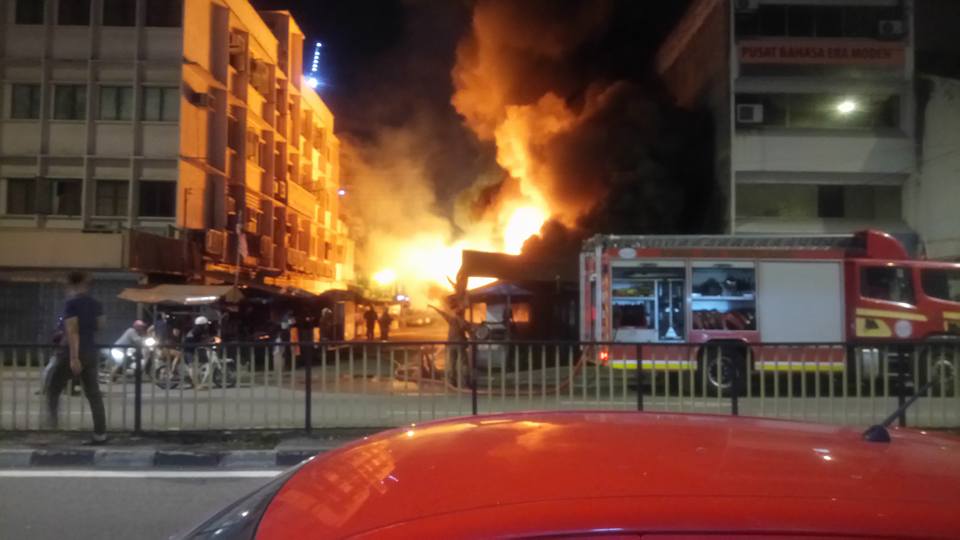 According to a Facebook post shared by a netizen, it appears that a massive fire took place about 1.40am this morning (September 15), which razed through some of the stalls on Pudu’s famous Glutton Street or more affectionately known as “Wai Sek Kai”.  No, say it isn’t so!

In the post, the video shows firemen and police at the scene, battling with the huge fire as several shocked onlookers watched from a distance. Luckily, as the fire happened during the wee hours of the morning, all the stalls were closed and it doesn’t look like there was anybody at the scene when the fire occurred. Thank goodness! 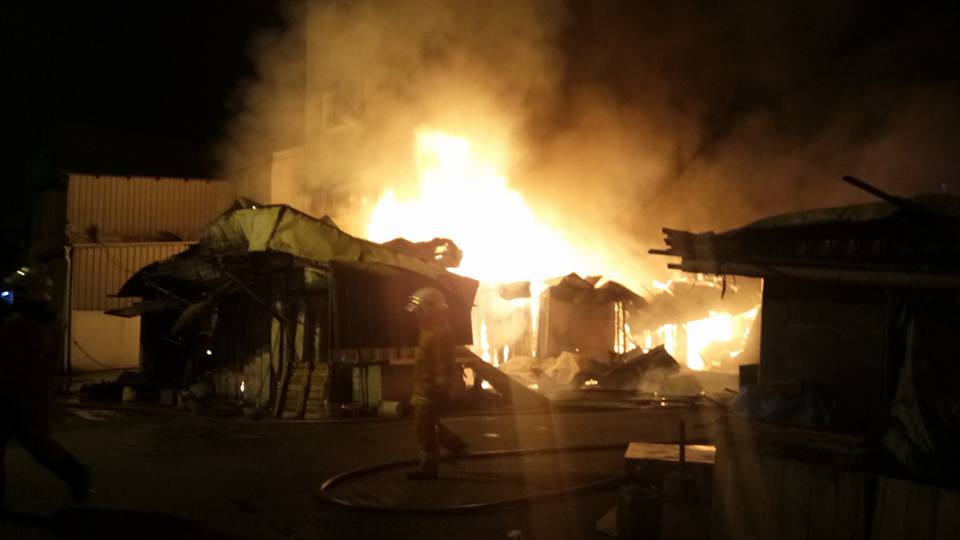 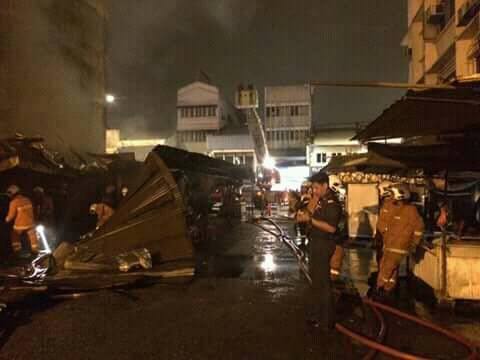 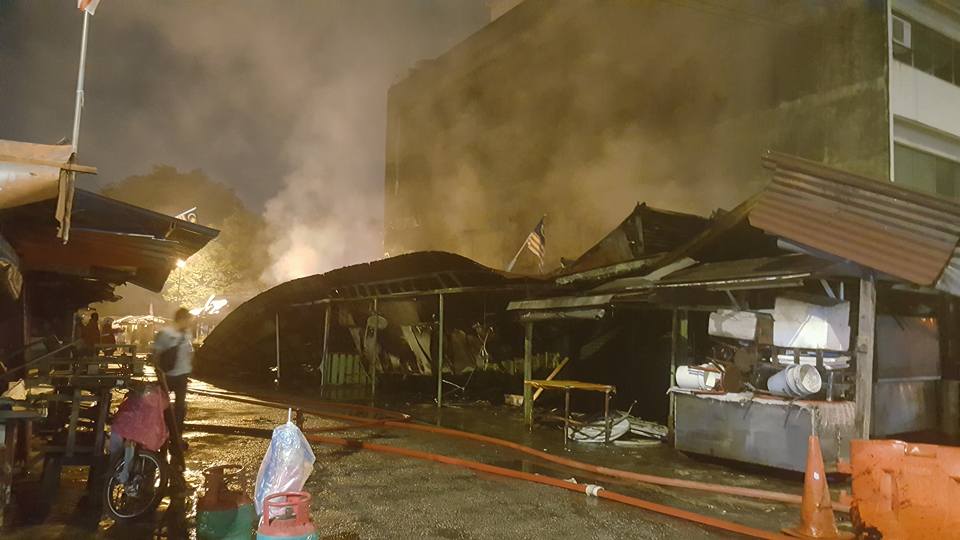 The firemen who were seen dousing the flames and trying to put them out finally succeeded in doing so. As of now, there have been no news of any casualties reported or the cause of the fire, however, netizens who saw the post lamented the loss of this famous food street that has been around for more than 60 years. Remember eating that crispy fried chicken, hearty porridge and washing it all down with a chilled cup of herbal tea? 🙁

The fire appears to have started at the middle of the street so it looks like some of the stalls are still standing. A netizen who had a stall there commented that all the stalls along the street will be closed for the day. Meanwhile, some of them said, “Oh no, the place that we always go for our meals is gone!” Another said, “Gone, my favourite place to eat is gone. How lah?” 🙁

Hopefully the place will be restored soon so that we can get to enjoy our favourite food once again! 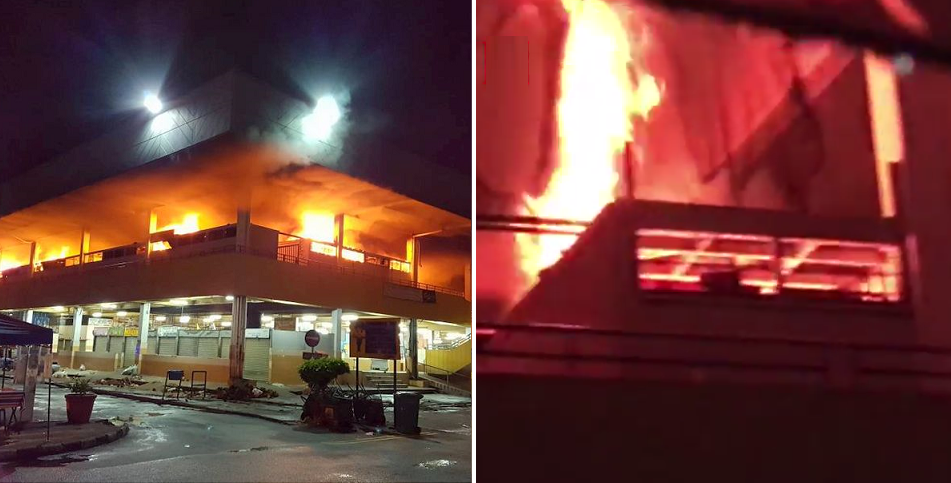