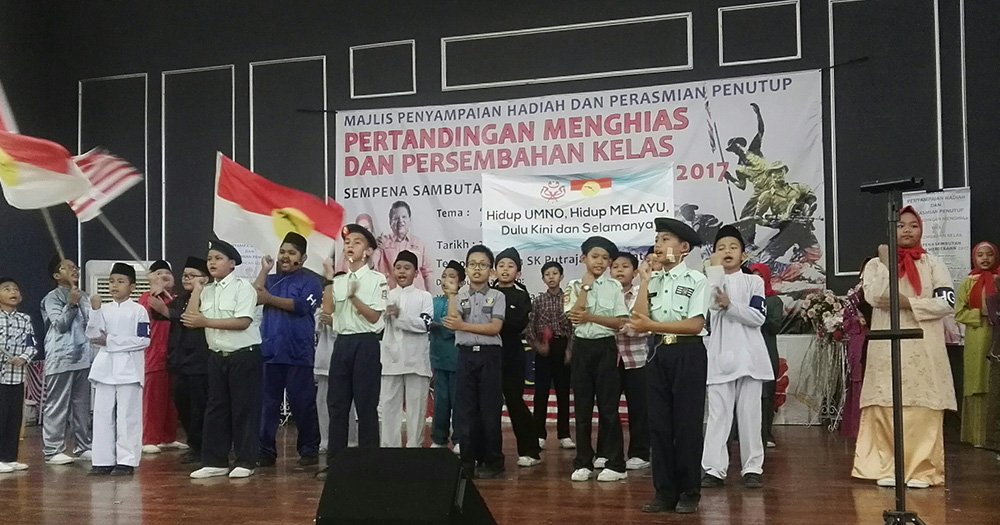 Well, this is certainly interesting! A national primary school, SK Putrajaya Presint 14 (1) apparently held an UMNO-themed event in the premises where the students were allegedly asked to sing the UMNO song and wave their flags, which garnered much attention nationwide. 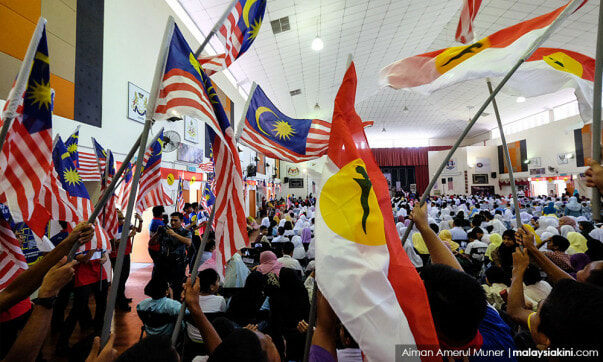 According to KiniTV, the event which took place on October 3 was supposedly for the award ceremony for a class performance and decorating competition. It seemed like a rather huge event because even our Federal Territories Minister Tengku Adnan Tengku Mansor attended it.

The event was reportedly organised by the Federal Territories Ministry and the school was decked out in the national flags and UMNO’s very own party flags. When Tengku Adnan walked into the school, he was greeted by a row of students waving both flags while singing UMNO’s theme song, Bersatu, Bersetia, Berkhidmat. 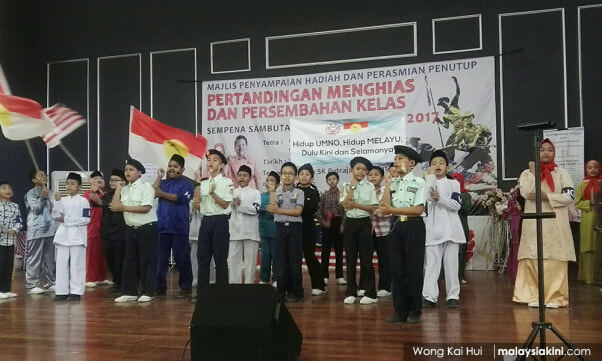 In fact, the theme of the event was UMNO dan Kemerdekaan #Negaraku, as seen on a banner that was displayed on stage. It was reported that the theme was decided by the Federal Territories Ministry. Other UMNO paraphernalia was noticeable as well, with a banner at the stage proclaiming the words, “Hidup UMNO, Hidup Melayu, Dulu Kini dan Selamanya” (Long live UMNO, long live the Malays, then, now and forever).

Meanwhile, Tengku Adnan also took to the stage to make a speech and he had reportedly encouraged a teacher present to join UMNO. When he finished his speech, the young students there chanted, “Hidup UMNO!” 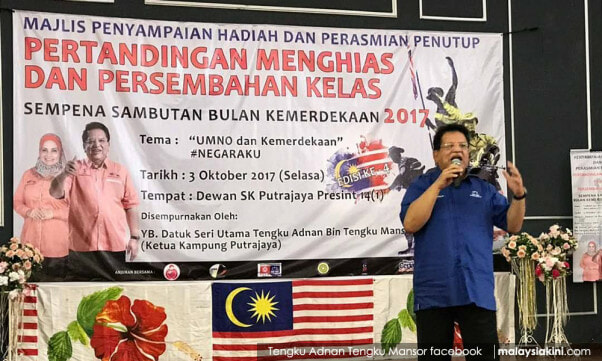 This issue has been hotly debated on social media with Malaysians from every walk of life criticising this act as places of education were supposed to be free from politics. Besides, those are primary school kids, don’t think they can even vote! There were even UMNO and Jalur Gemilang nasi kunyit served at the event.

FMT reports that Parent Action Group for Education (Page) has expressed their dissatisfaction about the school being used for political purposes and urged the education ministry to take action. Page chief Noor Azimah Rahim said, “It’s obvious that the children were turned into political tools. Of course, children will do what they are told to do, but how did this happen so blatantly?” 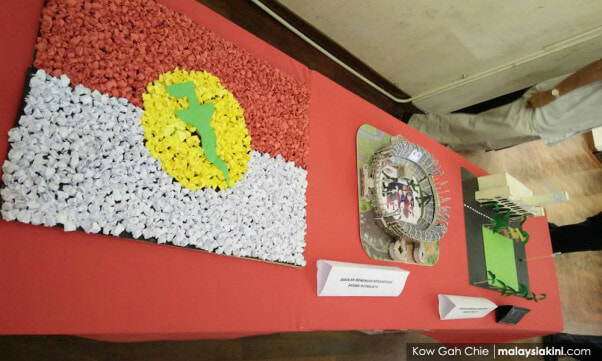 She encouraged parents to lodge a formal complaint with the ministry as the students were in school to learn. She added, “The principal should have made attempts to keep this from happening. The school does not belong to UMNO.”

In their defence, when the principal of the school Mohd Amin Hamzah was interviewed by Malaysiakini, he said that he “hasn’t done anything wrong”. He said, “Actually, it (the political element) wasn’t too obvious. We’re just supporting the Federal Territories Ministry for holding this activity. This has nothing to do with politics.” 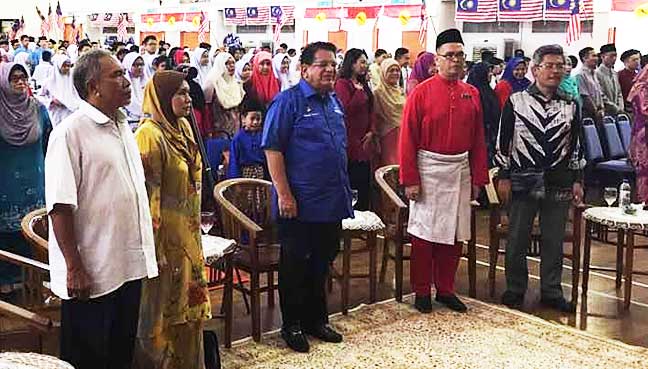 When asked about the UMNO flags decorating the building, he said that it was just “temporary”. He also said that they did not break any regulations set by the education ministry and quickly went off. Tengku Adnan did not give any comments regarding this issue.

Other groups have also appeared to defend the school, with one of them being Gabungan Pelajar Melayu Semenanjung (GMPS) leader Zamri Mohd Isa. MMO reported that he said the students were made to learn the song so that they could “know what is UMNO”. 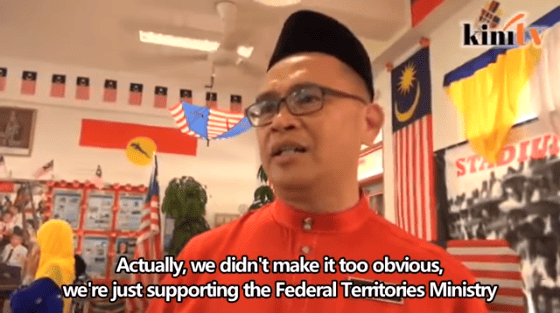 What do you think of this event? Yay or nay? 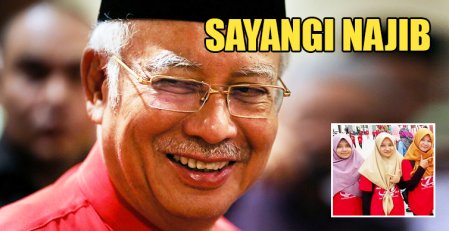