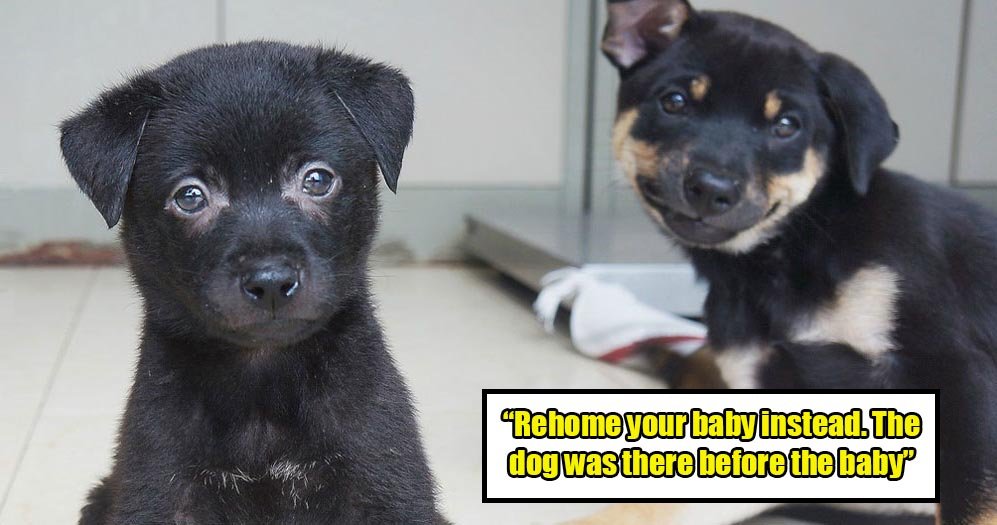 The internet is an odd place, especially the people using it. Sometimes they are nice, other times they are just inconsiderate and rarely think twice before attacking someone. For instance, this expecting mum from Singapore who got ‘attacked’ by a netizen after requesting on Facebook to re-home her mongrel. 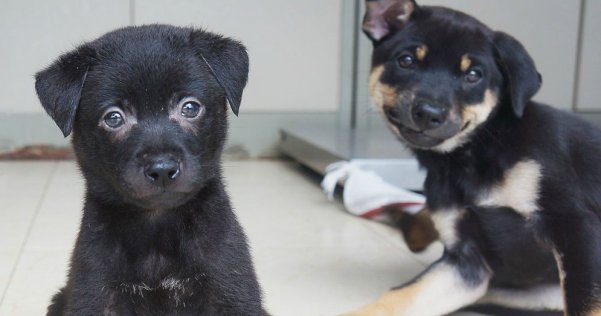 According to Mothership, Joyce Wong, who is expecting her second child, is looking to re-home her three-and-half-year-old mongrel. According to her post in a private Facebook group named Pets Up For Adoption (Singapore), Wong had supposedly owned the dog for the past two-and-a-half years after adopting it via Save Our Street Dogs (SOSD) Singapore’s Project ADORE. Now, the reason Wong is putting up her furry friend for re-homing is because of its territorial behaviour.

Wong added that her son was bitten three times by the dog and had to be taken to the hospital to treat his injuries. She had also tried to send her dog for behaviour training with three different trainers but it was all in vain. Hence, with the new baby on the way, she is very concerned that the baby could be potentially harmed by her dog. A valid fear, tbh!

Wong said she first looked for help from friends, relatives, and pet-lovers websites like SOSD. Whilst looking for help, she stumbled upon a group named “Exclusively Mongrels Limited”. She decided to try her luck and sent a message to the person in charge.

However, what seemed like an honest request quickly turned into an unwanted quarrel when the person in charge, Ong gave a snide response to Wong’s request. 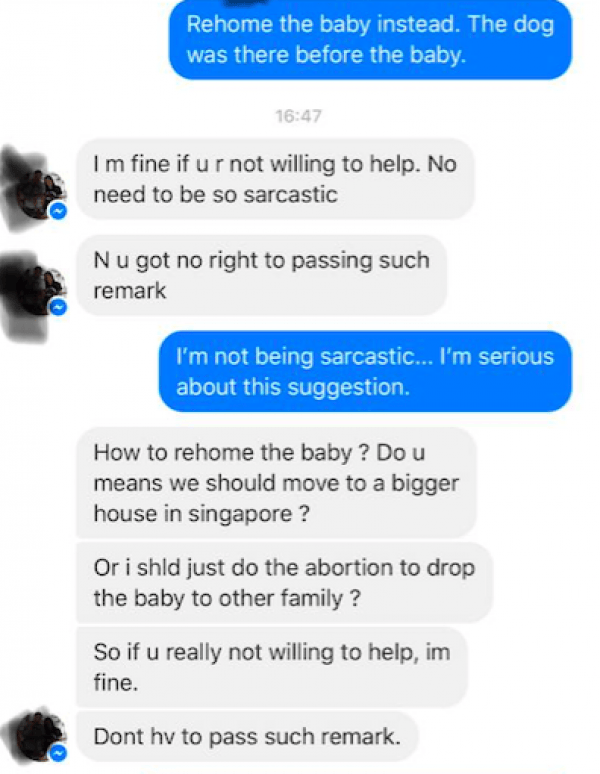 What man in his right mind would ask a mother to give up her child? Ong didn’t stop there; he proceeded to accuse Wong of being selfish and irresponsible, stating that he was indeed not being sarcastic but was serious when he suggested her to give up the baby for adoption. Poor Wong, she was only a concerned mother. 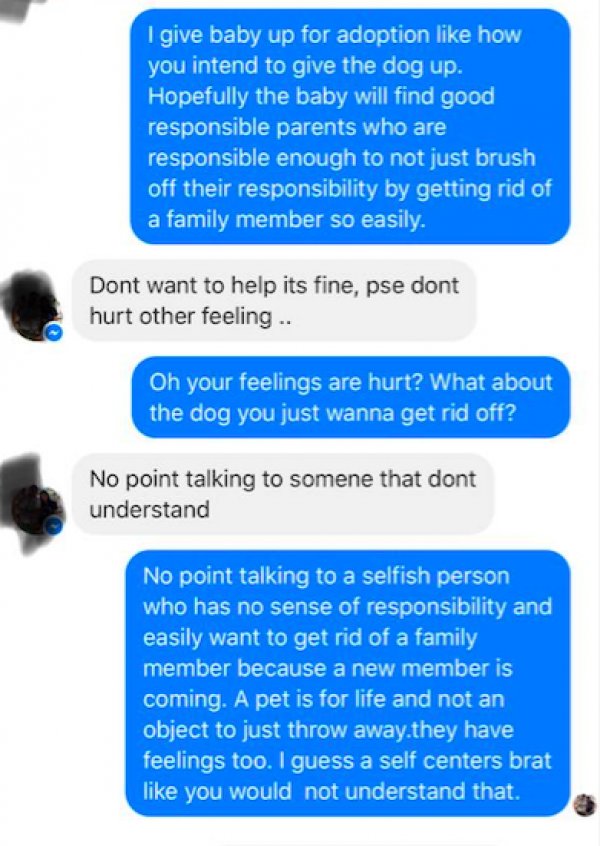 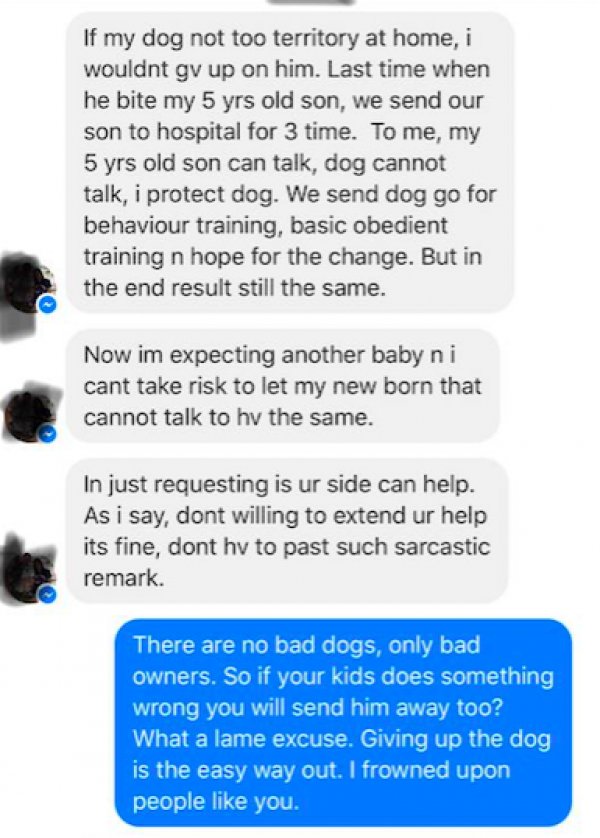 Despite Wong’s tireless effort to make Ong understand her situation, he simply shut her down with the classic “There are no bad dogs, only bad owners” line. 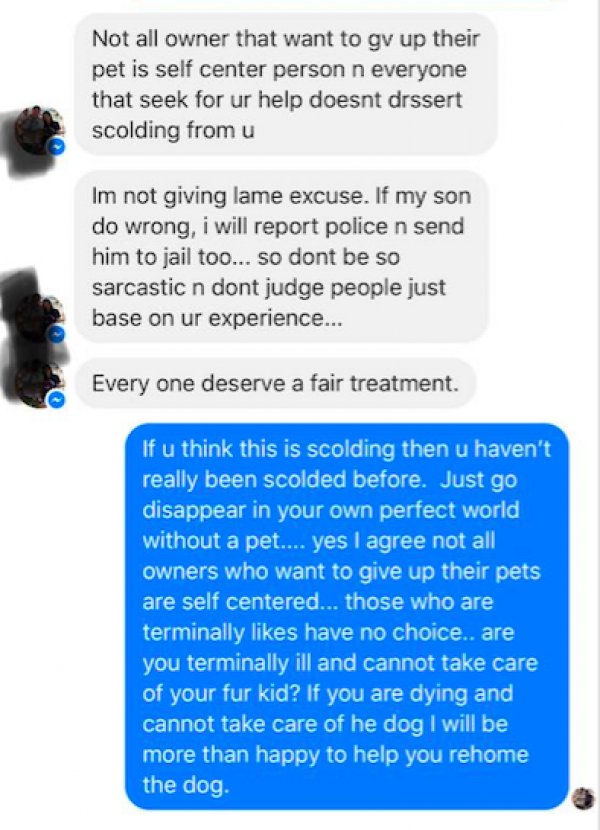 In the end, Ong agreed to help but resented Wong for giving up her dog. Wong ended the conversation by gracefully ‘thanking’ Ong for his ‘free’ lecture. 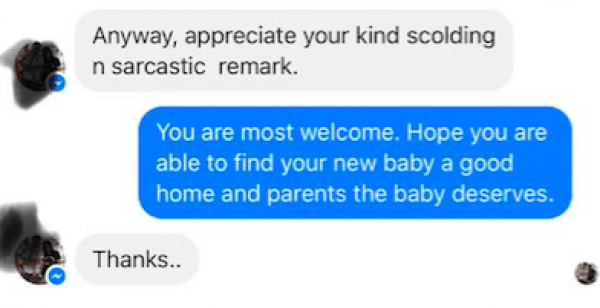 IMHO, Ong’s reaction to Wong’s request was uncalled for. There was no need for him to verbally abuse the expecting mother in such a way; he could’ve tried to understand the concern Wong had and offered sincere help. What are your thoughts of Ong’s remarks towards Wong? 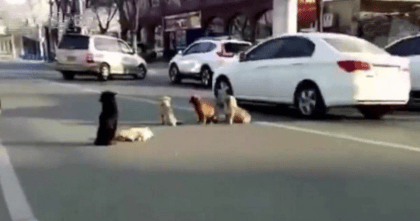