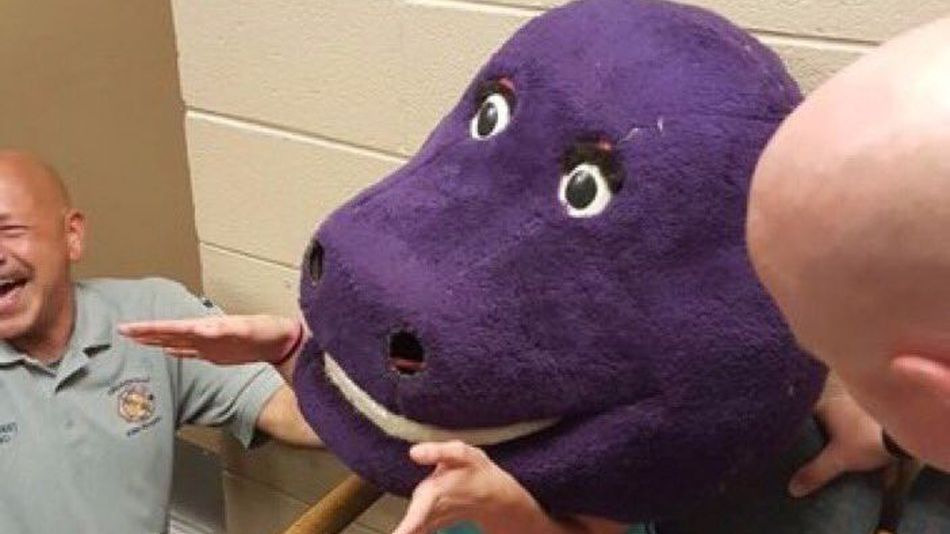 Prank gone so wrong the cops had to be called in. But who could’ve kept a straight face in such a situation? Surely not that cop on the left amiright?

Darby Risner, 15, was at a slumber party on Sunday at her church in Trussville Alabama, when she decided to pull a prank on her friends.

Because, why the heck not – it’s a freaking slumber party and you’re a teen.

She donned the head of Barney the Dinosaur, which her pastor had bought as a costume several years ago at a local sale.

With the intention to scare the living lights out of her friends, Darby waited with the prop on her head at the foot of a staircase. Unfortunately, the heaving purple head slipped over her shoulders and would not budge.

Seeing that not even a trusty pot of Vaseline could set poor Darby free, their friends faced no choice but to turn to their local fire department.

“When they walked in, you couldn’t help but start laughing,” Trussville Fire Lt. Vince Bruno told AL.com. “We tried to be professional, and she was a little distraught, but we had to giggle about it.”

Firefighters eventually managed to make several cuts into Barney’s head, giving Darby the room to wiggle off the mighty head.

According to local reports, Darby is now doing quite well despite a mildly traumatic ordeal. However, she was being a good sport out of it, despite having Barney devour her.

“I have laughed about it,” she said.

I’m sure most of us have gone through the stupid teen phase where we’d have cringe-worthy moments ourselves. Well teens are just going to be teens.

On other news that a guy tricked the world: How I Pick Up Asian Girls by Manipulating the Media 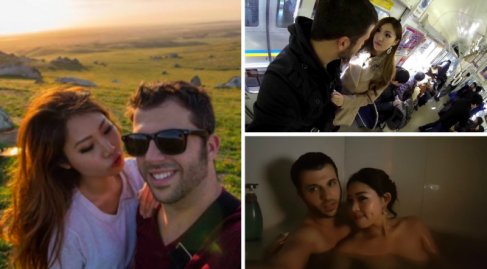