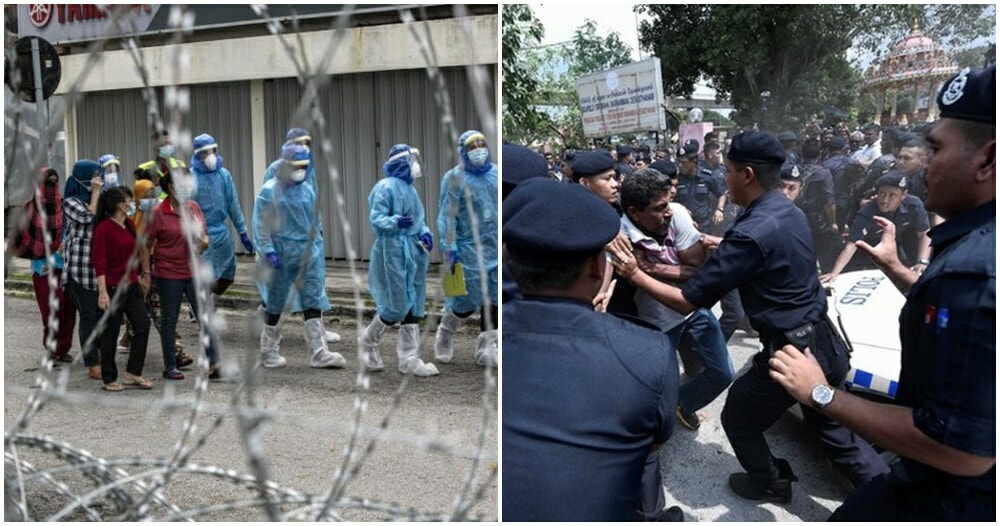 Amidst the high of celebrating our nation’s independence day, let’s not forget the significance of what makes Malaysia a truly special country that many races call home. While racial diversity is one of our greatest strengths, it’s also a crucial issue that nobody wants to address.

Racism is never an easy topic to talk about. But that doesn’t mean we shouldn’t talk about it. Racial discrimination has been a global problem for ages now. You don’t have to be an activist to know that discrimination against another person for the colour of their skin is WRONG! 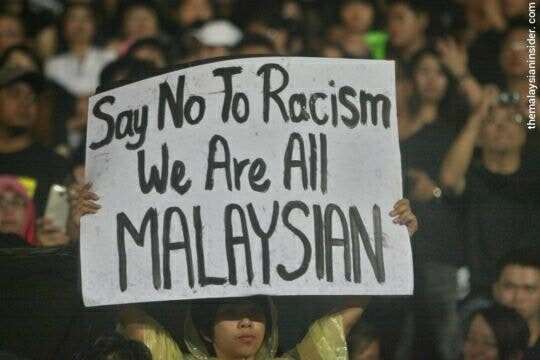 The fact of the matter is that we all play a part in taking action against racism. And in a country like Malaysia, that prides itself as a “melting pot” of mixed races, cultures and religion, we need to do a better job at understanding each other to fight this prejudice.

So now the question is, how do we start?

Before change can start in the community around you, it has to start with you. Recognising that racism is not okay is just the first step. You have to educate yourself on the history of racism in Malaysia and how this has shaped our society today. In a research paper called, “Fault Lines and Common Ground in Malaysia’s Ethnic Relations and Policies”, it was discovered that the main causes of racial conflict among the three main ethnic groups (Malay, Chinese and Indian) stem from religious differences, vernacular education and bumiputra policies. 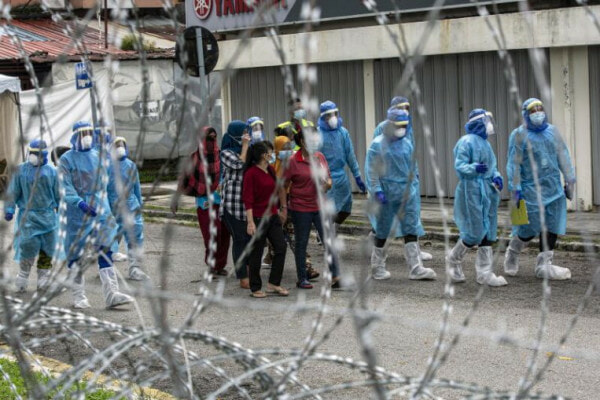 But racial discrimination doesn’t just involve the three main ethnic groups, there is a long history of xenophobia, anti-blackness and injustice against immigrants in our country that’s still being practised today. SCMP’s article on “Malaysia’s secret ‘hell’: victims of violence, extortion and abuse of power in immigration detention centres” reveal some of the most horrible experiences endured by immigrants in our country.

In this day and age where knowledge can be shared with just a tap on your screen, there is no excuse for ignorance. However, keep in mind that educating yourself is an ongoing process.

Privilege is not a bad thing. In fact, recognising your privilege and using it to help others who do not have the same opportunities as you make you a powerful ally against discrimination. While the discussion of privilege is not limited to race, it is a factor that plays a part in understanding why certain members of society are treated differently. For example, any Bill undermining Malay privileges would be caught by the law of sedition, and the Constitution permits Parliament to prohibit the questioning of any matter, right, status, position or privilege protected by Article 153. 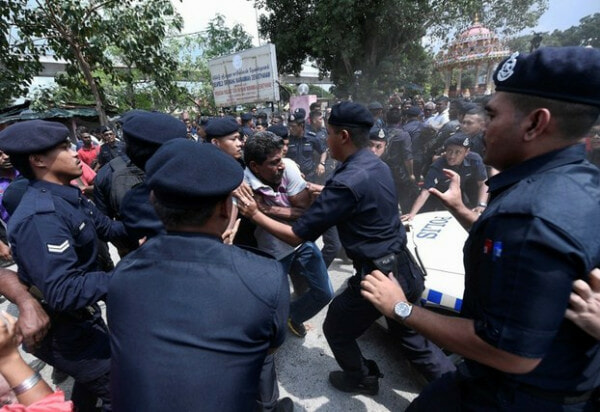 On the other hand, Indians make up less than 7% of the population. But up to 23% of official reported deaths in police custody are formed by this race group. According to SUARAM’s Annual Human Rights Report, this figure is actually under-reported and is actually estimated to be at 55%.

Using your privilege to help others doesn’t mean you’re giving up your rights. It means using your advantage in society to help the underprivileged stand on equal ground with you.

3) Talk to your friends and family about it

Now that you’re educated and aware, what’s next? Use your sphere of influence to talk about it. You don’t need to have a thousand followers on Instagram to speak out against racism. It could be as simple as calling out your friends for using racial slurs like k*ling or n*gga even if they claim that they’re just “joking around”. If you’re unsure of whether the terms you use are racially charged, look it up! This article might help. 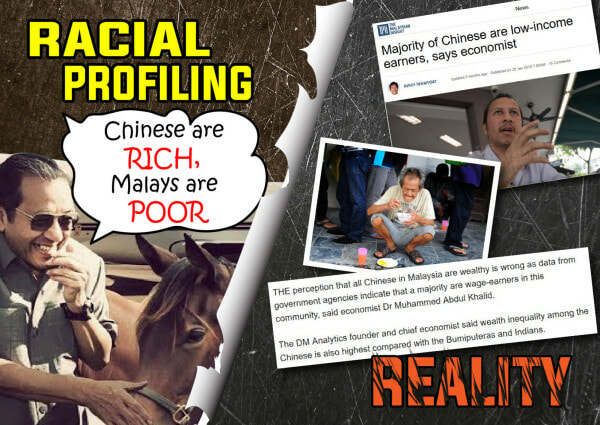 Photo was taken from mca for illustration purposes only.

But it doesn’t stop there. We also need to talk to your family about it. Have you ever heard of these generalisations coming from older family members: “Malays are lazy”, “Chinese are stingy”, “Indians are dirty”? If you have, then you know exactly why this needs to be addressed.

Bear in mind that these conversations will be difficult but necessary. Nobody likes to be told that they’re racist. But approaching these talks in a way that will allow both sides to be heard will help. This Twitter thread is a useful way to start.

The reason why movements like #BlackLivesMatter and #MigranjugaManusia were on every social media platform you log into is because people are actively sharing and spreading awareness of these campaigns. Staying silent in times of injustice is a privilege. Use your platforms, no matter the size, to start important dialogues with your peers about oppressive systems that advocate racial oppression.

If you want to take it a step further, donate to organisations who are actively working to dismantle racial prejudice in our communities. Many of these organisations are non-profit, which means they rely on donations to continue their efforts! Organisations like Freedom United and Project Liber8 seek to stop human trafficking-a problem that has largely caused the mistreatment of migrants in our community.

5) Get involved in community efforts

Unfortunately, the fight against racism doesn’t stop at posting a black square on your Instagram or championing hashtags like #BlackLivesMatter or #MigranjugaManusia on your social media platforms if you’re not going to actually do anything about it after that. Yes, spreading awareness online is a good way to start. But it shouldn’t be where you stop. 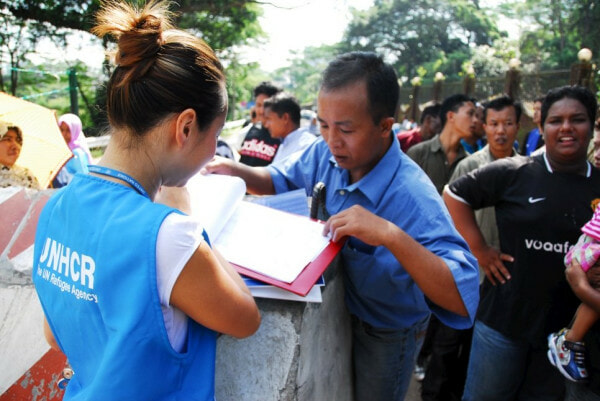 Anti-racism shouldn’t just be a trending topic that dies down after you get bored of it. Stay informed with what’s happening in your community and ways to help out! Here are some organisations to help you get started:

While this is a good starting point, you can always go further and do more. It’s not enough to “not be racist”. You have to be actively anti-racist to stand up against the face of injustice.

Also read: Why #BlackLivesMatter Should Be An Important Movement To Malaysians