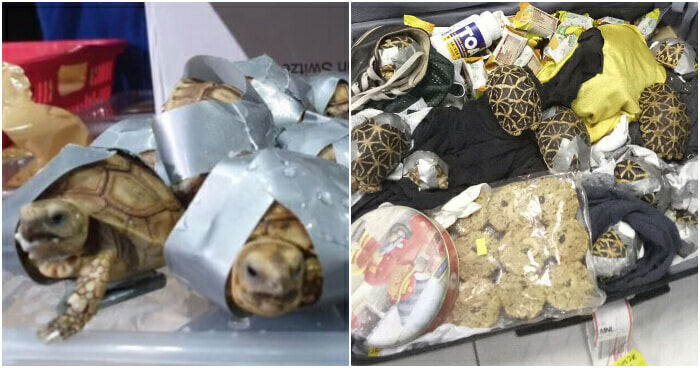 The illegal trading of animals happens more often than we know, and sometimes right under our noses! This recent case occurred right in Manila airport when over 1,500 turtles and tortoises were found wrapped in duct tape in four unclaimed pieces of luggage.

This past Sunday, March 3, four pieces of luggage were left in the arrivals area of Ninoy Aquino International Airport, according to BBC. Once the pieces of luggage were opened, a total of 1,529 live turtles and tortoises of various species were discovered, wrapped in duct tape and crammed into boxes no less! The poor creatures! 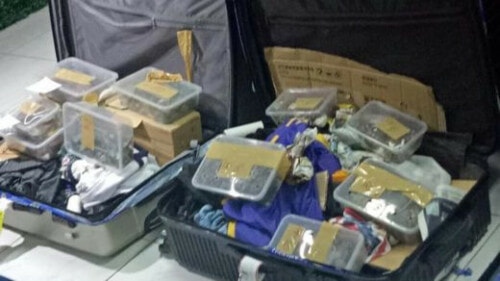 Shockingly, the reptiles are estimated at a value of 4.5 million pesos (approx. RM352k), and the Philippines police now believe that the original carrier had abandoned his cruel mission after finding out the heavy penalties for illegal wildlife trafficking in the country. Those who are found guilty could face two years in jail and a fine of up to 200,000 pesos (approx. RM15k). This is why harsh punishments are so important!

Among the kidnapped sea creatures are tortoises of the Sulcata Tortoise species, which have ‘vulnerable’ status on the International Union for Conservation of Nature (IUCN)’s Red List of Threatened species. That, and the fact that they’re in demand as exotic pets, and popular in traditional medicine or as delicacies, likely contributed to their combined high value. 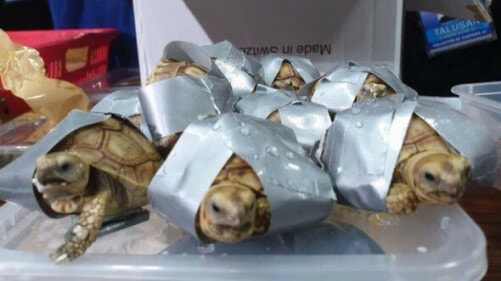 The reptiles are currently in the care of Wildlife Traffic Monitoring Unit.

As sad as it is that these gentle creatures have been ripped from their natural habitats, we’re glad to hear that at least they are in safe hands now! Remember, we can always do our part to stop animal poaching and trafficking, by refusing to buy products of endangered animals or eat delicacies made from them. 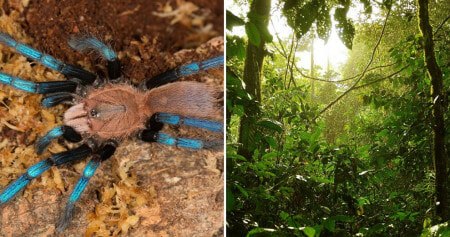