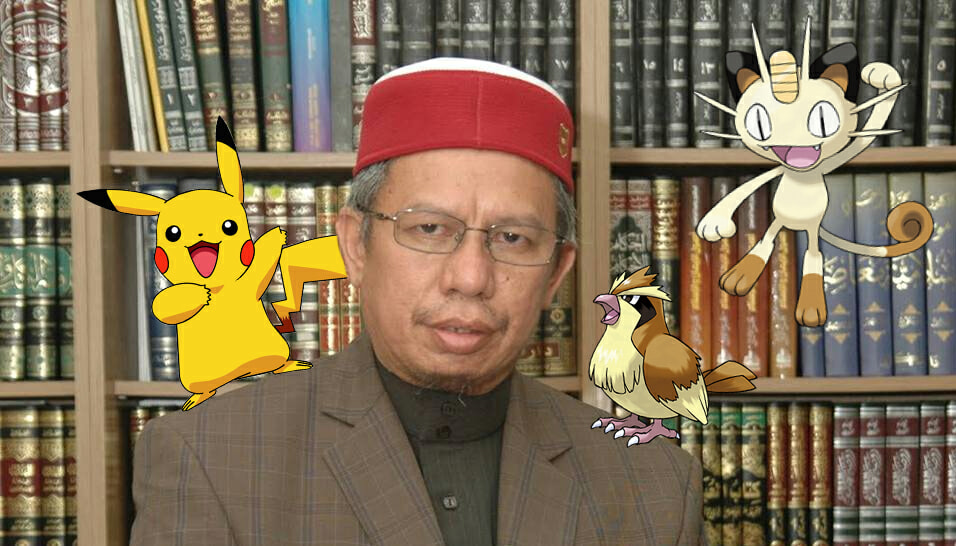 Months of waiting with baited breath for the game of 2016 — Pokémon Go to reach Malaysian soil has finally come to an end but it seems some players will face a whole new meaning of agony – the agony of it being banned.

Several groups have already made their stance in regards to Pokémon Go before the game reached Malaysia, saying Pokémon Go is haram. One group even went so far as to lodge a police report against it, stating that “in the end, everyone would become cartoons in Malaysia”.

Now, more voices are joining in the protest and it seems that things are getting serious.

According to Mufti of Federal Territories Datuk Dr Zulkifli Mohamad al-Bakri, although it’s not a strict ban on Muslims, they are nonetheless not encouraged to engage in the game due to the principles of maslahah (public interest) and harmful consequences. He added in his statement that the ruling was made at the Federal Territories Islamic Legal Consultative Committee meeting on Aug 1.

“After studying the opinions of religious scholars and the fatwa (edict) issued, we agreed that the edict has a basis and that Pokemon Go and all the Pokemon characters should be avoided as it can bring harm.

“The game promoted a search for power and deities with certain powers which could lead to gambling.

“Based on previous cases, the game also allows foreign surveillance, breach of private space, and could also lead to safety issues, such as accidents and  distractions.”

And he’s got backing by the head of the federal Islamic affairs department.

“The game has significant negative impact on children and teenagers” he is quoted saying on his Facebook page. The Penang Mufti, Wan Salim Wan Mohd Noor is another such critic of Pokémon Go, describing the popular game as one that “brings more harm than good” – but the Penang Fatwa Committee would only discuss the matter if complaints were to be lodged by members of the public.

“We have yet to discuss the matter, but I’m aware that the game has harmful consequences as it can lead to crime and breach of privacy. We will wait and see first, and if there were complaints, then we will discuss further action,” he said, according to Star Online.

Meanwhile, the IGP has yet to release an official statement but bear in mind folks! He has come out saying previously that Malaysian police will first monitor the situation before it decides whether to ban it.