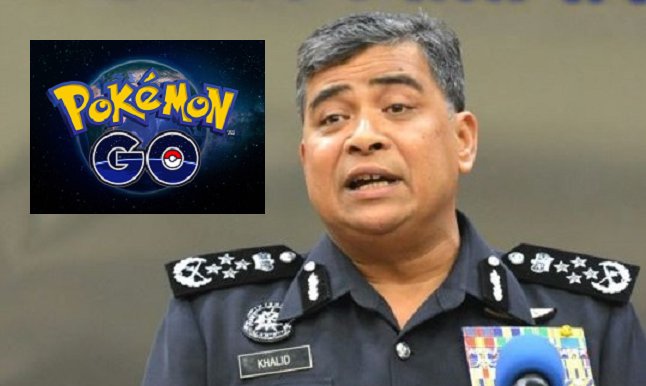 Pokémon Go has yet to reach Malaysian shores, but it hasn’t stopped IGB Khalid Abu Bakar from saying that police will monitor the location-based augmented reality game!

Speaking to reporters after attending Aidilfitri celebrations at police HQs in Melaka, he said the game has caused several issues in other countries, such as road accidents.

Therefore, the police ‘will monitor the situation first before deciding if it should be banned’ said the country’s top cop, as quoted by astro AWANI.

“This is a game. If it is against the law, then we will take action.”

He added that police will take action if there are elements such as gambling or inciting hatred in the game.

According to reports, IGP Khalid was responding to a question whether Malaysia would follow Indonesia’s example by banning its police and military officers from playing Pokémon Go.

“Pokemon Go endangers the life of a person as there are reports stating that people entered restricted areas just to catch a Pokemon monster,” he was quoted as saying.

Shahrizan, who describes himself as an inspirational trainer and television programme host on his Facebook page, said such actions will affect the development of Muslims.