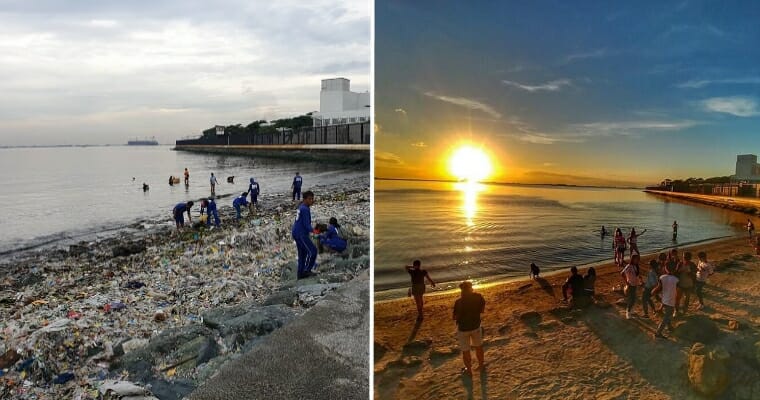 Manila Bay has long been notorious for its pollution and filthy waters, with water quality in some zones being 100 million times over the safe limit for swimming.

During the monsoon season, the waves carry rubbish to the shore, transforming the once-beautiful beaches into an eyesore of litter and debris. The massive mountain of garbage cover the waters and the sand, pounding against the seawall.

The first 6 pictures show how dirty Manila Bay was in the last few months. And this is in Baywalk, a tourist destination and a spot for joggers and health-conscious individuals. The last 2 pictures show a cleaner bay, where the sand can now be seen. The last 2 photos were taken in November last year. Cleaners there say, because of Amihan, there is no garbage in the area as winds transport them to other places. But when Habagat returns, so will the garbage. The challenge now is not just to do clean up operations , but really a change of mindset among the people. There should be less trash to begin with. Less wastes, less plastic. It's actually easier said than done, but it's not impossible. 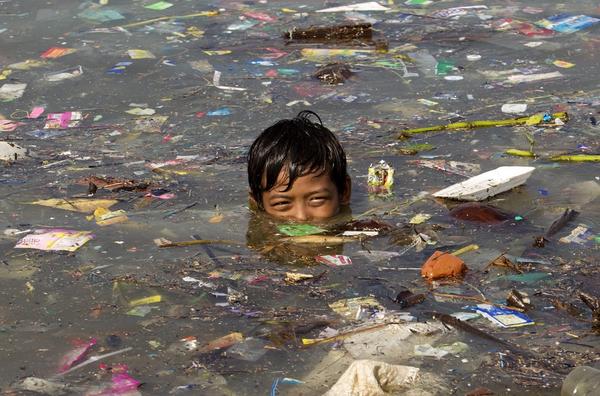 The waterways are also trash-logged, carrying pollution into the bay and making the situation even worse. It’s actually gotten so bad over the years that some residents have to get used to living with such filth. 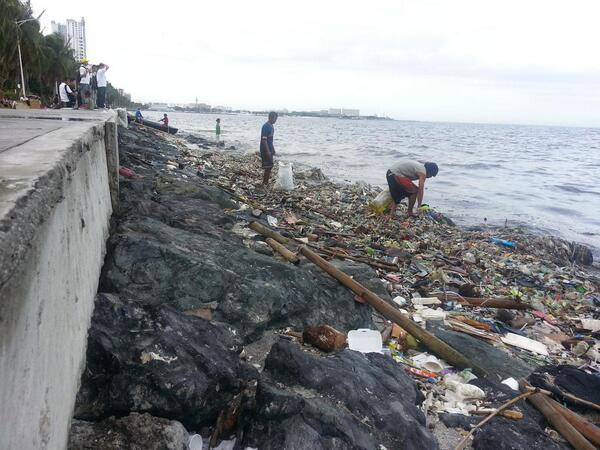 However, on 27 January, the Department of Environment and Natural Resources led 5,000 volunteers to the beach, as they were determined to put a stop to the polluted waters, reported Sora News 24.

Nicknamed “The Battle For Manila Bay”, the cleanup drive eliminated a total of 45.59 tonnes of garbage in its first day, according to the Metropolitan Manila Development Authority (MMDA).

The massive operation cost around 46 billion Philippine pesos (approx. RM3.5 billion) and will be conducted in three phases across eight provinces, starting with Manila Bay. They have also “attacked” the polluted waterways, handing out fines to establishments around the site who’ve contributed to the waste.

After a hard day’s work, the beach was transformed and the end result is truly jaw-dropping.

Where once the area was cordoned off from the contaminated waters, people now gather on the beach to marvel at the sun setting on the rubbish-free horizon.

Everybody is waiting for the sunset. I guess there's really beauty in some endings.

The government has asserted that this project will not be a one-off event, having tasked 5,700 teams to perform more cleanups on a weekly basis.

Cleanup efforts like this one remind us that each and every one of us really can make a difference. While humans do terrible damage to the environment, we can be inspired to know that we can all play a part to heal and restore our world. As the saying goes: “nobody can do everything, but everybody can do something.”

What an amazing effort by the people of Manila! We really have to applaud their determination and hard work. What do you guys think? What are some places we need to clean in Malaysia? Let us know in the comments! 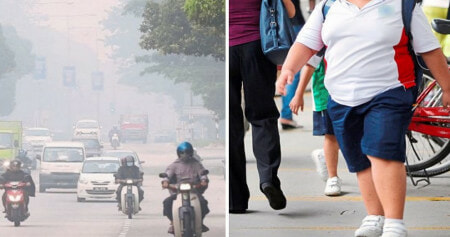