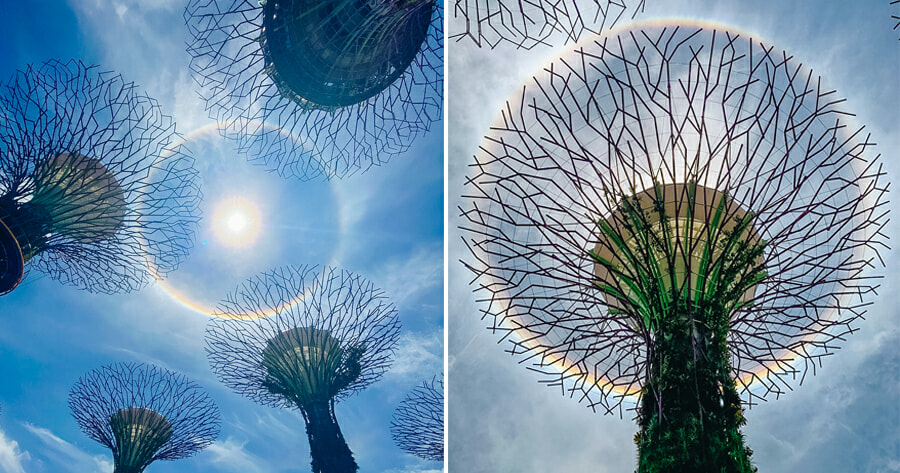 Source: Gardens by the Bay
ShareTweet

Singaporeans were in awe after a colourful halo appeared in the sky yesterday (22 September). Photos and videos of the natural phenomena quickly went viral on social media.

“This stunning rainbow ring was captured at @gardensbythebay at midday today!” he wrote in the caption. 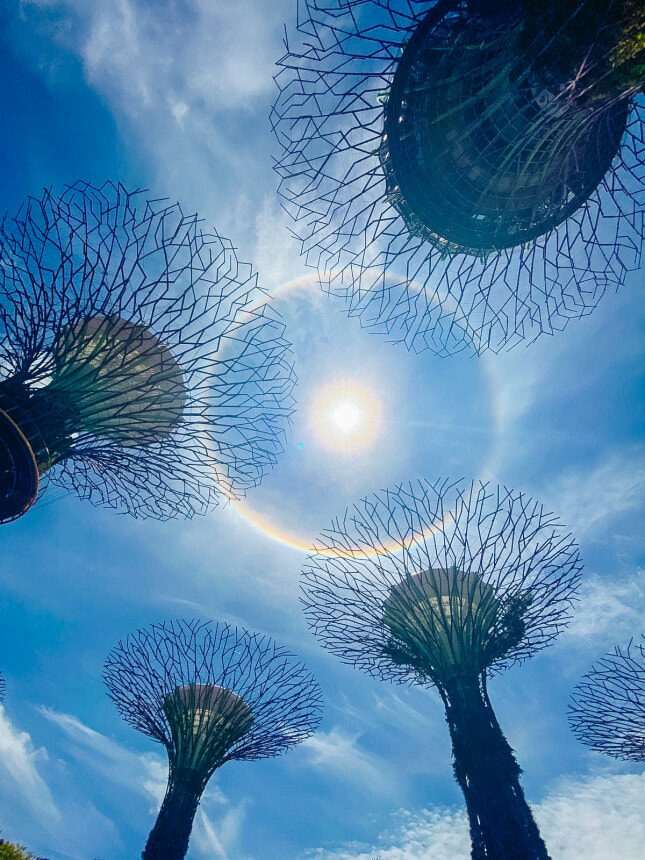 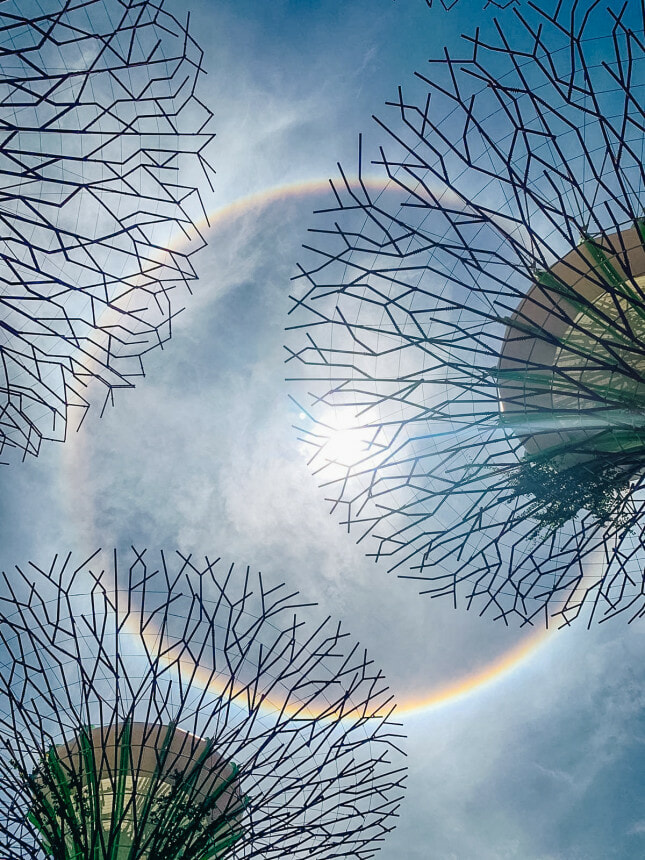 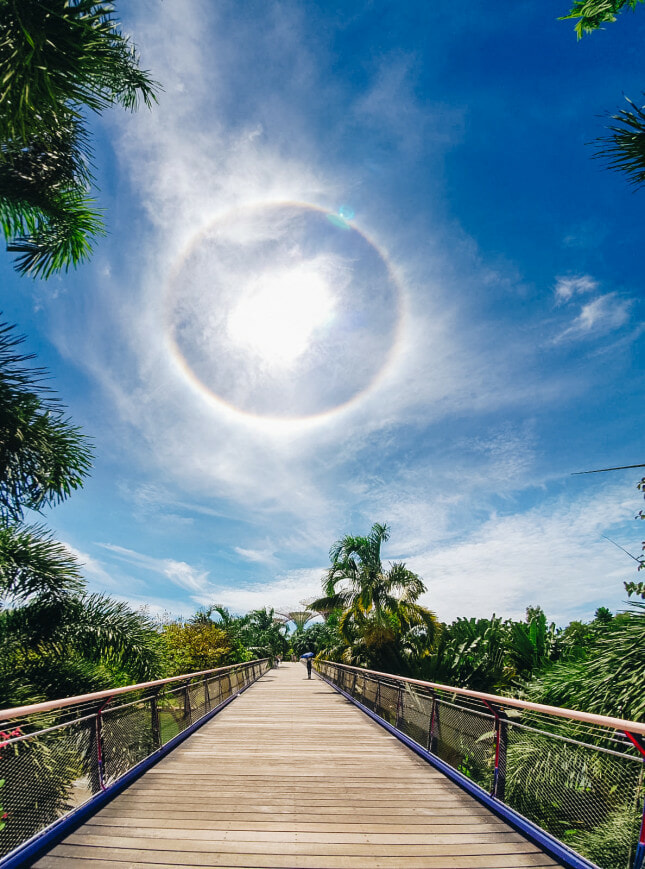 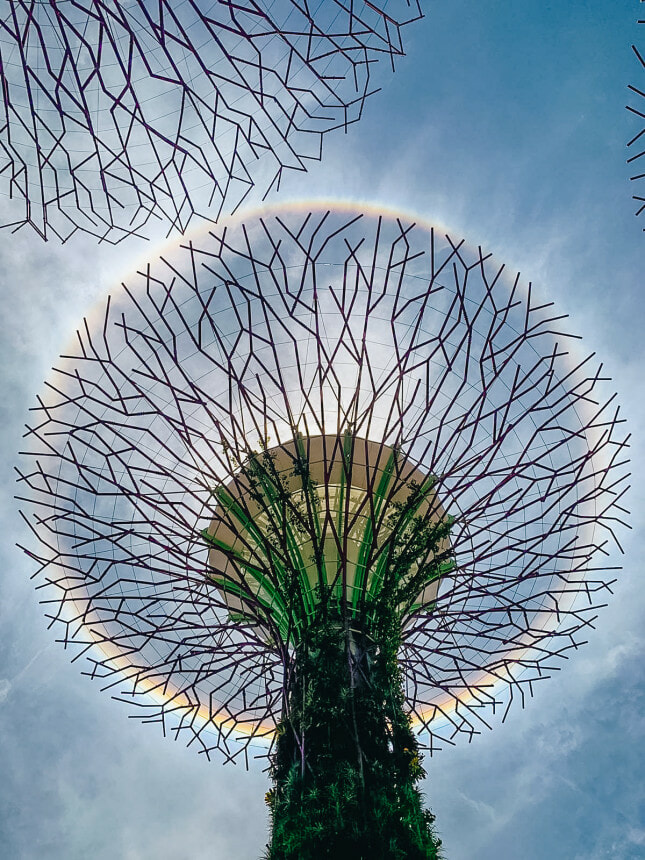 According to EarthSky, this optical phenomenon is called a 22-degree halo where a large ring or circle of light is seen around the sun or moon.

These halos are formed when thin cirrus clouds drifting 20,000 feet in the sky refract light from the sun. The thin clouds are so high in the sky that they are made of ice crystals rather than water droplets. The crystals have to be oriented and positioned just right in order for the halo to appear.

Have you seen a halo around the sun before? Share them with us in the comments below! 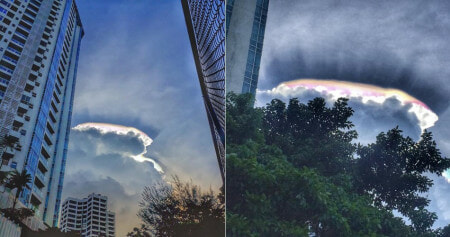