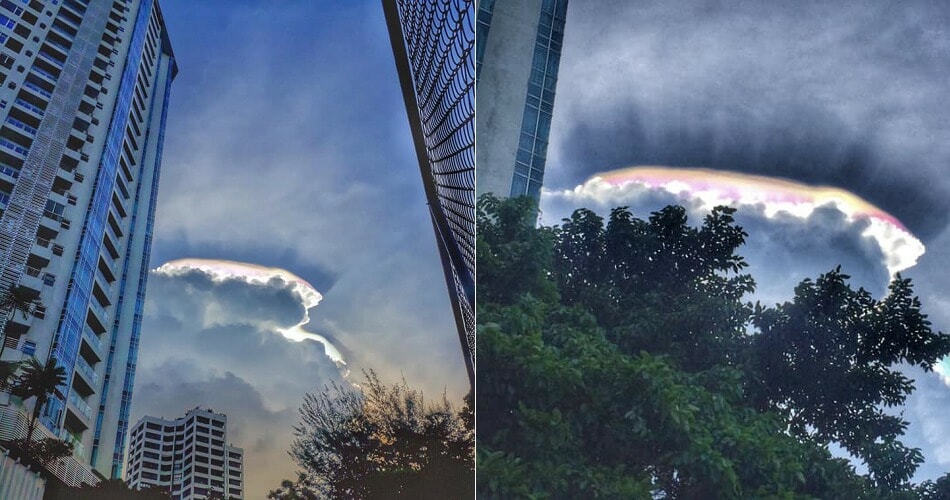 If you were in Bangsar on Tuesday (28th May 2019) evening then you may have noticed an interesting incident in the sky.

Bangsar residents couldn’t believe their own eyes as they marvelled at an unusual phenomenon – which is believed to be the rare “Crown Flash” – that took place a few days ago, wrote The Malay Mail.

FYI, crown flash is a very rare meteorological phenomenon and it was first scientifically recorded in a journal called Monthly Weather Review in 1885. Interesting!

A Facebook user who spotted the phenomenon shared pictures of the spectacle, which were taken at Bangsar Heights, in a FB group named “The Republic of Bangsar #TROB”. The pictures showed a bunch of clouds with multicolour, aurora-like lights peeking through them.

If you don’t believe us, you can take a look at the beautiful marvel below: 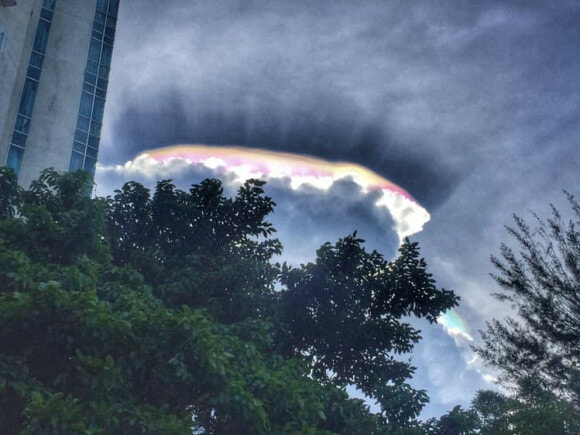 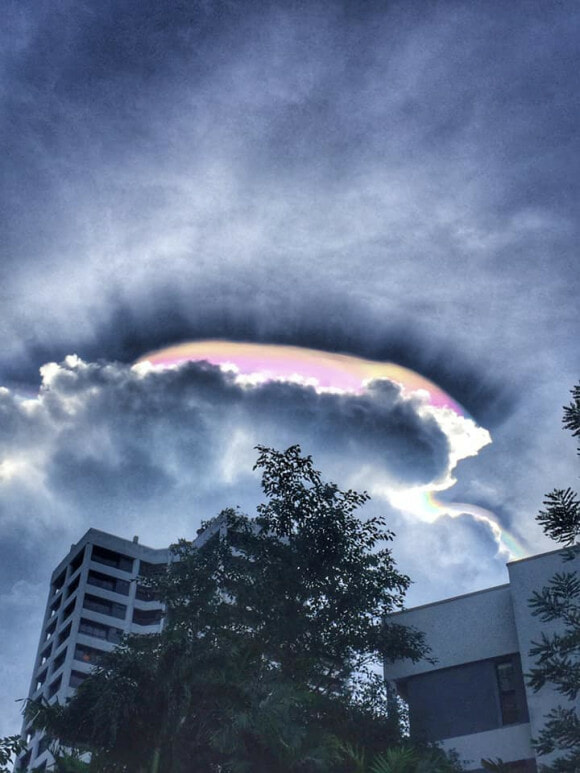 “Did anyone witness this amazing optic yesterday (Tuesday)? I may be mistaken but I think it was a rare ‘Crown Flash’. These pictures were taken at Bangsar Heights from 5.21pm to 5.35pm on 28th May 2019.”

“Blessed that I managed to witness this elusive and majestic phenomenon. Mother Nature is truly amazing.”

Just amazing, right? At the time of writing, his post has already received over 500 reactions.

As the post garnered the attention of the masses, many netizens pointed out that they too saw the beautiful incident and that they too were awestruck as they admired the beauty of the Crown Flash. You can take a look at the comments below: 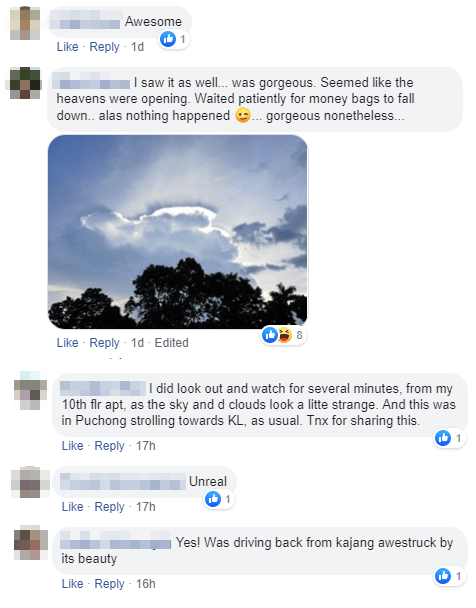 There’s no doubt that this is truly a miraculous phenomenon, and one many Malaysians were privileged to see! Like the netizens, we are equally amazed by this gorgeous and rare occurrence.

Were you around the Bangsar are on Tuesday? If you were, did you manage to see this extraordinary sight? Tell us in the comments below! 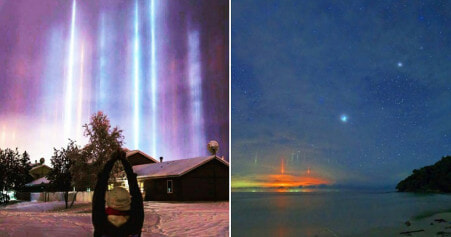