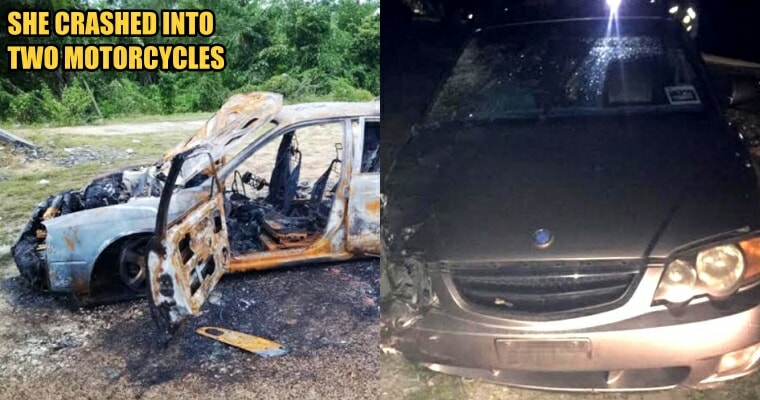 An incident was reported where a woman’s car was set ablaze after she crashed into two motorcycles, injuring two 14-year-old boys who were riding the motorcycles.

It was reported that the 56-year-old woman, who is a vegetable seller, was on her way home in Bumbang Lima, Penang, after delivering vegetables. The accident occurred at Tasek Gelugor at about 9:50pm last night (19 June).

She recalled that she tried to avoid a stray animal that was crossing the road at that time, which caused her to swerve into the opposite lane, colliding head-on with the two teenagers’ motorcycles. As reported by Free Malaysia Today, both teenagers broke their right legs and were being treated at Seberang Perai Hospital while both their vehicles, a Honda Wave and Yamaha LC were damaged. However, the incident was not as simple as we thought as the vegetable seller left the scene to lodge a police report. She came back three hours later at 2am to find her Kia Spectra completely burned!

According to Oriental Daily, the villagers were enraged as they accused the woman of drunk driving and injuring the two teenagers. It was also reported that they set the car on fire to express their anger.

North Seberang Perai district police chief, Noorzainy Mohd Noor, stated that the police is currently looking for the people who were responsible for burning the car. 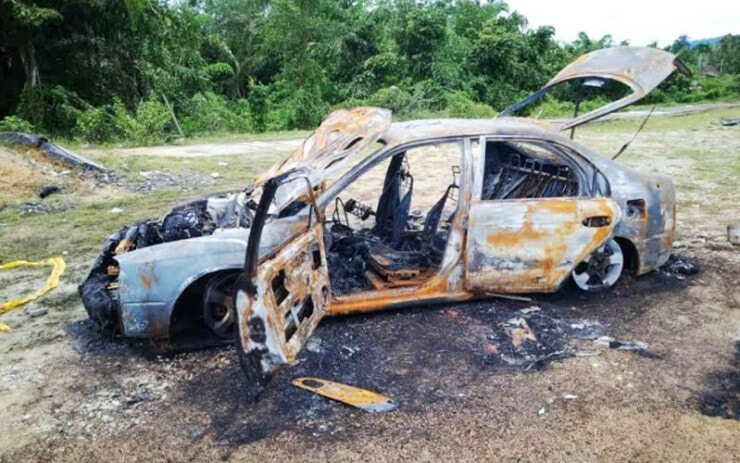 Apparently, the woman was suspected of drunk driving, and that was the alleged reason why villagers torched her car. However, she was then tested negative for alcohol consumption, which further supported her testimony of avoiding the animal on the road. The police have opened an investigation into careless and inconsiderate driving under the Road Transport Act 1987. The offence carries an RM10,000 maximum fine and a jail term not exceeding 12 months.

Noorzainy also mentioned that the torching of the car was being investigated under Section 435 of the Penal Code. Those convicted of the offence of mischief by fire or explosive substance can be jailed up to 14 years and fined.

Finally, the police urged the public to lodge police reports for such incidents and avoid taking the matter into their own hands. 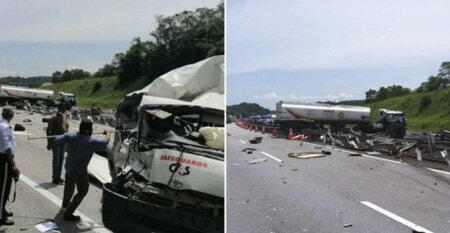