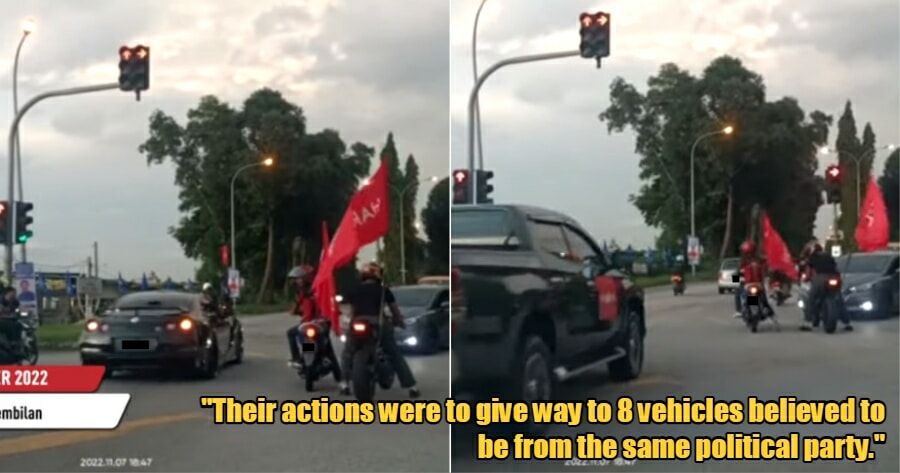 The Royal Malaysia Police (PDRM) are currently looking for a group of motorcyclists carrying a political party’s flags, after they acted as ‘marshals’ by stopping other vehicles at an intersection in Taman Desa Dahlia, Negeri Sembilan.

According to a report by Kosmo, Negeri Sembilan Police Chief, Deputy Commissioner Ahmad Dzaffir Mohd Yusoff shared a video of the motorcyclists had gone viral online, showcasing them obstructing and disrupting the flow of traffic. 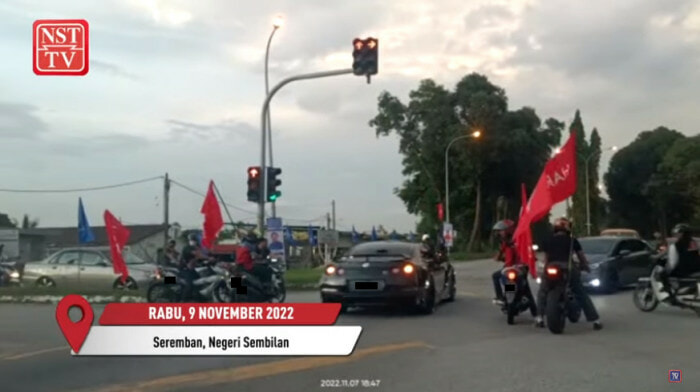 “In the video, it shows the actions of a group of 5 motorcyclists carrying political party flags stopping vehicles at an intersection of 4 traffic lights in Taman Desa Dahlia, Senawang. Their actions were to give way to 8 vehicles believed to be from the same political party, the incident has brought danger to other road users,” he said.

In connection with this, the police are tracking down all those involved, from the motorcyclists to the people in the 8 vehicles. 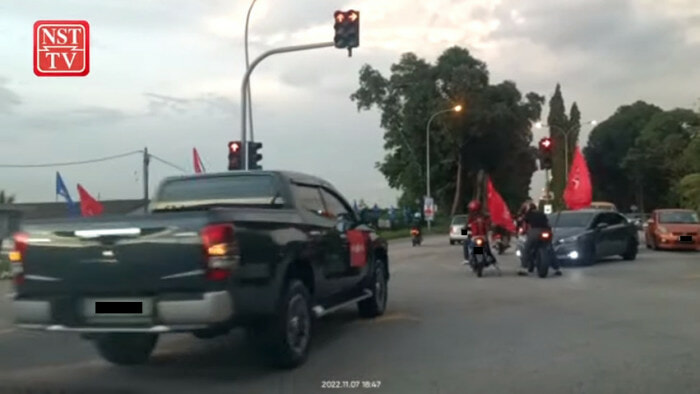 On top of that, they can also be subjected to action in accordance with Section 79(2) of the Road Transport Act 1987, which is ignoring traffic instructions and signals. If found guilty, they can be fined not less than RM300 and not more than RM2,000.

Ahmad Dzaffir has since warned all political parties not to violate road rules while campaigning and to always obey and respect the law. 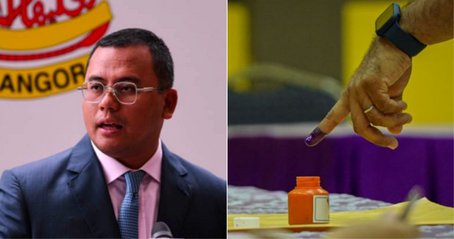