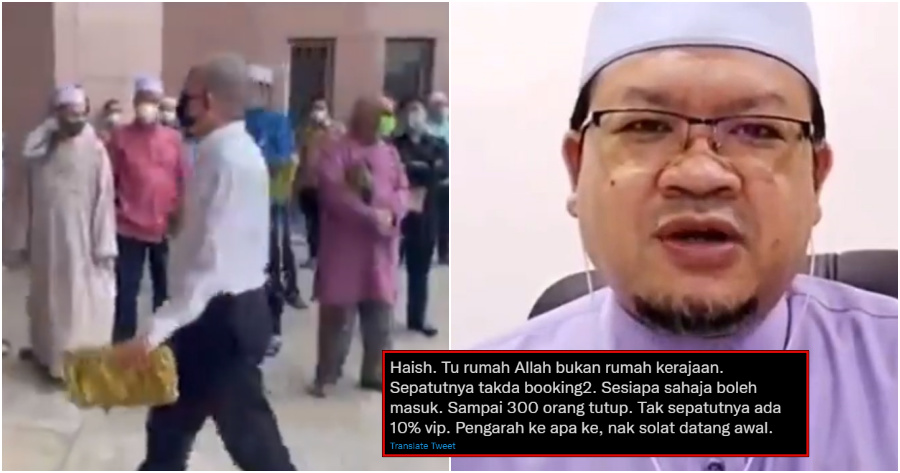 Recently the Masjid Putra in Putrajaya found itself facing a backlash after a viral video showed a long queue of people waiting outside the mosque unable to enter for Friday prayers but the mosque allowed a VIP to casually skip the line and enter the mosque.

As the video went viral, the mosque had explained that because of strict rules due to Covid-19, the main gate will be closed once the quota has been reached, and those who turn up will not be allowed entry. 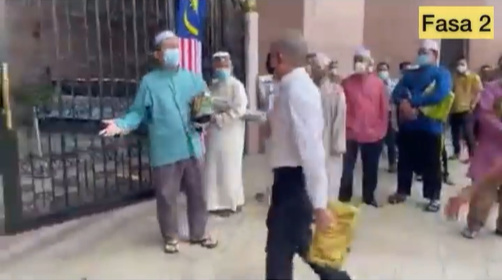 The mosque has an allocation of 300 people, however, they added that the number of people who turned up for Friday prayers that day far exceeded the current capacity allowed as some arrived as early as 11am.

This however did not explain why a VIP and his entourage who arrived at Masjid Putra in a luxury car was allowed entry when others were made to wait in a large crowd outside the gate. 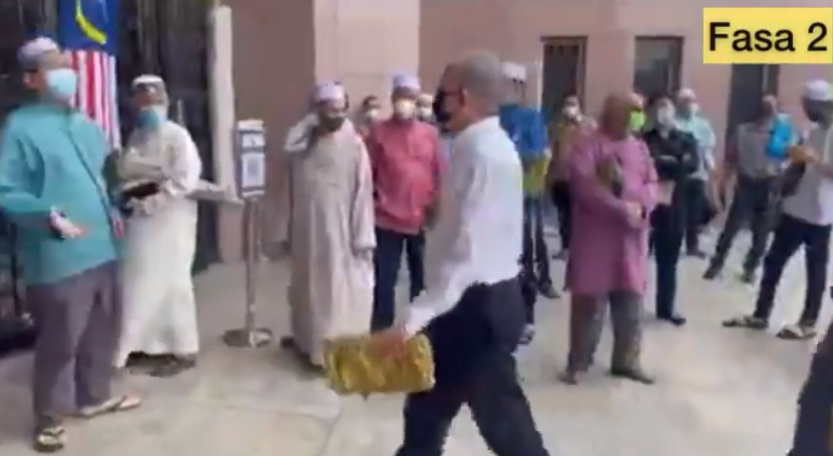 Now, in a Facebook Livestream which has since been deleted, the Grand Imam of Masjid Putra, Putrajaya, Ikmal Zaidi Hashim explained that there is a 10% quota for VIPs at Masjid Putra.

He urged people to understand that Masjid Putra is a Government mosque, and is situated right next to the Prime Minister’s Office. “So we have to give some quota, not a lot, just 10% for VIPs. Don’t be mad at me, that is what is set,” he added.

“We want to give a chance to VIPs – ranked director and above. They are busy, and sometimes their meetings finish late on Fridays. So we give them the opportunity with the 30-person quota, while the public have a quota of 270 people.”

Ikmal also said, “First come first-served basis. I said it in English, if you still don’t understand I don’t know what to say.” He then went on to claim that the people who recorded and spread the video have sinned, and while he prays they receive guidance from God, they still need to apologise to him first. 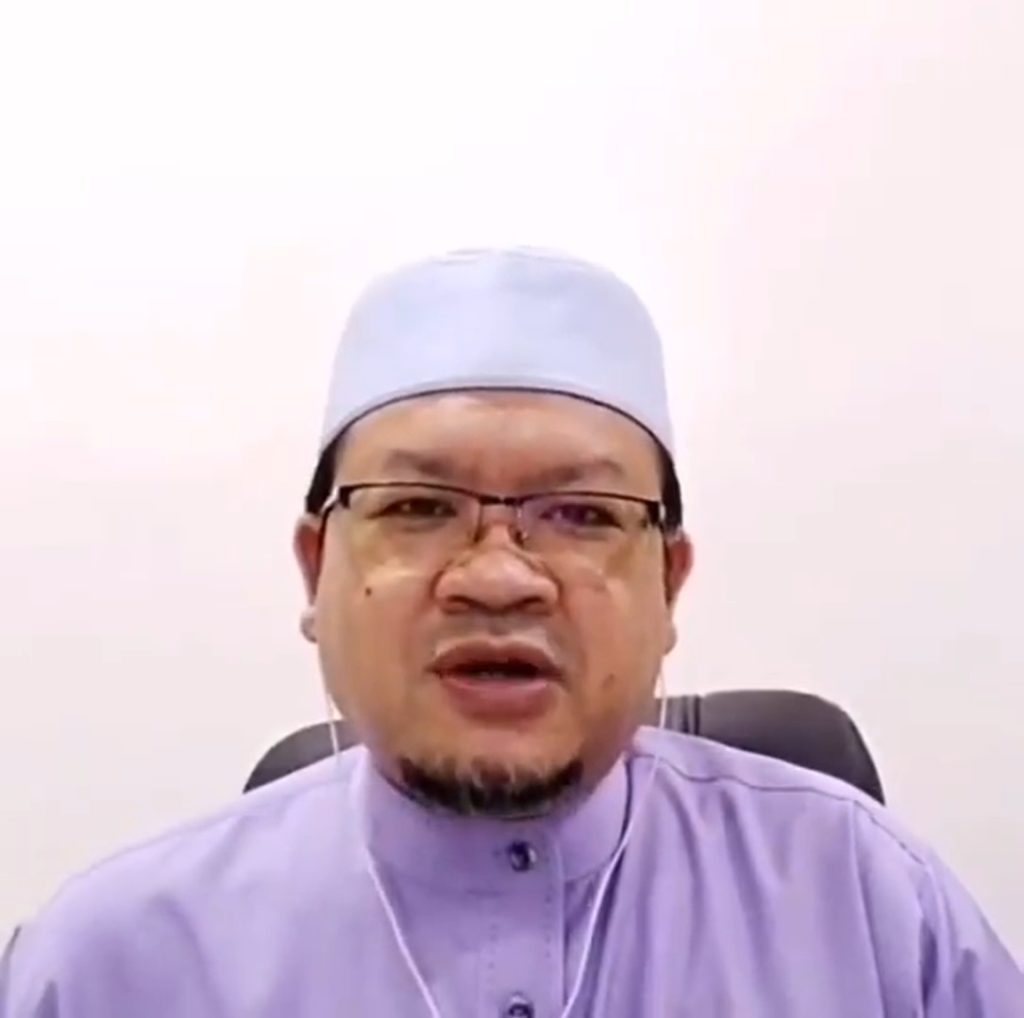 Further backlash from the public

The Imam’s Facebook live stream was, however, not met with much positivity from the public who questioned why the public is limited to a first come first served policy, and have to wait in long queues whilst VIPs are not.

Twitter user Ad-Dien said that VIPs should arrive early, since they know Friday prayers is on Friday, and being busy shouldn’t be an excuse. 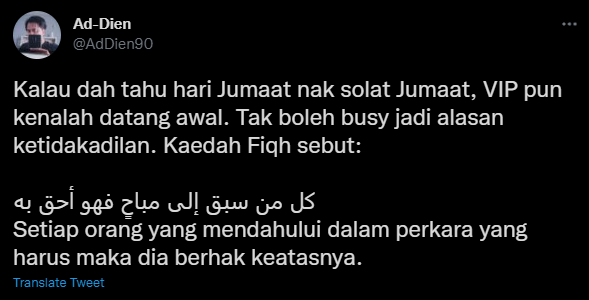 He went on to quote the Fiqh methodology and says, “each person who comes first in a matter of necessity has rights to it.”

“Mosques don’t belong to Kings or noblemen, or anyone for that matter. Mosques are for everyone including non-Muslims if they need shelter. VIPs should show a good example to the people by arriving earlier than everyone else instead of making excuses like this.”

His tweet which has garnered over 5,500 likes and shares was also flooded with comments from netizens in agreeance with him. Some criticised the fact that although the mosque supposedly practices a first come first serve policy, this does not apply to VIPs. Whilst some said that having VIP quotas goes against what Islam preaches in the first place.

One user said, “It’s sad when the first come first policy is only applicable to normal people.”

Another said, “When there is a quota specifically for VIPs, then you can’t say that it is first come first served. It would be better to change these rules and policies which only work to serve the importance of VIPs.” 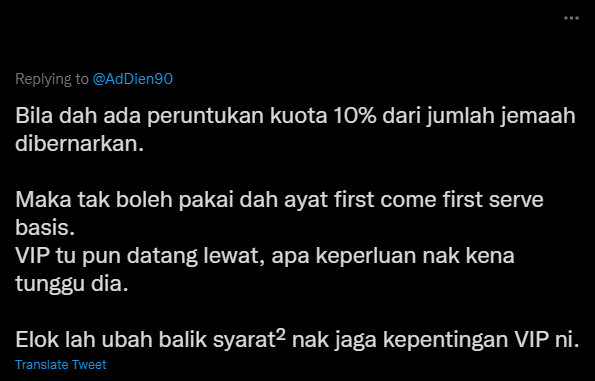 “I’ve been thinking, is it not supposed to be no matter how highly ranked you are, God will see us the same. So when it comes to prayers like this, there should be the same treatment to both VIPs and non VIPs. How could the Imam say that?”

Another said, “A mosque is the house of God not of the government. There should be no reserving and anyone should be allowed in as long as its within the 300 max capacity set. The 10% quota for VIPs shouldn’t be there. Even if you’re a director or whatever, if you want to pray in the mosque, then you should come early.”

Meanwhile, another user compared the VIPs to Negeri Sembilan Menteri Besar Datuk Sri Haji Aminuddin Harun, who was spotted performing his prayers on mosque grounds but outside instead of inside, as he had arrived late. 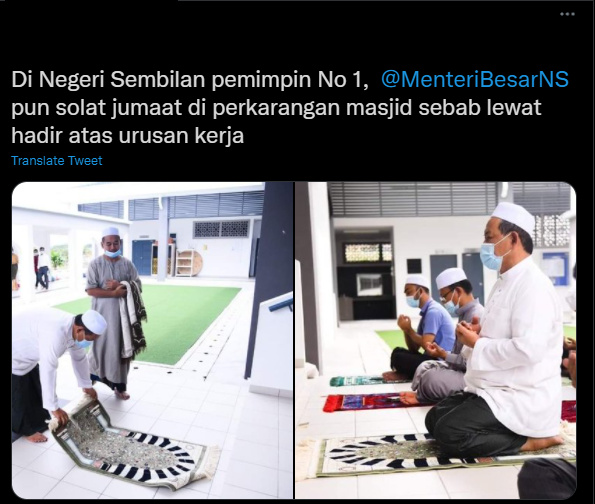 Let’s hope that incidences like this will not become a common practice amongst VIPs around the country.

Do you think VIPs should get special treatment? Let us know in the comments.

Also read: Putrajaya Mosque Under Fire After Giving Preferred Treatment To A VIP 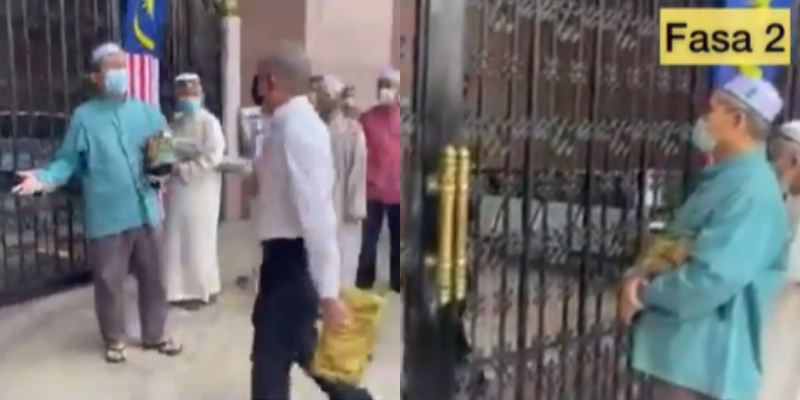