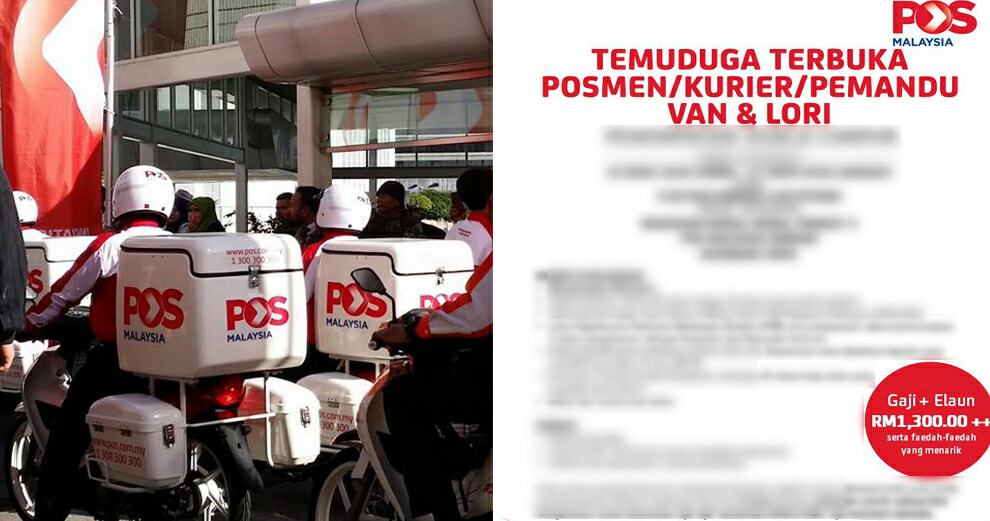 If you’re a frequent Twitter user, chances are you’ve come across this job advertisement from Pos Malaysia that recently began to circulate among netizens.

In November 2017, a large number of postmen in Cheras quit their jobs at the same time because their RM1,400 salaries were not enough to make ends meet. Top that meager salary with the intense work of delivering to approximately 100,000 addresses for 7 hours a day, 5 days a week, and you’re bound to have unhappy workers who will resign in search of better opportunities.

Fast forward to the present day, and it looks like the salaries of postmen is still a topic of mass debate. Malaysians were shocked at the salary Pos Malaysia had offered to pay postmen, couriers, and drivers for their services, which was a mere RM1,300, as shown in their job advertisement.

Apart from the salary, Pos Malaysia also listed out the following as benefits of working for the national postal service;

Many Malaysians on Twitter, however, thought the salary and benefits that were being offered did not make up for the amount of workload people working in the postal service industry have to carry out on a daily basis.

With the amount of hard work and stress they have to go through, you really think RM1300 is enough in 2018? Patut la ramai lari. Ridiculous!!! https://t.co/xFvA4ojpat

It's ridiculous how little they are paid. No wonder half the time they chuck the mail in the trash and packages take weeks to arrive. Who can survive on this amount? This is not right. My cleaner works 5 days a week and still gets paid more than this.

While some netizens voiced their disapproval over the salary being offered, others argued that this was actually a reasonable amount.

PMR holder and as depatch or driver for payment Rm1300 is reasonable. Totally agreed for degree holder still many ppl only receive RM2k.

What can we say? Our salaries memang tak cukup. Most of us spent hard years to earn a degree just for 2k plus as a starting salary. Rm1300 is really not that bad considering PMR holder pun boleh apply. Not saying that is enough. Meagre salary is a national problem that I agree

Well, what are your thoughts on this? Let us know in the comments below!

Also read: M’sian Postmen are Quitting Their Jobs as They Can’t Survive With RM1,400 Salary 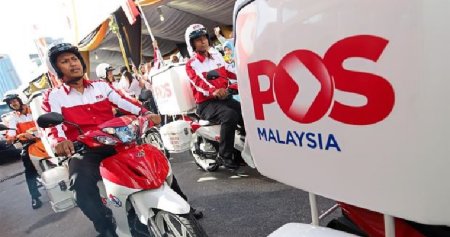