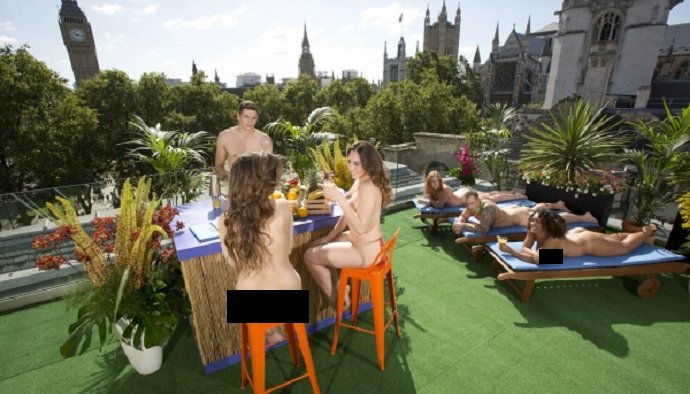 As the sun shines down on Great Britain, many have decided to just let it all go and enjoy the seasonal heat in literally the most comfortable way.

Just a few months ago London launched it’s first ever naked restaurant in south east London that goes by the name The Bunyadi. According to Daily Mail, the restaurant has a waiting list of 46,000 since it’s launch. That’s a whole lot of people waiting to dine in their birthday suit! 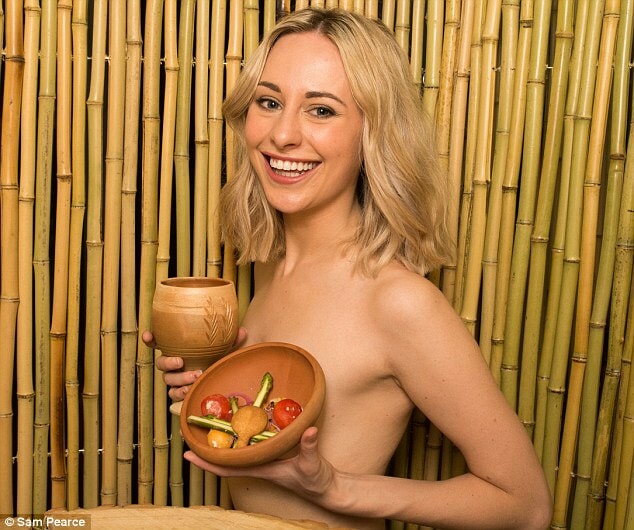 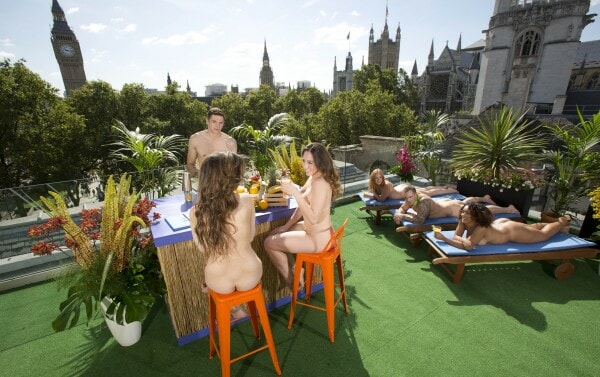 When something is doing so well, why not exploit it even more while the trend is burning hot? So London has now launched a nude rooftop bar with the same concept where customers come, strip and enjoy a lovely beverage or two.

If the presence of naked people isn’t enticing enough for you, the London’s first ever nudist roof terrace offers an open-air bar with a panoramic view over Westminster Abbey, The Houses of Parliament and Big Ben. There are also areas dedicated to those who just wanna get a tan with a cold cocktail, reports Lonely Planet.

And if you are in the mood for some fun, there’s also a trampoline that you can bounce on, hammocks to chill in and more. 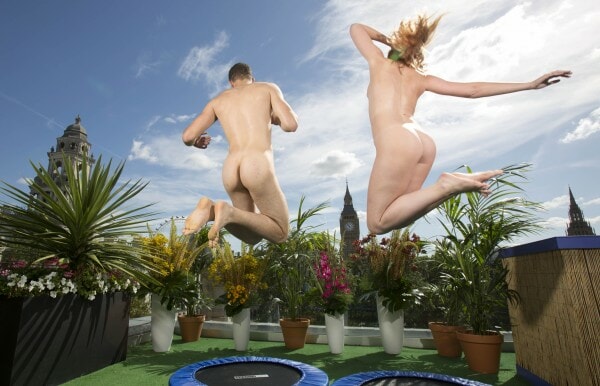 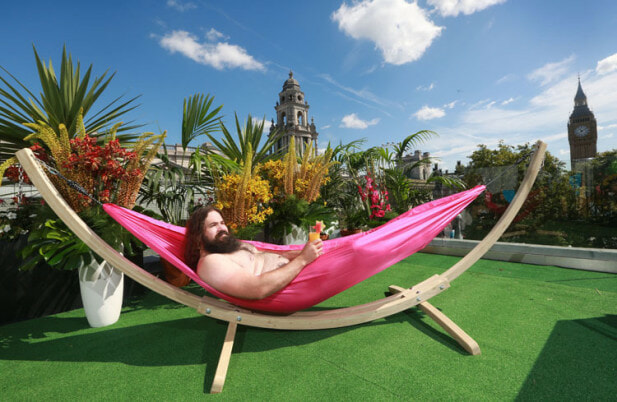 This 60ft high “open” bar is a promotional venture by NOW TV that allows people the ‘freedom to choose your TV and broadband without being tied down’, according to NOW TV.

Managing Dir of NOW TV, Gidon Katz told the press, “As a nation, it seems we’re increasingly avoiding being ‘tied down’ in life – which is exactly what NOW TV is all about.

“We think the naked sun deck is a great way to promote our new package.”

So if you’re up to air your junk, you cam register here on NOW TV.