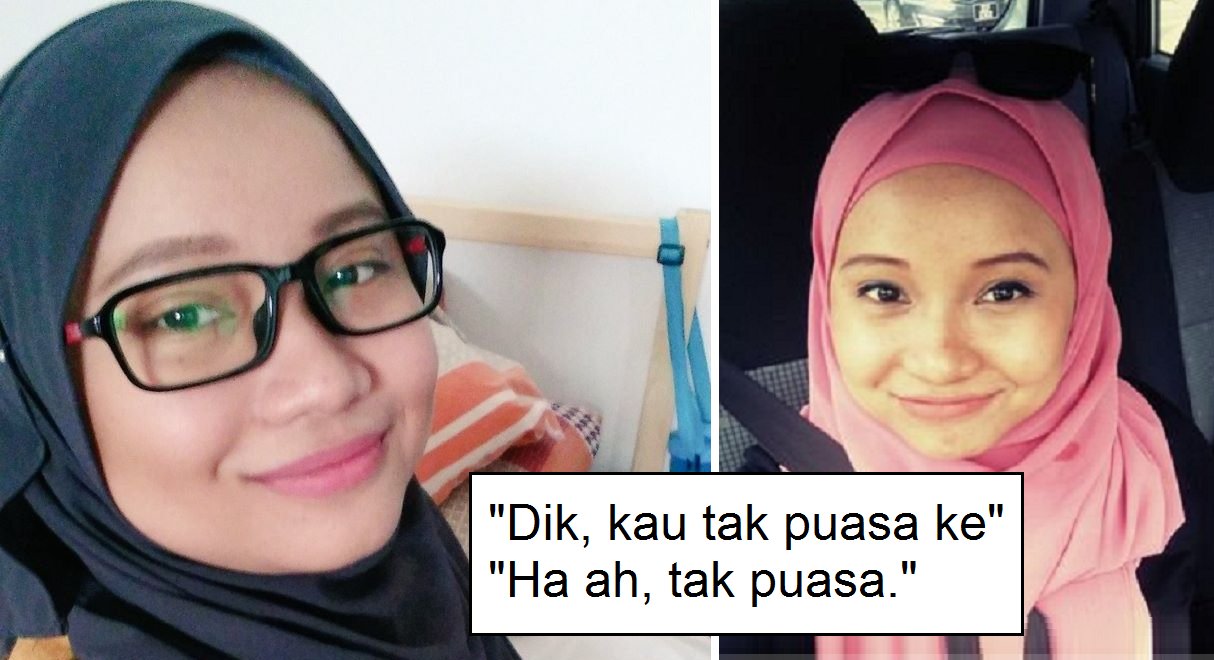 A Muslim woman, in a series of posts on Facebook and Twitter, has ignited a heated debate on the issue of moral policing in the country.

The activist, ‘Mrym Lee’, a hijab-wearing Muslim, highlighted the public persecution that goes with moral and religious policing of Muslims in Malaysia. 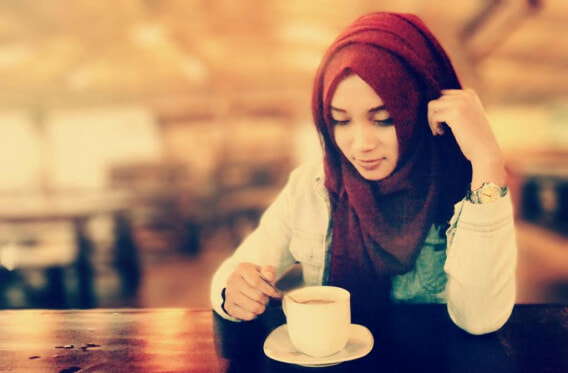 In a recent posting which was since deleted (most likely due to people reporting against it), she wrote how she and her friend were harassed in public when they both decided to make a stand against moral and religious policing by deliberately eating and drinking in public during Ramadan, whilst visibly being a Muslim in hijab.

She recalls how a restaurant manager in a Kuala Lumpur shopping mall questioned whether she was a Malay and Muslim, and why she was not fasting.

She replied that eating and drinking was not against the law, only for the manager to retort back that she was “damaging the image of Islam”

“I then went to him, explaining how he’s been rude to me as a customer, and he explained that religious authorities could raid the restaurant and mete out penalties for serving Muslims during Ramadan” 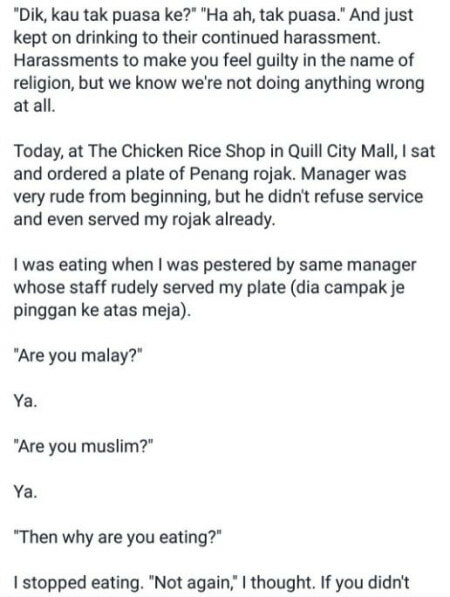 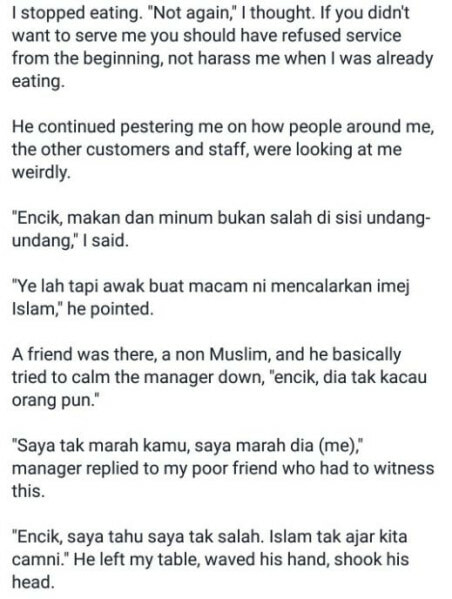 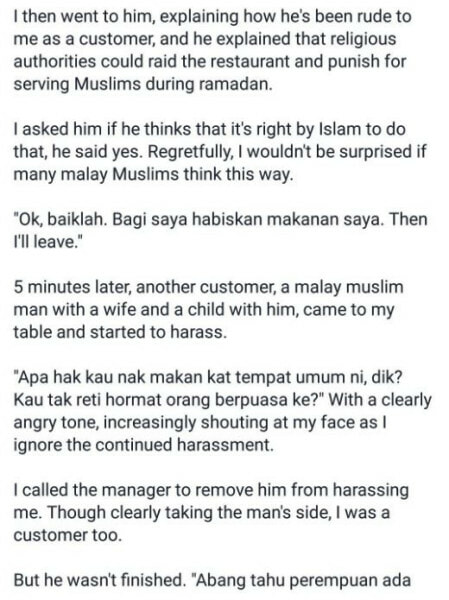 In Islam, when a woman is menstruating, she cannot fast or perform prayers. But in Muslim-majority Malaysia, there is an unspoken rule against eating or drinking in public, even for Muslims who cannot fast ‘out of respect for the holy month’.

Mrym argues that Islamic teachings did not say that there was anything wrong with eating or drinking in public when one cannot fast. 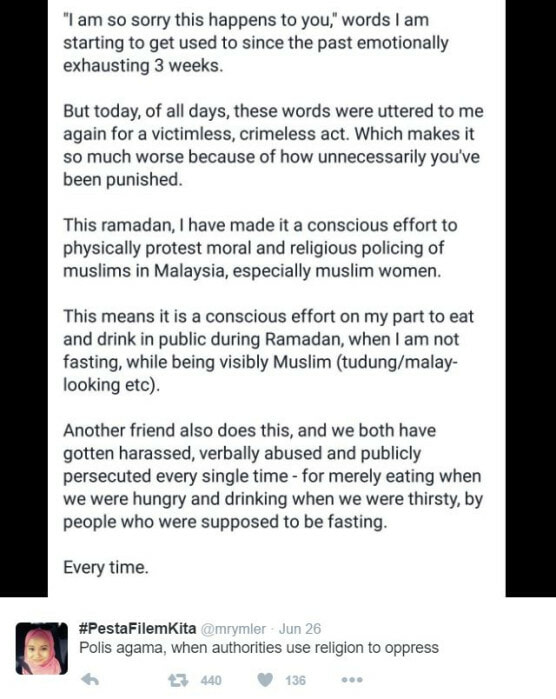 She urges Malaysians to look beyond the petty policing of others:

“Get your priorities straight. Go punish our politicians and fix our messed-up policies. Leave the practice of faith to the individual, empower each other in society to do good, only then we’ll see productive progress,” she wrote

Her posts have garnered mix reviews from Malaysian netizens. Some commenters supported her, saying she was right to stand up for her rights.

Others said that while she was within her rights to eat in public when not fasting, it was disrespectful to do so in front of others, with one commenter who says that eating in front of fasting children made it hard for the children to keep up with their fasting.

In light of the traction her posts have gained, Mrym conducted two polls on Twitter. One asked: “If you are visibly Muslim (wear a hijab/look Malay), do yoMediau eat in public during Ramadan?”

In her second poll, she asked: “Do you believe it’s wrong for Muslims to eat and drink in public during Ramadan?”

“If you’re permitted to eat, what’s wrong with eating in your room? Why do you have to do it in public?” questioned IRF Chairman Dr Ahmad Farouk Musa.

Farouk goes on to add: “We should not condone moral and religious policing, but at the same time, the social experiment was unnecessary and a little too vexatious.”

However, ‘Mrym Lee’ has maintained and stressed through a series of Tweets, that her incident was not a ‘social experiment’ but simply, an incident.

This debate definitely is a complicated one as there’s no true right or wrong answer, only a matter of perspective. Just remember that whatever your views are, there’s no need to condone other’s perspectives either.

What did you think about this issue?