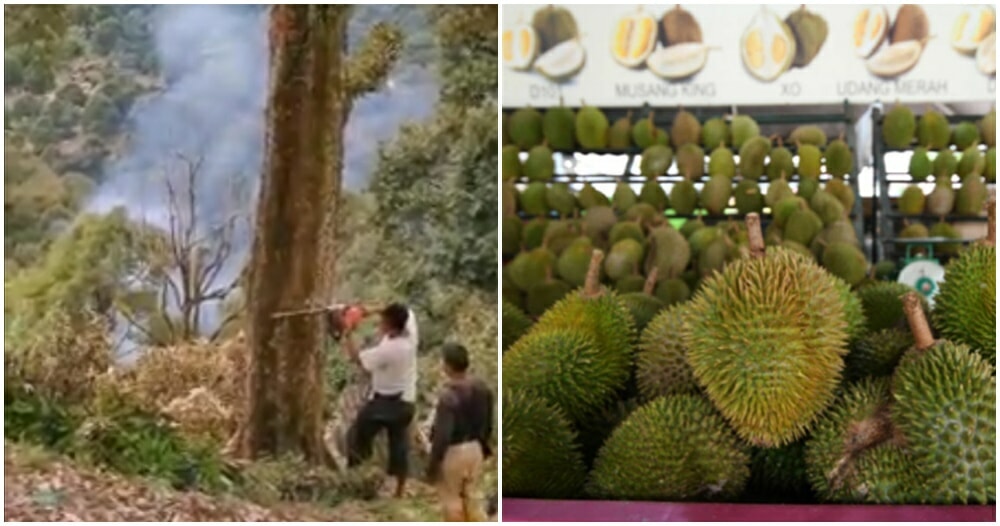 Musang King durian farmers are starting to chop down trees in Raub, Pahang as an act of protest against the takeover of their land.

In a recent post that has gone viral in the Facebook group, Durian Blowing Water Station, a durian farmer can be seen cutting down a huge durian tree with a chainsaw. But that is just one of the hundreds of trees that are being axed as durian farmers are infuriated by accusations that they illegally occupied land owned by the state government.

The dispute started when the Pahang government “took over” the land used by Musang King durian farmers in Raub and imposed a levy that prohibited farmers from entering the land, said a Tras representative as recorded by the Malaysian Insight.

Chow Yu Hui, a Tras State Assemblyman said the gardeners in the area formed an alliance committee known as, Save the Weasel King (SAMKA), to protest against the forced surrender of the land enforced by the Royal Pahang Durian Resources PKPP Sdn Bhd. 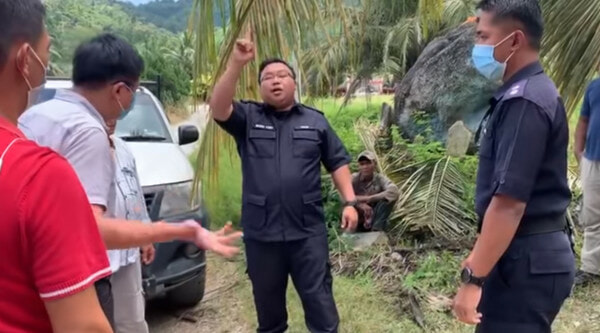 In fact, in a video posted by Sin Chew Daily, Pahang enforcement authorities have already started setting up roadblocks to prevent durian farmers with no permits from entering Raub plantations this morning (25 August). In the video, a policeman can be seen announcing that anyone who wished to enter the premise would require a permit issued by the Royal Pahang Durian Resources PKPP Sdn Bhd. However, a permit would cost these farmers RM1,000 per acre of land.

According to the Edge Markets, farmers are still being allowed to sell their products in the open market at market prices for the rest of 2020 but they will be required to pay RM6,000 per acre (a fee that applies for this year only) to the JV entity for costs related to land usage.

Also read: Beware: Some Sellers Are Pricing Durians Based On the Car You Drive