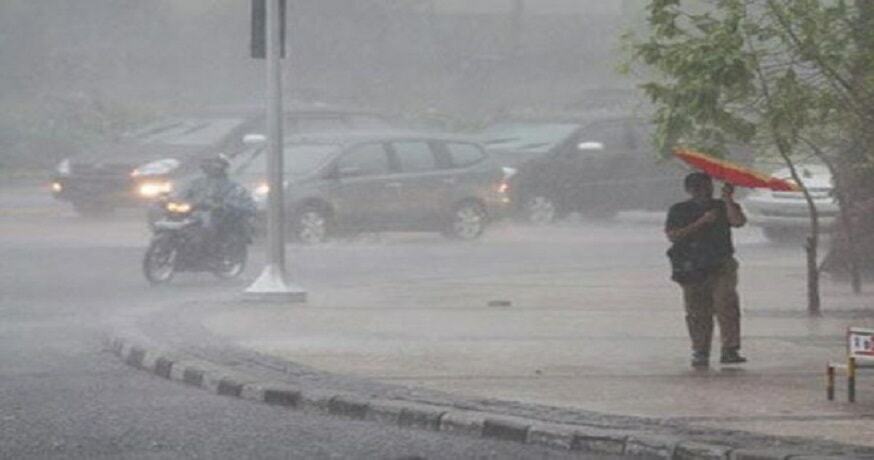 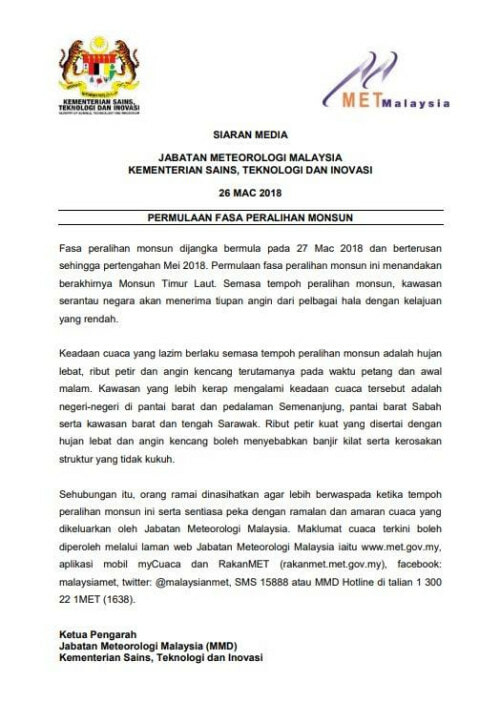 According to the recent statement published by the Malaysian Meteorological Department (MMD) on their Facebook page on March 26, the monsoon transition phase is set to start from March 27 till mid May. Which is now guys!

This phase of monsoon marks the end of the Northeast monsoon season, which was expected to last till this month (March). During this phase, regional parts of the country will be facing gusts of wind from various directions at low speed. 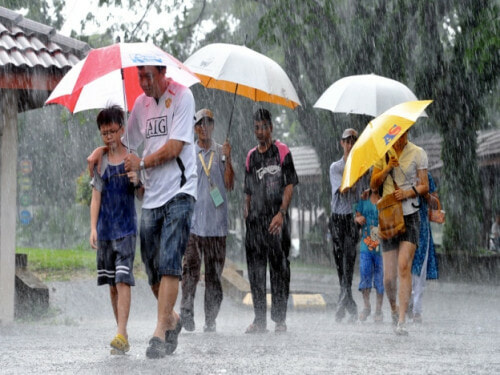 “Heavy rain, thunderstorms, and strong wind are expected to occur frequently in the evenings and early nights. The areas that will be heavily affected are states in the west coast and centre parts of the peninsula, west coast of Sabah and the west and central of Sarawak,” the statement continued.

In addition, the statement said, “Strong thunderstorms, along with heavy rain and strong wind can cause flash floods, as well as damage to unstable structures.”

The public is advised to be extra cautious during the monsoon transition phase and also to take note of the weather alerts released by the department through its website here, the myCuaca smartphone application, the RakanMET app, on Facebook (malaysiamet), Twitter (@malaysianmet), SMS 15888 and MMD Hotline 1 300 22 1MET (1638).

Brace yourselves guys, monsoon is coming. 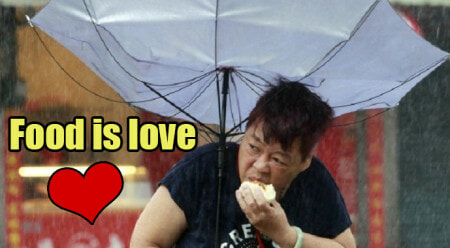