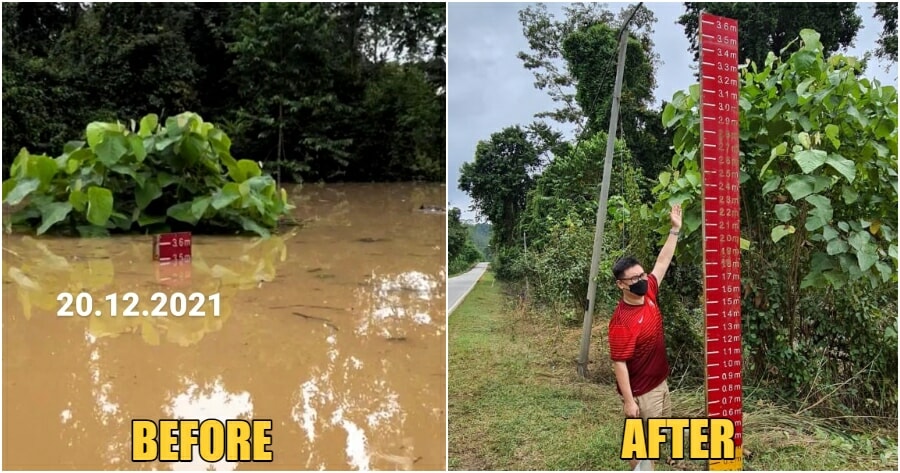 Annual floods should never be normalised!

As we enter a new year, the weather in Malaysia is still as unpredictable as ever. Malaysians are now extra cautious every time it rains heavily for a long duration of time.

Recently, a tweet went viral after a user shared before and after pictures of the depth of the floodwater at Kampung Piol, Jerantut, Pahang which reached up to 3.5 metres!

When the flash floods hit 3 weeks ago, Twitter user, Chan Wern Shen stopped at the exact spot to take a picture which indicated that the depth of floodwaters reached 3.5 metres tall.

“Made a point to stop my car there today to revisit the spot and was a little shocked too by how deep 3.5m really is. “

Seeing the massive difference between his height and the depth that the floodwater was previously at, was a shocking experience for him.

Shen mentioned that below the 0 mark is a 1.5 metre drop to the surface of a river under the bridge which he believes is more then 1 metre deep as well.

He explained that at the time, he was on his way to Taman Negara, Pahang for a vacation. However, he did not expect that the floods would be so bad. Shen mentioned that he had to stay at Kampung Piol for a few days before evacuating the area by boat.

I went to Taman Negara for vacation, and couldn’t make it out before the flood hit. Had to uturn at the flood area and stay in Padang Piol for 3 days before we took a sampan out. The flood water only cleared on day 5/6. pic.twitter.com/8nQBDroXP9

Whilst seeking shelter at Felda Kampung Piol, Shen received some information from the folks there who said that floods are a common occurrence and the depth of 3.5 metres is considered not that bad. 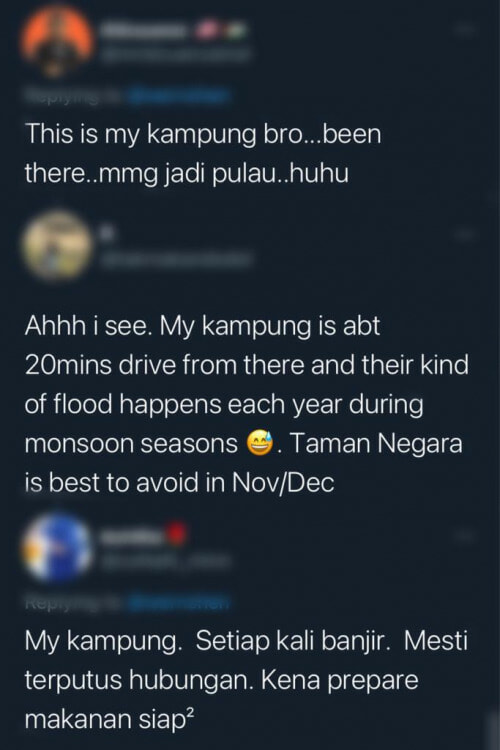 A number of Twitter users who are from the area mentioned that floods are normal and frequent in the area. One user even mentioned that it’s best to avoid the area around monsoon season (November-December) as the waters tends to rise.

The pictures shook the internet!

Malaysians were shocked after seeing the depth of the floodwater. Twitter users were beyond shocked! Some even felt sad after seeing how normalised it was to the point where for locals, it was just a “small flood”. 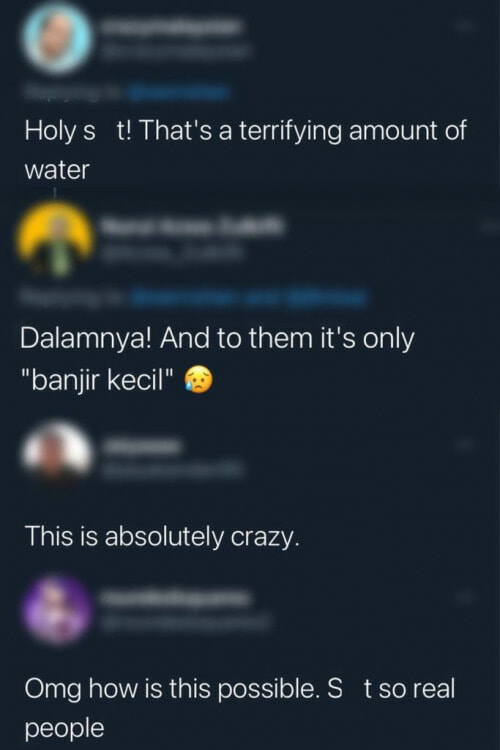 3 weeks later, I returned to Padang Piol to collect my car. Stopped by this exact spot to take a before and after picture. pic.twitter.com/bsuiMrH6bV

We hope that everyone is safe and doing fine over there in Kampung Piol, Pahang and we hope that the authorities will do something about this as annual floods should not be normalised! 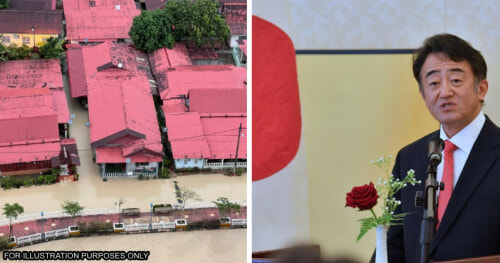