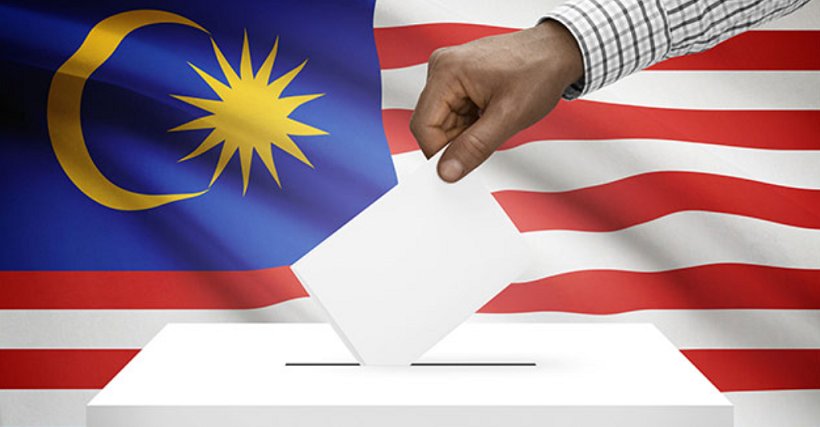 Malaysia takes to the polls next week. But are all of us going?

By the end of 2017 there were approximately 18.7 million registered voters in Malaysia. And more than 40% of us are aged between 21 and 39. What do those numbers say? It shows that our young voters are more than double the number of voters aged over 60.

And yet according to Malaysia’s Election Commission, as many as 3.8m eligible voters did not register in time for this election – and two-thirds of them are in their 20s.

This is a seriously shocking number! 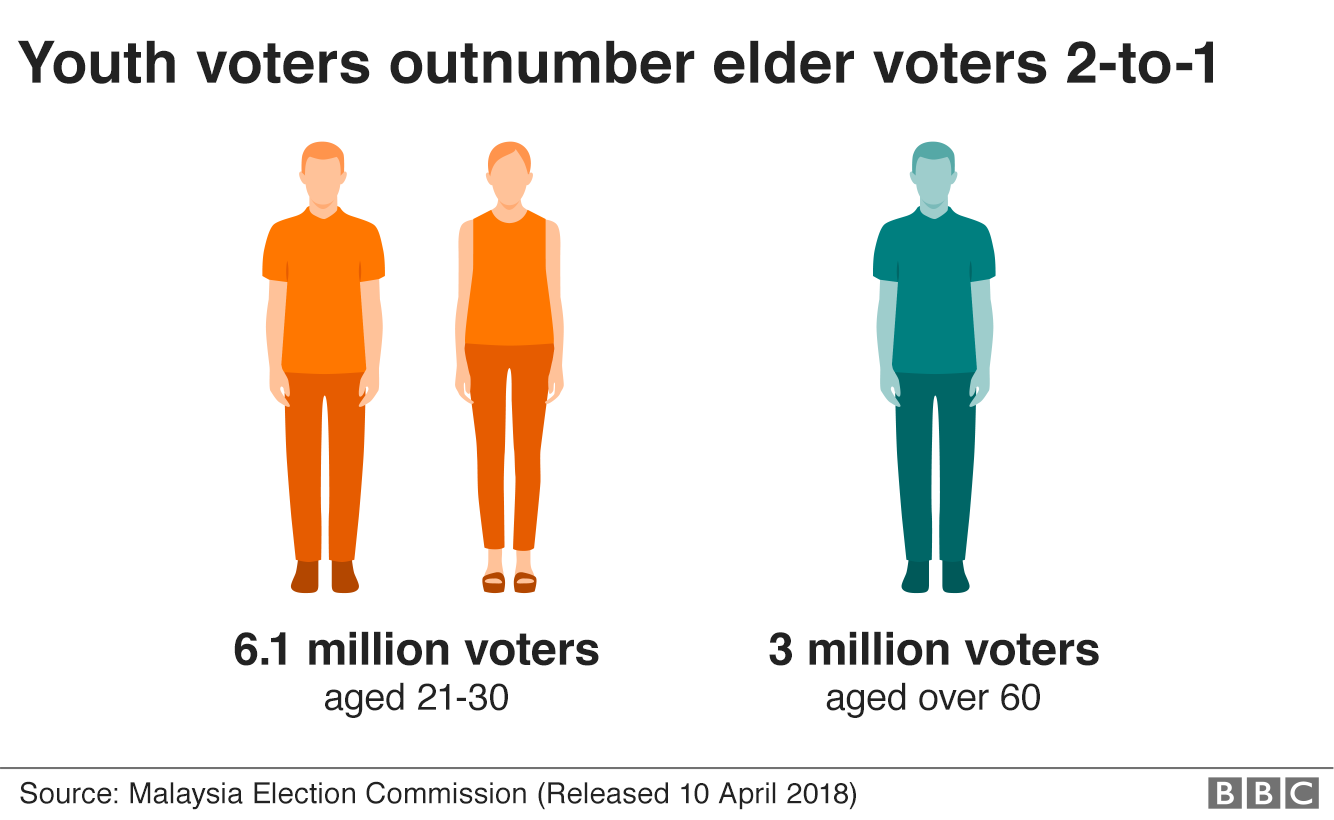 So why is it a big number of our youth seem apathetic about their rights to vote?

According a report by BBC, young people felt disenfranchised and the high cost of living, low wages and unemployment didn’t help matters.

“I don’t know much but I only care a little bit because our economy sucks, there’s inflation and I don’t want to end up in poverty,” a 22-year-old student told the BBC. She may be one of many who aren’t registered to vote, but her reasons are valid. 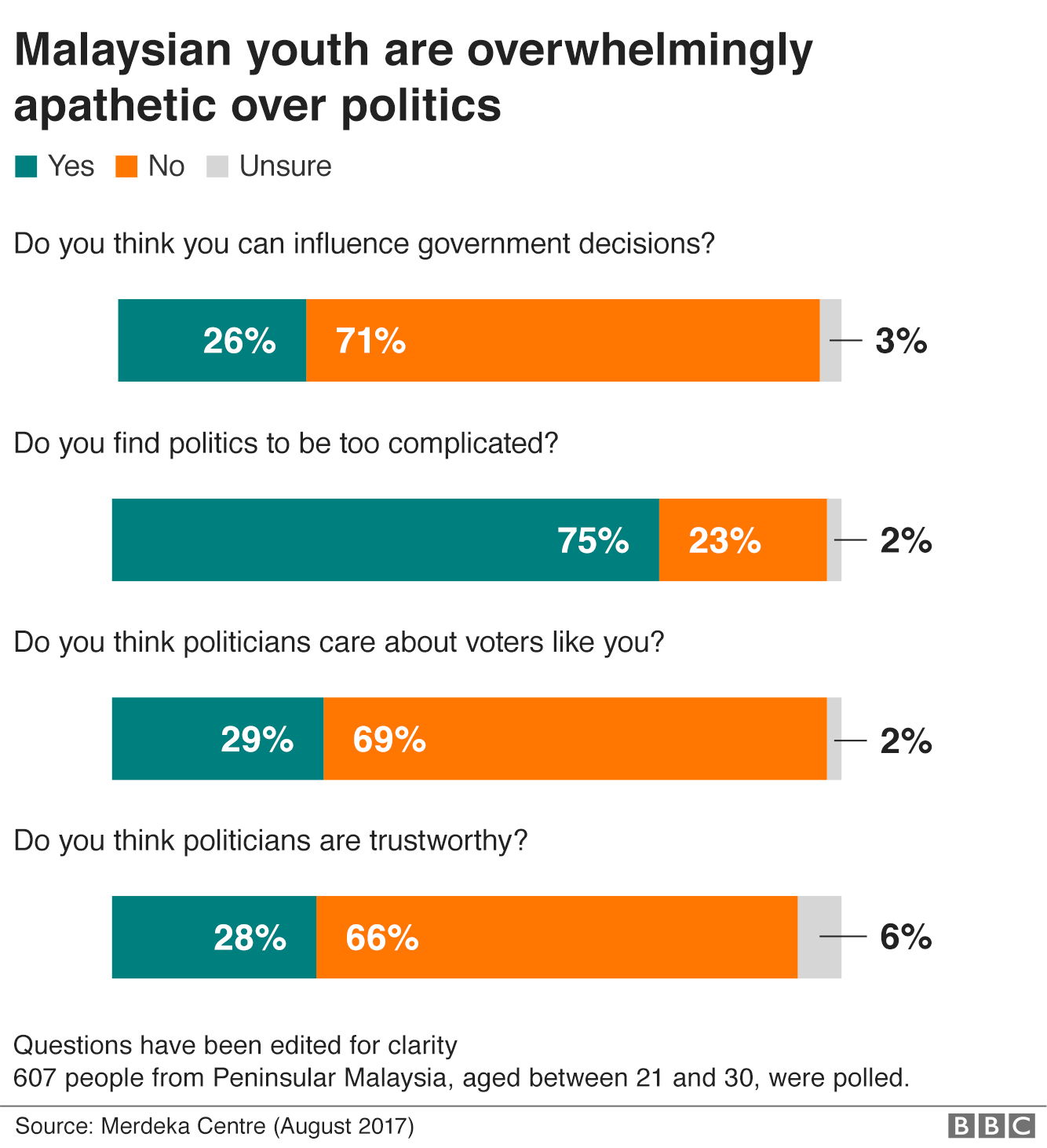 Others said they were keen to vote but registered too late for this election, because registering wasn’t a priority.

Furthermore, most youth have limited knowledge and experience of politics, of which is confined to what they understand from social media. Another complaint being that if their social circles are not into politics, “you’re suseptible to living under a rock.”

Malaysian politics which has always had a strong basis in racial and religious agendas does not strike young voters the way they do with previous generations. In fact, young voters tend to look at more global issues. One said that she didn’t see any candidate that represented her beliefs about environmentalism, urban poverty, socio-economic issues.

These are some of the explanations behind why many young voters, in spite of their immense power to change the fate of the nation, are not as interested in participating as they should be. If you’re just as undecided about whether your voice makes a difference, you’re not alone. But you really won’t know the power you have until you utilise it.

After all… Every vote counts.

Also Read: Navy Personel Are Free To Vote for Anyone During Elections, Says Royal Navy Chief 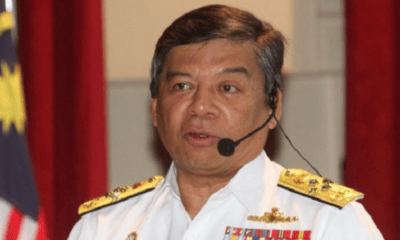