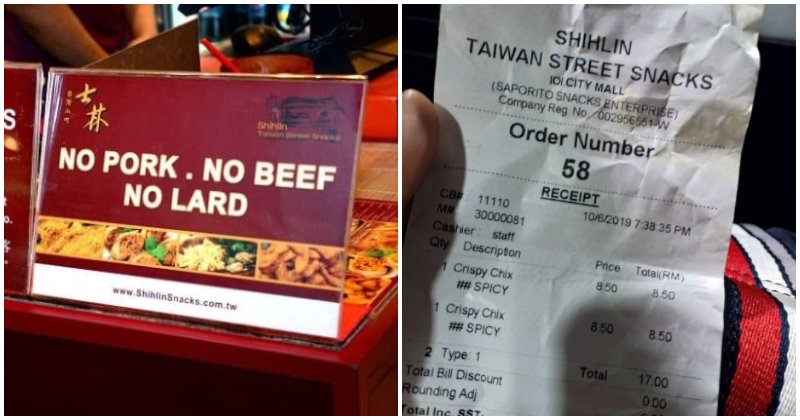 ‘Monkey see, monkey do’ has never been so relevant a phrase than it is in this day and age, where people are becoming more and more vulnerable to social media based trends and influences that they forget that they have to restrain themselves from particular dishes and desires due to religious teachings.

This first became apparent when a lady pointed out that certain internationally adored bubble tea places were considered not halal as these outlets did not have the necessary certifications, but many Muslims could still be seen in line eagerly waiting to order a beverage. She was later on exposed as a food vendor that is also not halal certified, however.

Another netizen has since spoken up on a similar incident that clearly shook her to her core. Facebook user Zenna Ahmad shared a post about how her child had stopped to buy some fried chicken at the popular Taiwanese fast food vendor, Shihlin Taiwan Street Snacks, and was shocked to find out that her child had been purchasing food from a franchise that did not have a Halal certification.

Zenna shares, “People eat, we eat it too!! People drink, we drink it too!! Incident: My kid stopped to wait in line with other Malays. Willing to queue for long. They said it’s tasty. A trend among their friends.”

Shocked by her child’s reasoning, Zenna confronted the cashier over the outlet’s Halal status, saying, “I told him ‘Just wanted to ask, I know this is not your fault. I’m Muslim and all here (in the queue) are Muslims too. If you don’t have any Halal certifications, sorry because I made a big mistake.‘ There were many ‘Malays’ that were in line waiting for their order, listening to the discussion in hopes of easing their thoughts.” 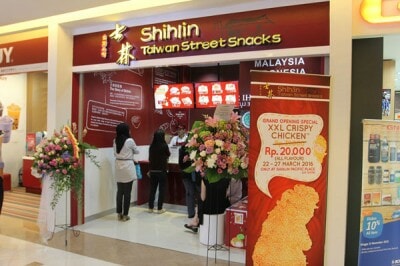 She also touched on the fact that many brands use Korean and Chinese characters heavily in their branding when the Malay language is the national tongue.

“Living in Malaysia. Malay is the national language. Not a single line of Malay, what’s the story with writing in Chinese and Korean.”

She then further elaborates her point on how people tend to follow trends beyond their religious beliefs. She adds that often times people don’t do their own research into the validity of a food vendor’s Halal status, as they are confident because they’ve seen other Muslims consuming it. 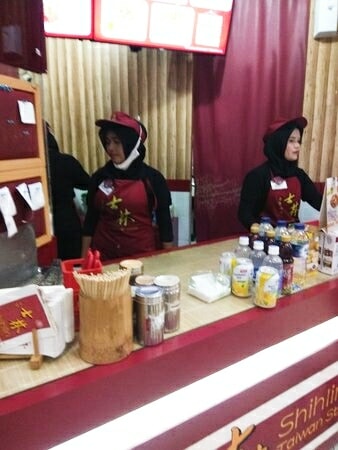 “I confronted my kid. They told me their friends taught them to eat the ‘viral’ fried chicken when they go out. Speak to your children. Tell them to inform their friends.”

Zenna also explains that the vendor is not at fault as they have the right to make sales, but that Muslims should be more aware of the presence of a Halal logo and certification when purchasing food.

Netizens were quick to voice out their opinions. Naturally, some agreed with Zenna while others were angry with how she shared her thoughts.

This comment reads, “Dude, such chicken can be found at Uncle Bob’s at the night market and mee hoon soup with oyster sauce and mushrooms? I mean come on, Malays who go out of their way to follow trends. You are better than this. For RM7 to RM9 you might as well get a double special Ramli burger by the side of the road and be satisfied.”

This comment goes, “Brother, I understand that you are doubtful because you did not see a Halal logo. But I am offended that you doubted it because you saw Chinese words on the menu. If that’s the case, should Muslims living in China/Korea/Japan just move back to Malaysia? And also, best not to travel. Because most of the eateries overseas will not have a Halal logo. Normally, there’ll be a ‘Kosher’ logo, which is the eating restrictions of Jewish people.”

Some netizens on the other hand pointed out some subtle racial discrimination in Zenna’s post and some just shot her down with sarcasm.

This comment reads, “The aunty selling banana fritters by the roadside does not have a Halal certificate either”

Do you think food and drink vendors without a Halal certification should refrain from selling to Muslims until they’ve received their documentations?

Also read: Your Favourite Bubble Tea Outlet Might Not Be Halal, According to This Viral FB Post 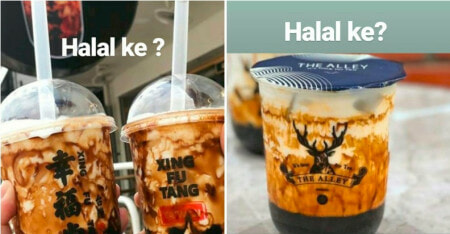