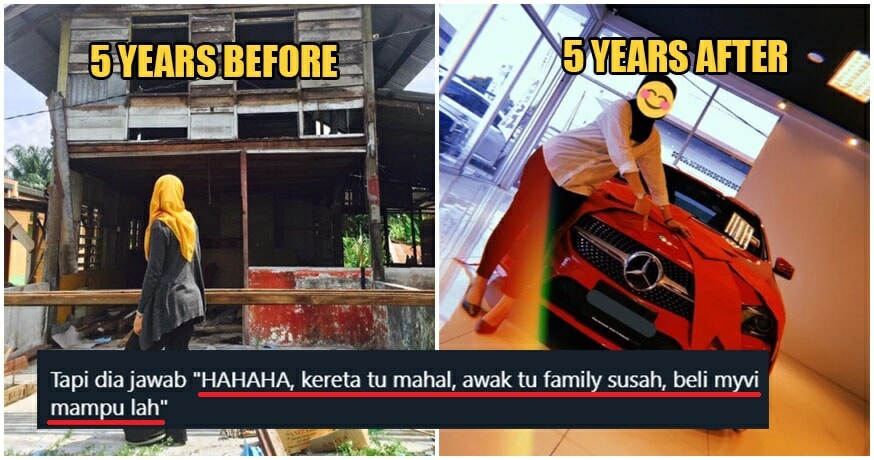 If you have nothing nice to say, don’t say anything at all. That’s the easiest way to avoid conflict, right? And for many of us, that’s a piece of advice that works relatively well. But if ever you wind up on the receiving end of these comments, the best way is to turn that into your motivation to succeed and prove everyone wrong.

This was exactly what one Twitter user, @RomizaRoman did when she shared her story through a series of Tweets, which has since gone viral with over 22k shares. 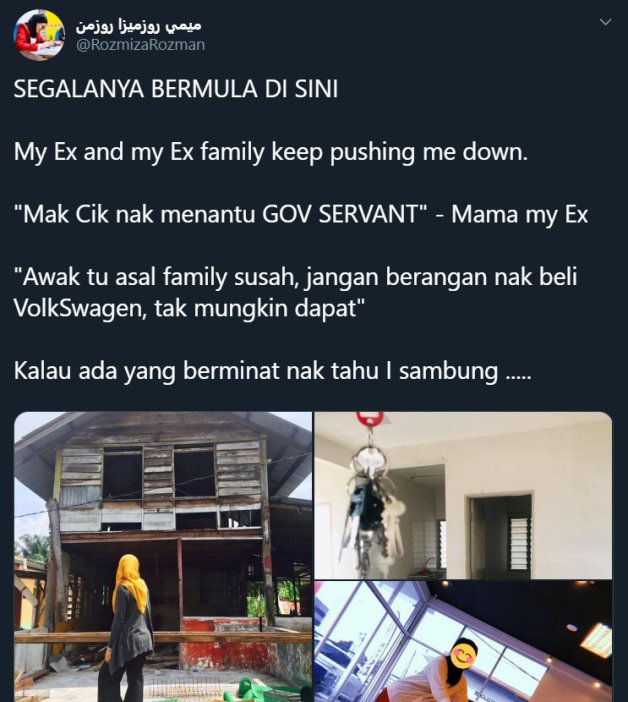 Hailing from humble beginnings, Romiza said that she had met a boy which eventually became her boyfriend throughout high-school. Everything seemed fine, and they would often support each other throughout their schooling years. Eventually, they graduated SPM, where she got 6As and he scored 4As. 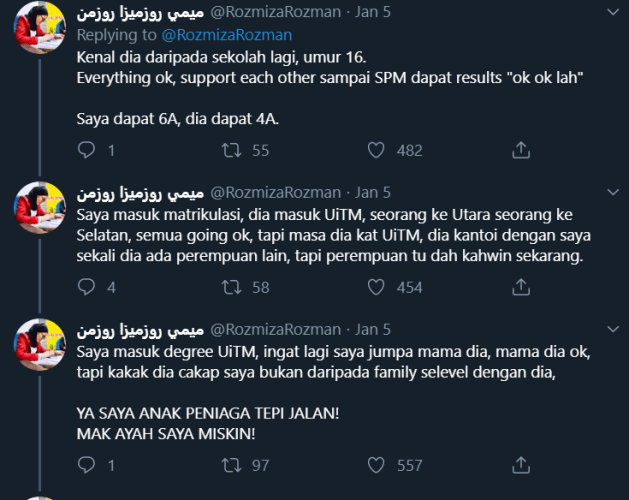 Their paths diverged after that, as she joined a matriculation course while he enrolled into UiTM. However, things got rocky when she found out that he was cheating on her with another girl! But no matter, since the girl wound up marrying someone else.

“Your family’s poor, and you’re not on the same level as ours.” said her boyfriend’s sister.

Rozmiza said, “YES, I AM A DAUGHTER OF A ROADSIDE STALL VENDOR. MY PARENTS ARE POOR.”

No matter, despite what was being said about her and her family, she continued to date her boyfriend. In most cases, you would expect your partner to support your ambitions, right? But guess what, the complete opposite happened when Rozmiza shared her dreams with her boyfriend.

“After I finish my degree, I want to work hard and buy a Volkswagen.” she said.

His response? “HAHAHAH, that’s an expensive car. Your family’s poor. Maybe all you can afford is a Myvi.” 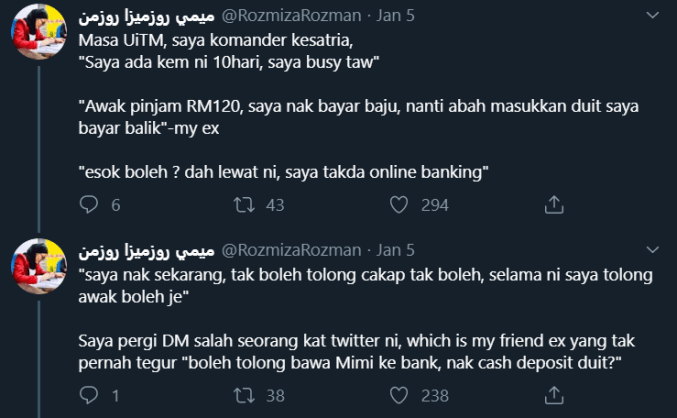 Their relationship only continued to worsen when her boyfriend asked her to lend him some money (mind you, she was still a student at the time). Despite not having online banking and asking him to wait, her boyfriend insisted that he needed the money right now. So Rozmiza went all the way with a friend to find a bank to deposit the money to her boyfriend’s account.

What did he use the money for? A holiday trip with another girl. 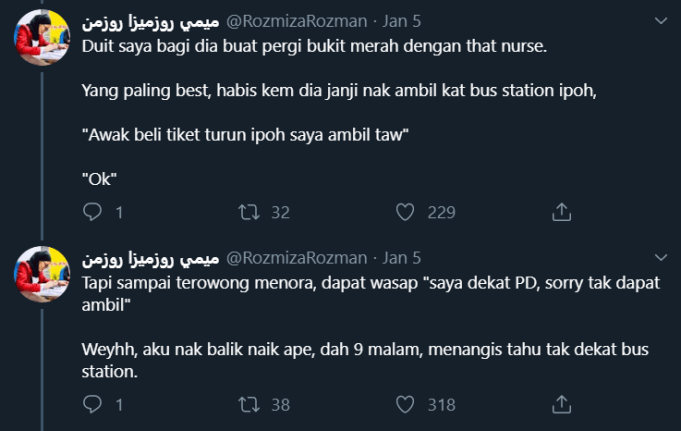 And even after that, when she asked him to pick her up from a bus station in Ipoh when she was returning from a camp, her boyfriend abandoned her at the station, saying that he was in Port Dickson. WTF!? 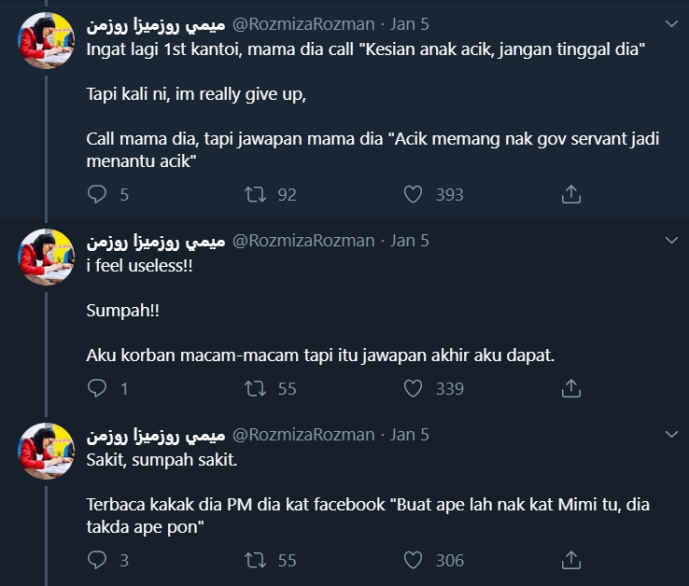 That was the final straw for her, and Rozmiza decided that enough was enough. She had to leave this man, and pursue her goals herself. While her ex-boyfriend’s mother begged her to stay with him the first time Rozmiza caught him cheating, the mom suddenly had a change of heart and said,

“I want my future daughter-in-law to be someone who works as a government servant.”

His sister even messaged him on Facebook, saying “Who cares about Mimi? She’s worthless.”

Determined to prove her ex-boyfriend and his family wrong, she worked hard for five years, remaining single throughout. In that time, she bought a house, then settled her PTPTN loan, and just recently, she bought herself a brand-new Mercedes-Benz CLA AMG worth RM233,888!

“You’re right to say that I can’t afford to buy a Volkswagen. I can only afford a Mercedes CLA AMG only.” 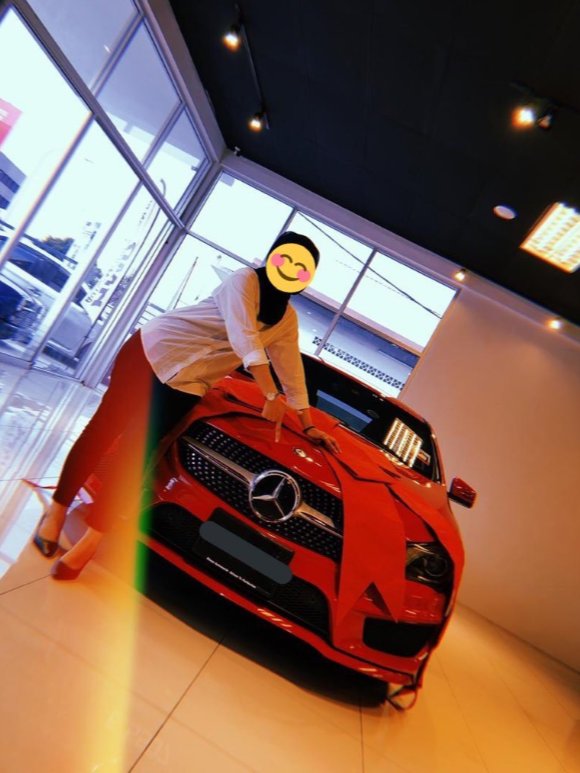 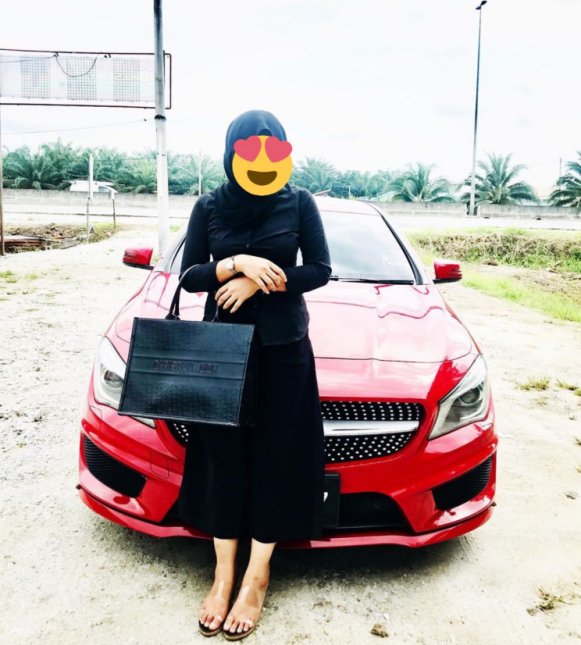 Photos are worth a thousand words, and this definitely proves her point! Not only did she buy herself a shiny new Mercedes and a house, one of her photos even shows her with a much-coveted Christian Dior Book Tote bag worth over RM15,164.82!

Her advice to everyone out there? Don’t look back. Just keep working towards your goals, and don’t let anybody tell you otherwise. Rozmiza now works as a pretty successful financial adviser, and continues to strive for further successes.

This comes to show that as long as you are determined to achieve your goals, naysayers can’t stop you from obtaining them! We wish nothing but the best for Ms Rozmiza, and hope that her story continues to inspire others out there. 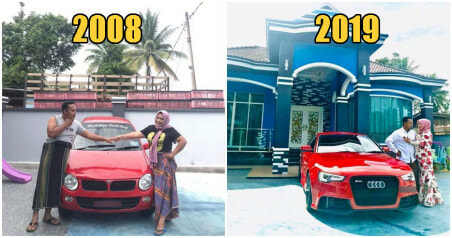