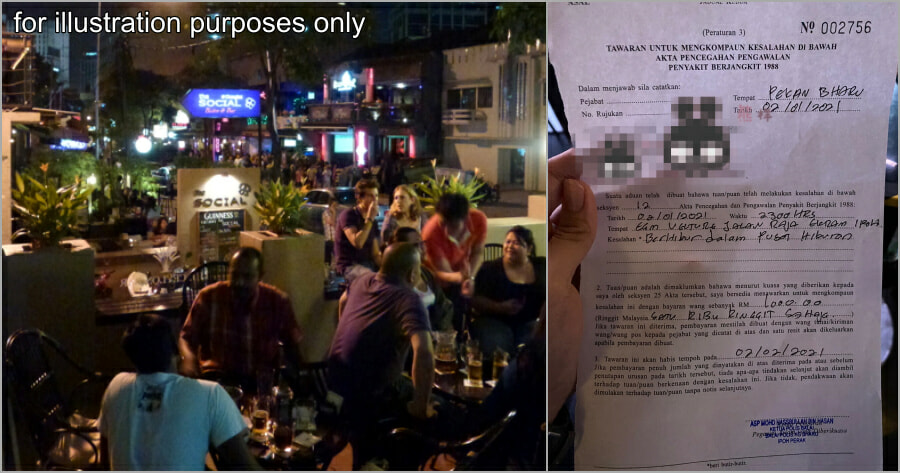 With our cases constantly on the rise and another MCO seemingly inevitable at this point, adhering to SOPs are more important than ever before.

If you’ve never been fined and think you’ll be lucky enough to escape the police, think again.

Just last week, Facebook user Jessie Lam took to social media to share the story of how she got her first saman of her life just by accidentally breaking SOP rules one night.

“I’ve always heard about not complying with SOP rules and getting saman-ed RM1,000! That’s right, this is what just happened to me,” she writes in her post.

The incident took place on 2 January, when Jessie and her friends decided to visit a nearby pub for barbeque and some drinks.

She explained that there were only four or five tables in the entire premise that night and that there were no more than 20 guests with tables separating everyone so she thought the SOPs were being done correctly. 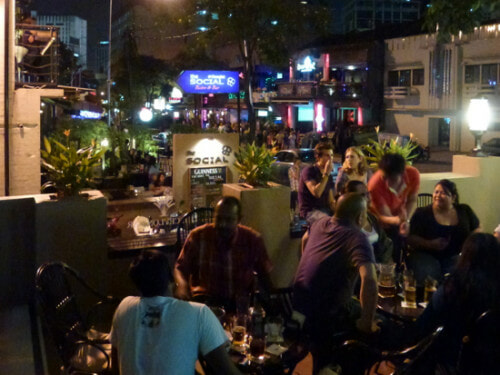 Hence when the police arrived at around 11.00pm that night, she didn’t think much of it. “I thought it was a normal procedure of checking SOPs, so there was no fear. We continued to eat our barbecue,” she writes.

“And when the police asked for our IC, we just naturally gave it to them. I mean, we were just having a BBQ and drinking beer.”

But then, the police made an announcement. Turns out, the pub had no licence to be open during the pandemic at all and now every single customer at the restaurant received an RM1,000 saman each!

A customer tried to explain that none of them knew they couldn’t dine in at the pub and that they were all there for the first time, but the police said that it was out of their control.

“And that’s how I got my first RM1,000 saman in my life, despite never getting fined on the road before at all!” 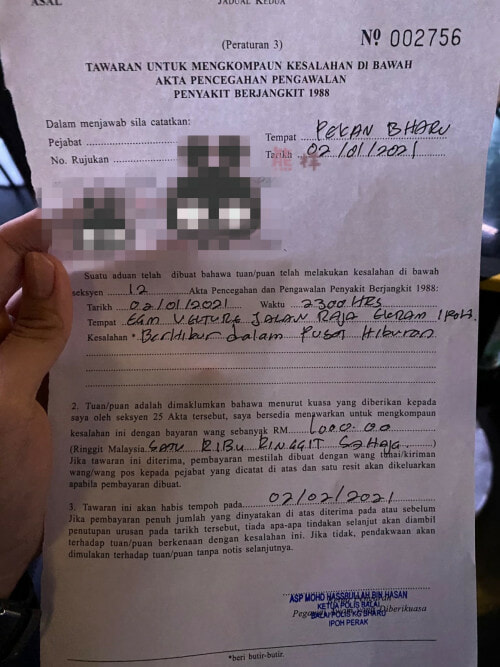 Jessie finished her post off by warning other Malaysians of visiting restaurants during the pandemic. She also asked shops to ensure they have the necessary licences to stay open during this time as well.

“If you are open for business, please get the licence your store should have. When you don’t have the licence, you really harm all your innocent customers for no reason.”

So, the next time you think it’s alright to just go out to have some drinks, maybe think twice. You never know what will happen! 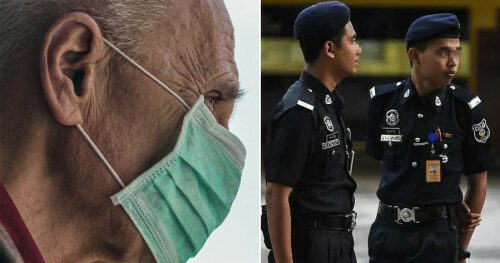