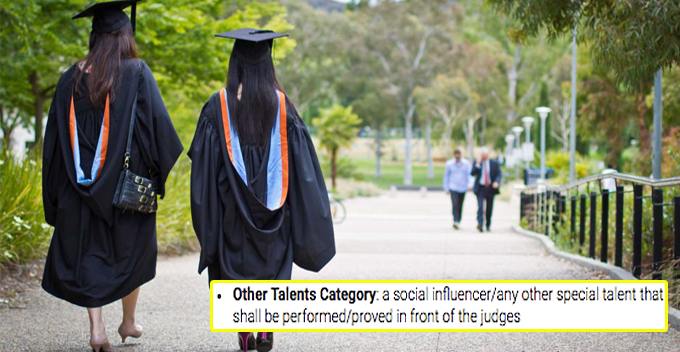 Conventionally, scholarships are awarded to students with outstanding performance in both academic and co-curricular activities, which is why when this local private university decided to award scholarships to social media influencers, it got some of its students pretty upset.

A brief scroll through the university’s website showed us that social influencers are recognised as talented individuals who are eligible to apply for the university’s fully-funded scholarships.

A student who discovered this term was baffled by this policy and expressed her dissatisfaction about it.

“It’s honestly so absurd that the university is giving out scholarships to people who are social influencers. There are kids in high school slaving their assess off to get some semblance of financial aid to further their studies, and you have an entire scholarship category that entitles upper-middle class millennials who become famous from posting photos from their photoshoots in their black bralettes.”

After the post went viral, many students jokingly said they should start their own YouTube channel in order to be eligible for the scholarships.

It’s not that simple if we’re honest, because there are certain conditions such as minimum academic results that must be met before the social influencer is entitled for the scholarship.

On the other hand, some students reckoned that there’s nothing wrong with this policy as social influencers are just like sportsmen – they work hard at what they do best.

To be fair, not all social influencers get famous by posting seductive photos on social media; some influencers like Jinny Boy, Jenn, and Harvinth Skin, just to name a few, actually hustled and produced some of the funniest videos we’ve ever seen!

Well, this is definitely an interesting topic to debate on. Should the university offer scholarships to social influencers with good grades? Tell us your thoughts in the comment section!

Also read: VIRAL“She was One of the Best Students in SPM but Failed to Get JPA Scholarship…” 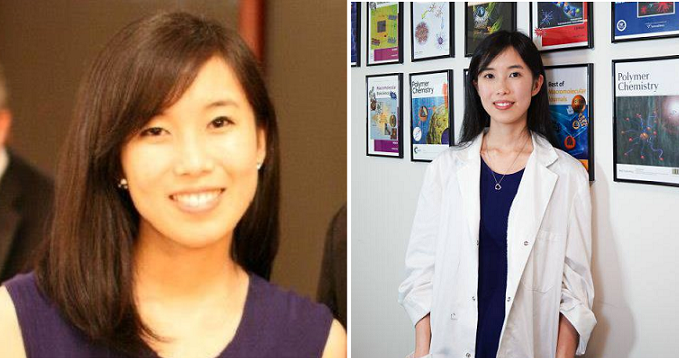