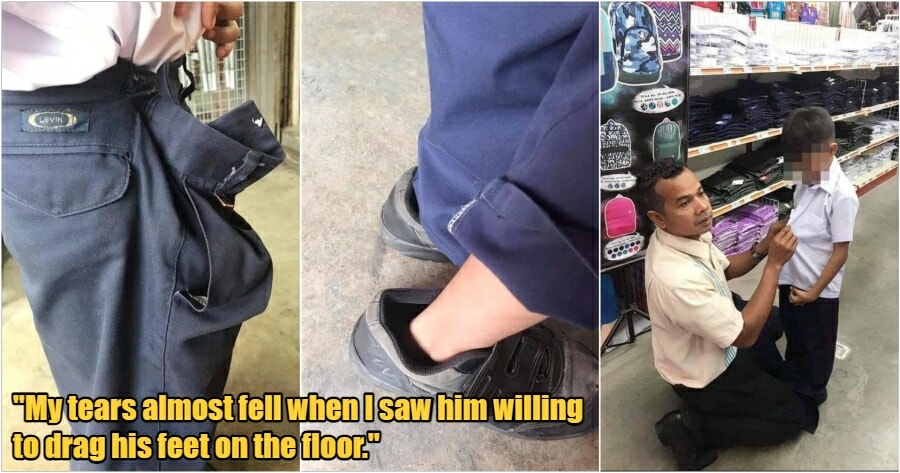 A little boy from Penang caught the attention of his teacher after the student was discovered to be dragging his feet as he walked and was constantly holding onto his school pants.

It turns out that the uniform the boy was wearing was way too big for the little boy because it was handed down to him from his elder brother.

“I cried, among the many underprivileged people I have met, he is very special because he has such high determination and comes to school even while in a very poor condition,” shared primary school Islamic Education teacher, Mohd Nasir Mohd Zain via a report by Harian Metro.

“God willing, I plan to adopt and help him as much as I can so that he can continue his schooling like other students.” 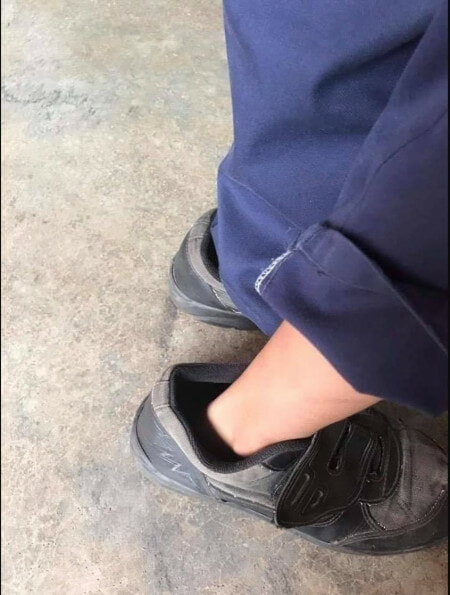 The teacher has since purchased a fitting uniform for the Standard 3 student.

“My tears almost fell when I saw him willing to drag his feet on the floor so that his shoes, which are much larger than his feet, wouldn’t come off while his hands always held onto his pants to avoid it from slipping,”

“I think if it happens to my child or other students, they would be ashamed and would not want to go to school. So, I don’t care what people want to say because my intention is to share this story so that it is an inspiration to others, especially other students so as to not make poverty an obstacle to come to school,” the teacher added. 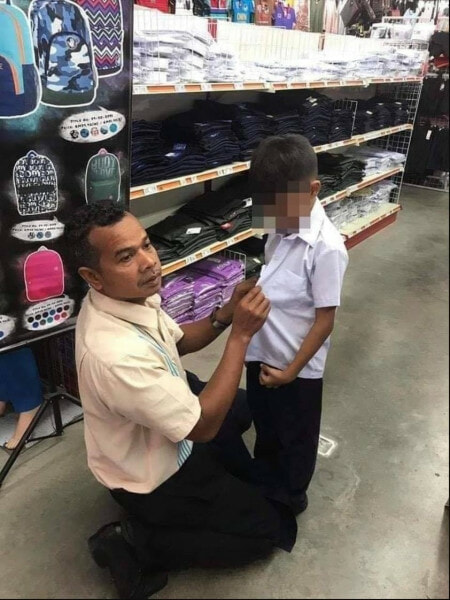 The little boy allegedly comes from a poor family and he has four other brothers and sisters.

“I think now that he is studying in Standard 3, he may not know what shame is. Imagine when he goes up to Standard 4, 5 or 6, it is not impossible that he will be feeling ashamed and if he does not go to school, his future will be dark. If there is moral support like this, I think it can at least raise his spirits to progress in his studies,” the teacher explained further.

Mohd Nasir shared that it was all worth it after seeing the look on the boy’s face as he received his new gear for school.

“It is very satisfying to me when I see the child’s ecstatic facial expression, as if what he has been dreaming of has been achieved,” he said.

We’re so happy that the little boy has such a supportive and kind teacher.

We genuinely hope that the boy continues to be determined in his studies and makes it big one day!

Also read: Schoolgirl In Sabah Falls As Rotting Wooden Bridge Collapses Under Her 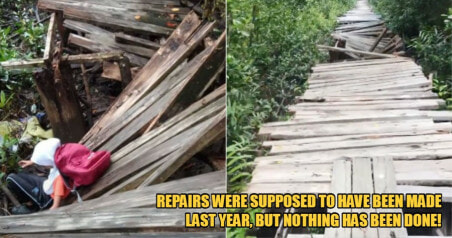