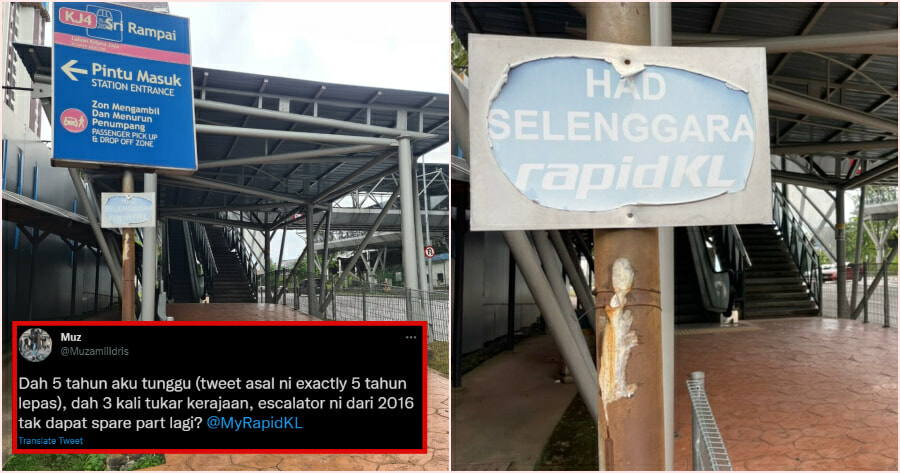 As Malaysians, we all know that our public amenities and essential items such as fire extinguishers do tend to be lacking in proper maintenance. This is especially troublesome when a seemingly essential facility is ‘forever’ under maintenance.

Muz had actually taken to Twitter back in 2016 to lodge a complaint to Rapid KL in regards to the broken escalator.

The tweet on 9 November 2016 reads, “@RapidKL, the escalator at Sri Rampai has not been working for a while. Sorry to ask but is it not fixable?” 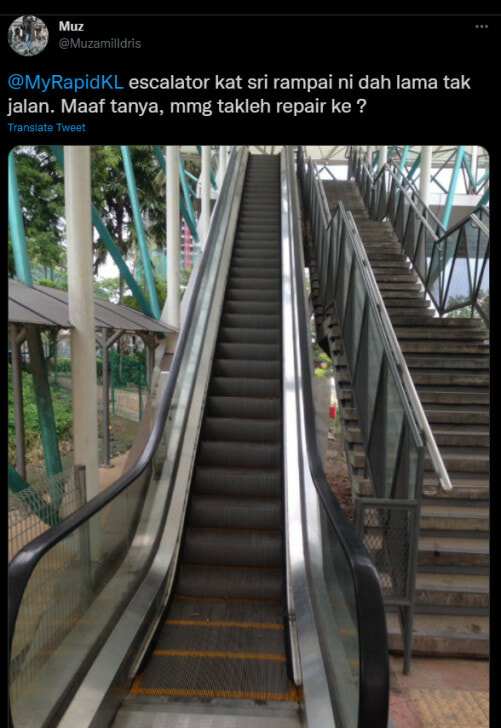 Rapid KL then responded to Muz’s tweet with, “Sorry for the inconvenience. At this time we are still waiting for the spare parts to fix the said escalator.”

Yesterday (9 November 2021) was five years since then and Muz took to Twitter once again to point out that the said escalator still has not been fixed. Muz’s tweet reads,

“I’ve waited five years, the government has changed three times but this escalator from 2016 still hasn’t receive the spare parts to be fixed?” 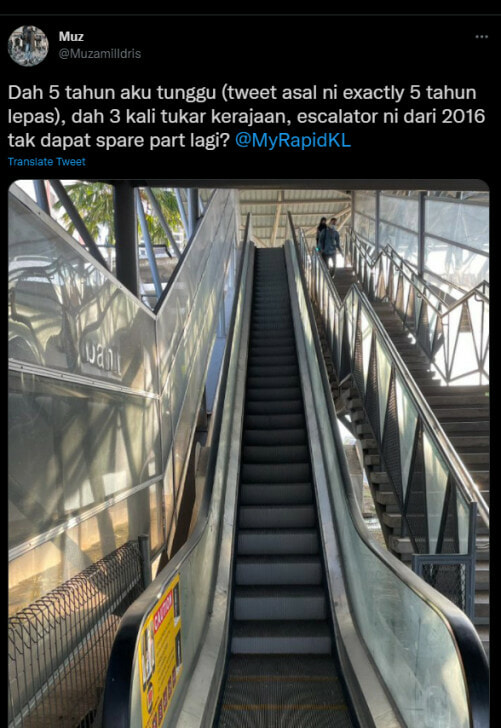 His recent tweet has again caught the attention of Rapid KL, who responded by saying, “We apologise for the mistake in the previous tweet. After a review was made, we would like to inform that this escalator is not under the maintenance of Rapid KL.” 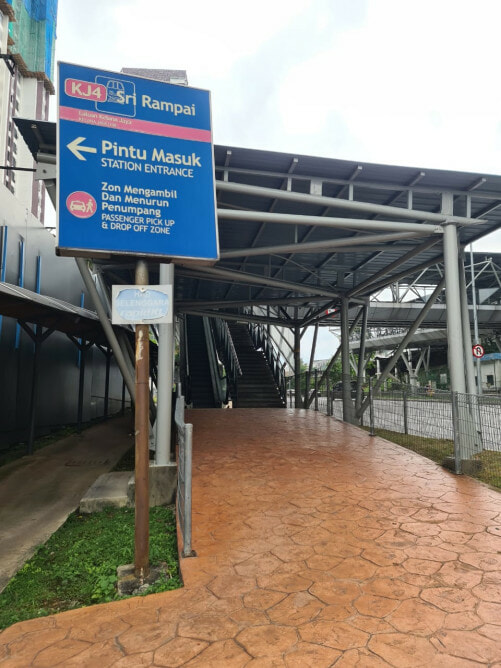 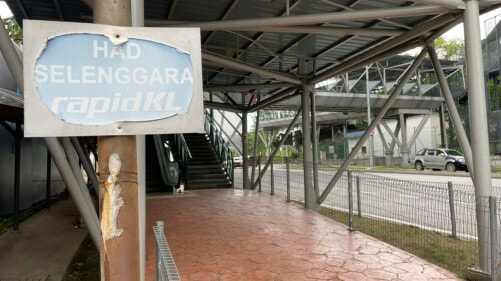 They then added, “We recommend that you submit a complaint to DBKL,” and provided a link for netizens to lodge their complaints.

Muz’s tweet has amassed plenty of attention and currently stands on over 3,600 likes and 3,400 shares. Despite Rapid KL’s explanation, users commented on how they have experienced similar things as well. Some joked on how the escalator would’ve been fixed in an instant if a public figure were to complain about it.

One user said, “I entered university in 2016 and spent a lot of time at this LRT station. The escalator operated only once and then never again.”

“I graduated in 2019 and have continued to do my degree and it’s still not operating!”

“What a country,” said the user.

Meanwhile, another user said, “If you call a minister to pass by there, they’ll fix it immediately.” 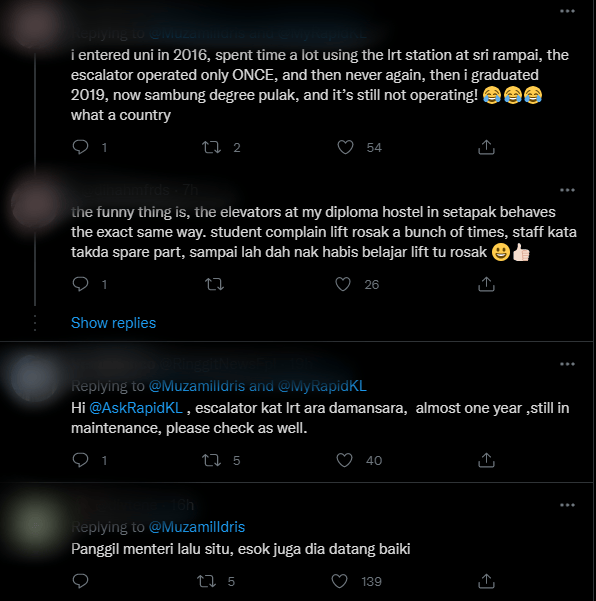 Another netizen said, “Seriously not fixed yet? When I was single I took the LRT from there. From when I was single to now having three children and it’s still not repaired yet.”

Whoever’s responsibility it is, we hope that the escalator gets repaired as soon as possible. Although it may not seem like a big deal, facilities such as those are extremely important for the elderly and those with disabilities.