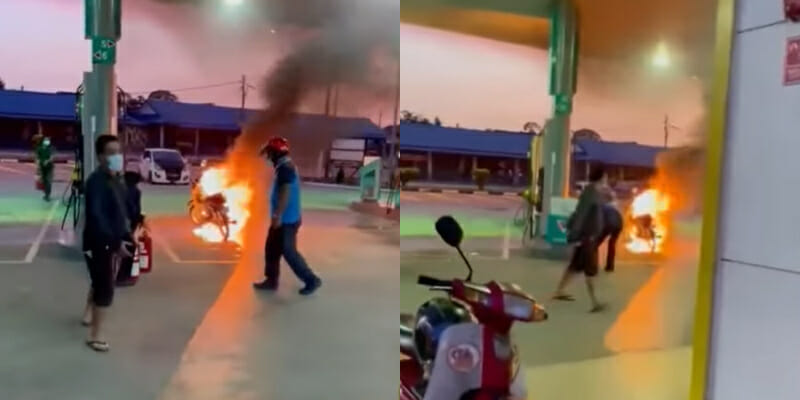 The mere presence of a fire extinguisher can make you feel safer, but without proper maintenance, this piece of equipment may be more of a bane than a boon, especially in times of need.

Such as the story of this motorcyclist, when his motorbike was caught ablaze during start-up that later became uncontrollable because of a faulty fire extinguisher.

In the cctv footage, the motorbike can be seen sparking fire as the rider was about to ride away.

What first started off as a small fire, in the corresponding video, failure of the equipment on hand, has caused the fire to engulf the motorbike and endangering a nearby fuel pump.

Taking place at the Pekan Nanas, Pontian petrol station, netizens commenting on the video expressed their disappointment at the fact that staff at the petrol station were untrained and incapable of putting out a small fire.

“Based on the feed, the staff looks as if they do not know how to operate a fire extinguisher. At any petrol station, if there is evidence that a faulty fire extinguisher caused the uncontrollable fire, the Fire and Rescue Department can take action against the business owner.”

Another blamed the staff for their inadequate training in fire safety.

Let’s hope that the authorities will take this matter seriously as such a fire will not only endanger the petrol station, but may lead to the loss of lives.

Also read: Brave Puppy Wakes Up Owner At 5am To Save Perak Family From Massive Fire 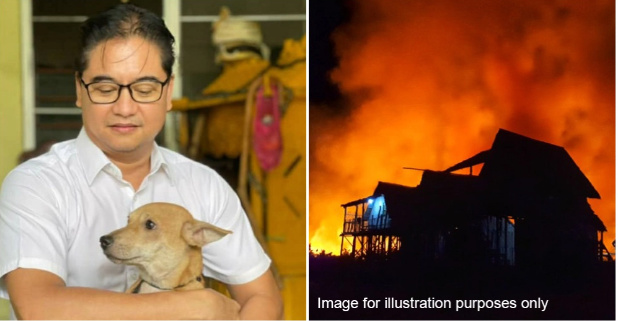