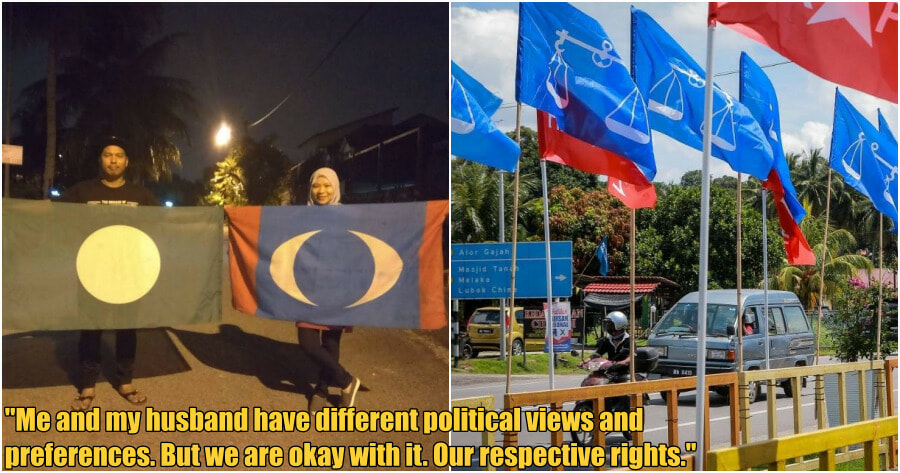 When it comes to relationships, one of the biggest factors that could make or break it are political preferences and ideologies.  When two individuals have a different stance, it could often lead to arguments and constant debate which would be unhealthy for the relationship.

However, it appears that in some cases and for some couples, this political preference does not matter as much as they still manage to make their relationship work.

Recently, a Twitter user took to the platform to share that although she and her husband have a stark difference in the political parties they support, they still respect each other.

Even me and my husband have different political views and preferences. But we are okay with it.. hak masing2. Like last GE14, we also voted different parties. And we proudly took pictures together with different flags at the end of the day. ❤️
This GE15? Kita tunggu Malaysiaku 🇲🇾 pic.twitter.com/PEsDOzOHjf

In her post she wrote, “Me and my husband have different political views and preferences. But we are okay with it. It’s our respective rights.”

“Like in GE14, we also voted for different parties. And we (still) proudly took pictures together with different flags at the end of the day.”

This is how it should be!

Her post has since gone viral and has amassed a huge number of comments from netizens who praised her and her husband for making their relationship work despite their differences in political ideology.

“Open minded like this is great. No need to be so fanatic until you start a fight between husband and wife or siblings. Respect each other’s choices.”

“This is what we want. Not just because you support another party you are labelled as a macai. Just enjoy because our understanding of politics is different,” said another user.

Another commented, “I respect this. Not everyone can separate these things. Some husbands think that because they vote one way, means that their wife has to follow.”

Kudos to the couple for making it work despite everything else!

Also read: M’sian Couples Praised For Voting in Wedding Attire at Polling Centres Despite it Being Their ’Big Days’ 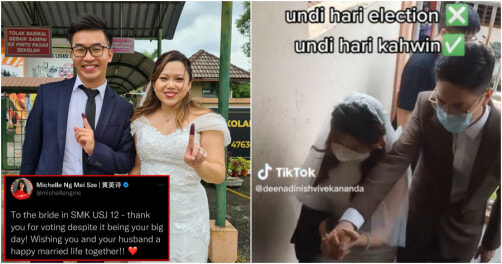