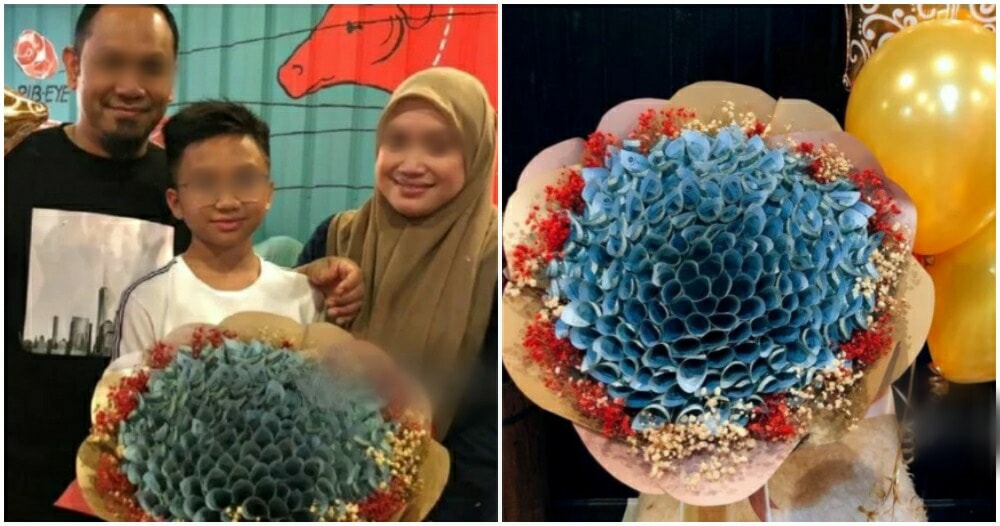 UPSR is one of the first “BIG” exams that Malaysian children who go to government schools will face. So, it is understandable that some parents will want to motivate their children by giving them some sort of reward. 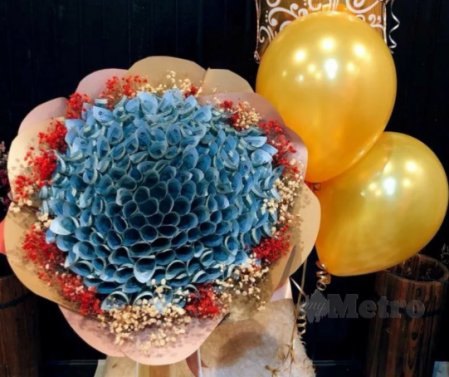 This boy’s parents took things to the next level by giving him RM10,000 in cash, reported Harian Metro.

His mother said that Danish is a very active boy who loves to play football. However, football made him super busy and that caused him to miss out a lot in his studies.

His mother asked him what he wanted, and he said he wanted an iPhone, but his parents were worried that he would misuse the phone and not focus on his studies. So, they made a promise to Danish that if he got good results for UPSR, they will give him RM10,000 in cash. 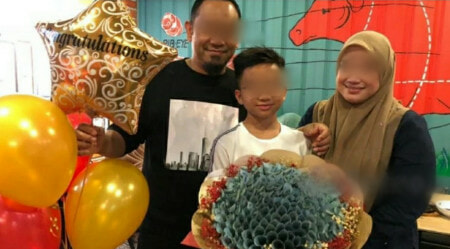 From then on, both of them saw that Danish really put in the hard work, and they even found him fast asleep while revising a few times.

The couple, who own a café explained,

“We are not a well-to-do family. We used our savings and worked really hard on our business to make sure that we get that amount of money in 3 months.”

Even though Danish did not get straight A’s, his results were still great. And when he received the bouquet, he asked his parents to put all the money in the bank! That’s certainly a very smart move!

We hope that Danish will enjoy his school holidays playing football and that when school reopens, he can focus completely and get consistent results! What do you think about this? Tell us in the comments! 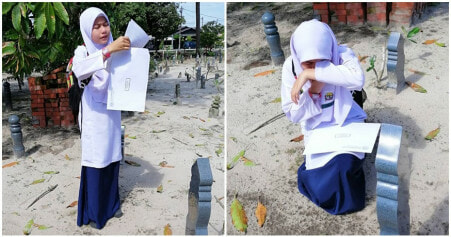