Premarital sex as most people understand it today, is a choice. One can choose to have premarital sex, or they can also choose to wait until marriage. After all, it’s a free world and you’re allowed to make your own decisions.

But for some people, the issue of a woman’s virginity and her decision to have premarital sex seems to crop up as an issue still, as this viral Tweet will come to show.

Submitted as an anonymous question posed to a popular Twitter account, the man starts off by explaining that he had recently gotten to know a girl, and their relationship started off relatively ‘clean’. The thought of premarital sex never crossed his girlfriend’s mind, but he was persistent.

“I’m a naughty kind of guy, so I tried to get naughty with my girlfriend. But every time I tried to, she doesn’t seem to like it or want it.” 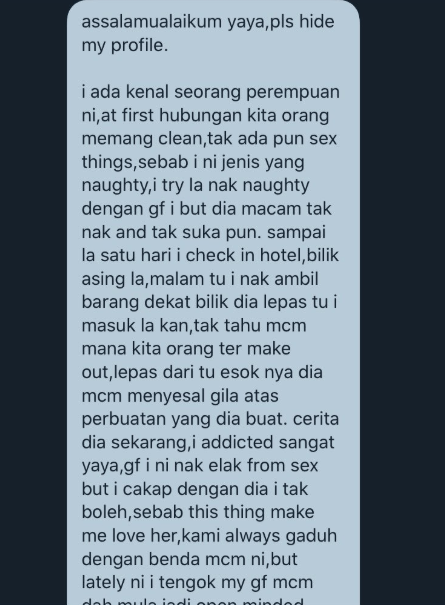 This is in light of the fact that the girl would repeatedly deny his advances, indicating that she didn’t appreciate them. But during what can be assumed was a vacation, where the man booked separate rooms for himself and his girlfriend, something happened.

“That night, I was trying to get something from her room, but we accidentally wound up making out.”

After the incident happened, the woman felt incredibly regretful of the act that she committed and apologised profusely. But she stressed again that she wasn’t comfortable with her boyfriend’s ‘addiction’ to sex. 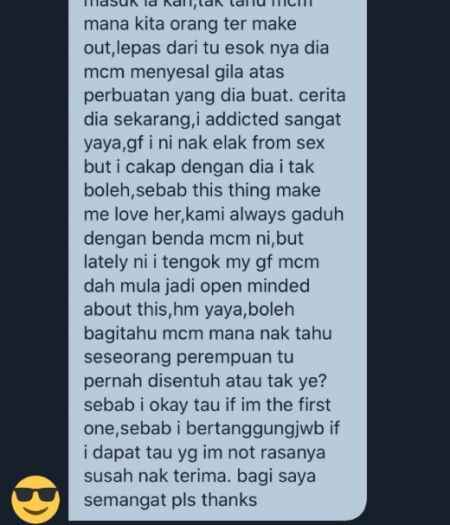 In what seems like a change of heart however, the man said that he noticed his girlfriend gradually became more ‘open-minded’ towards the idea of premarital sex. And that also posed a problem. The man said that he was concerned that his girlfriend isn’t a ‘virgin’ because of this new openness and asked the admin of the Twitter page if there was a way to find out if she is a virgin.

“Is there a way to find out if she has been ‘touched’ by another man? I mean, I’m OK with the idea of being her first, because I will be responsible. But if she isn’t a virgin, I find that hard to accept.”

Predictably, netizens who noticed how contradictory this man’s statement was pointed it out quickly and condemned him for his remarks.

“Good or bad, virgin or not, we reap what we sow. You intend to commit sin, and expect to be with someone who is virtuous? Hahahahahaa.”

“This is a species we call ‘pigs’, kids. They want to be with angels, yet they want to ruin someone’s virginity.”

“This is why I’m really afraid of men.”

The viral Tweet has since been shared over 19k times.

Whatever your opinion on the matter, we have to say that everyone should have the right to make their own decisions when it comes down to their lives. And we should never judge or condemn others for their choices. 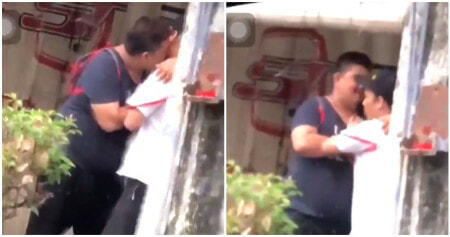