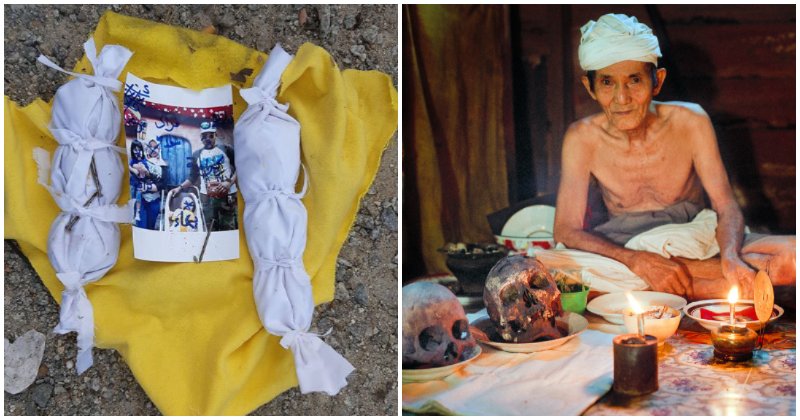 What how do you protect them from the supernatural?

One man decided to put his trust in faith and religion when he received a very odd package from Pos Laju. Md Iruwan took to his Facebook page to tell the horrifying story of how he had received a picture of his family with Islamic words written all over it and the faces all crossed out. Along with the image were nails and two doll-sized replicas of bodies in the Islamic burial garb. The entire package came wrapped in a yellow cloth. 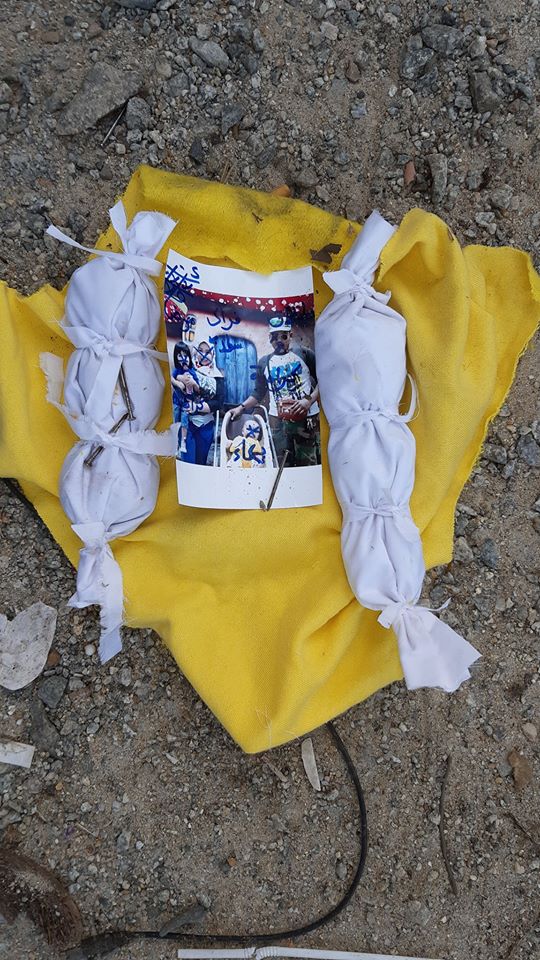 Iruwan wrote, “To whoever did this, you will later receive a response from God, as far as I know, I have no enemies. How shocked I was when I opened a package only to see this. This picture was taken off of Facebook and I know you follow me on Facebook but I will not respond to your doings. You best remember that God is more than everything.”

The person who sent the curse most likely went to a witch doctor in order to prepare the contents of the package, as not just Iruwan was cursed but also his whole family.

“If anything were to happen to my family, you will answer for it, God is the fairest and most just of them all. You’re trying to get my wife to separate from me and you want her to go insane and die. But you must remember, if God doesn’t allow it, it won’t happen,” he added.

He did the smartest thing possible, which is to not retaliate and look to the good forces in the world to protect and heal from whatever may come.

“I pray to God to show me who would do this to my family. I am not afraid of death for death is inevitable for life. But I do ask that God give me long life for I have not done enough in my life, and my children are still young. Please show me the truth,” he ended his posting.

It’s scary to think that people who hold grudges are willing to still risk their well-being and the well-being of others by dabbling in dark practices.

We hope that Iruwan and his family is safe and sound.

Had any similar incidents? Let us know in the comments section!

Also read: Girl Takes Photo Of Herself Sitting On a Chinese Grave Because She’s Tired Of Her Usual Poses 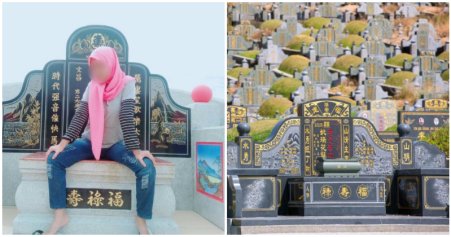