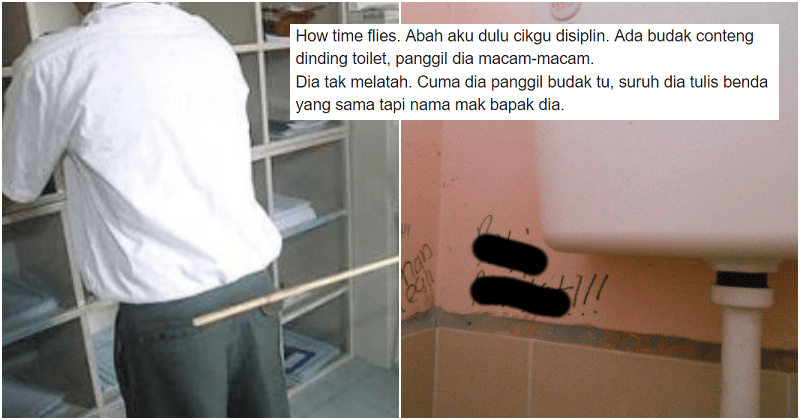 The recent issue of the teacher who violently caned a student for calling him “agua” or “pondan” has gotten many thinking and debating on the justification of not just public caning but also private caning in Malaysian schools. This coming from the consideration that the action of caning children has already become somewhat frowned upon not just in Western countries but also in Asia.

So, if we don’t cane children who are not only uncooperative but also disrespectful, how do we punish them in hopes of them realising their mistakes?

In light of the incident, Cheryn6 (@cheryna27)‘s Twitter thread regarding her father, who used to be a disciplinary teacher has gone viral.

In the thread, she explains how her father dealt with a student who was bold enough to vandalise the school toilet’s walls with disrespectful and crude statements about him.

Mak bapak datang mengamuk.
Abah brought them for a tour to the toilet. https://t.co/NlVQvfcik5

Cheryn6’s posting goes, “How time flies. My dad used to be a disciplinary teacher. There was a student who scribbled on the toilet walls, calling him all kinds of things. He didn’t retaliate. He just called in the student, told him to rewrite the same thing but with his parents’ names. His parents came raging. My father took them on a “toilet”  tour.”

She continued the story in the thread, explaining how her father had reasoned to the student’s parents on their child’s masterpiece.

Ex Discipline Teacher: “This is the result of your child. On the right, he wrote crude words along with my name. Maybe your child found it entertaining. So I asked him to write it again with his parents’ names.”

The parents: “You told him to swear at us?!”

Ex Discipline Teacher: “Oh, so what he wrote about me is considered swearing yes?” 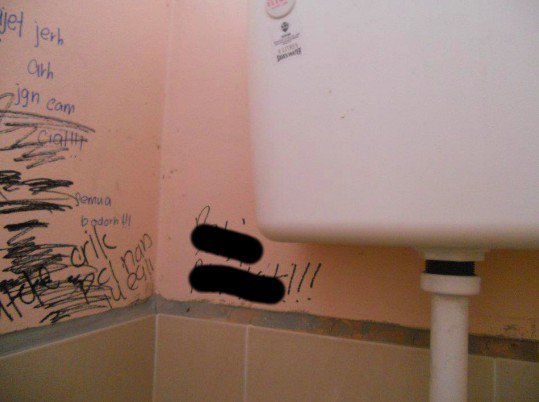 The parents then realised their kid’s mistake and was embarrassed as they had not gotten the full story.

“The student told his parents that the teacher told him to insult his parents until he was mocked by his peers. The true story – the student had insulted my father first, for the sake of entertaining others. So, after seeing proof of their kid’s artwork, within a few seconds, the student got tossed into the toilet by his father. The student’s father asked for forgiveness, telling my father to punish his kid however necessary.”

It turns out, Cheryn6’s father already had a plan in mind.

“He asked the parents to buy paint. The student had to repaint the school toilets. His father supervised. Case closed.”

Cheryn6’s father also left behind a great piece of advice.

“There’s no use of beating the student up if they don’t learn.”

The story of her father has now opened up a whole new discussion regarding alternative methods of punishing students who are more difficult to handle. Netizens have since spoken out about Cheryn6’s father’s teaching methods.

This one goes, “I love your story, and I love how your father takes action, he’s so wise.”

This one who’s possibly by a teacher, goes, “Smart… I’ll try to practice this.”

We understand that certain students can be difficult and disrespectful, though caning might be a slightly outdated punishment method that doesn’t seem very effective anymore. It’s time parents and teachers both work together to come up with smart alternatives that can teach students to realise their mistakes.

Cheryn6’s posting has since garnered over 12,100 retweets.

What are your thoughts about avoiding caning as punishment?

Also read: Malaysian Schoolgirl Goes Viral After Getting Badly Caned by Teacher for Calling Him “Pondan” 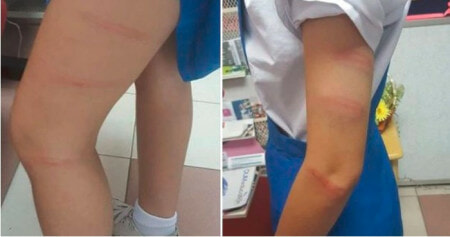