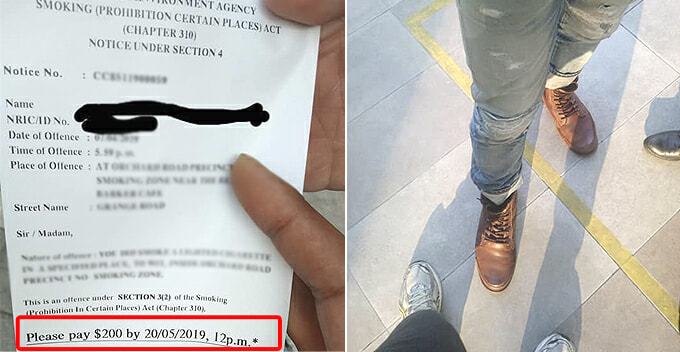 As we’re all aware of, Singapore is extremely strict when it comes to law enforcement and there’s no such thing called kasi chan there. This man can totally vouch for it as he was slapped with a summon for the slightest mistake he made.

On 7 April, a Malaysian man was issued a fine worth SG$200 (approx. RM600) after he was caught smoking at the designated area. However, he had one leg placed outside the yellow line. This incident took place in Orchard Road at 5.59pm, according to China Press.

It was understood that the fine was issued by an auxiliary police officer who apparently, didn’t give a chance to the man to put his leg back into the smoking zone. As such, the man took a picture of his ticket and shared it online to warn others about how strict the lurking enforcers are. 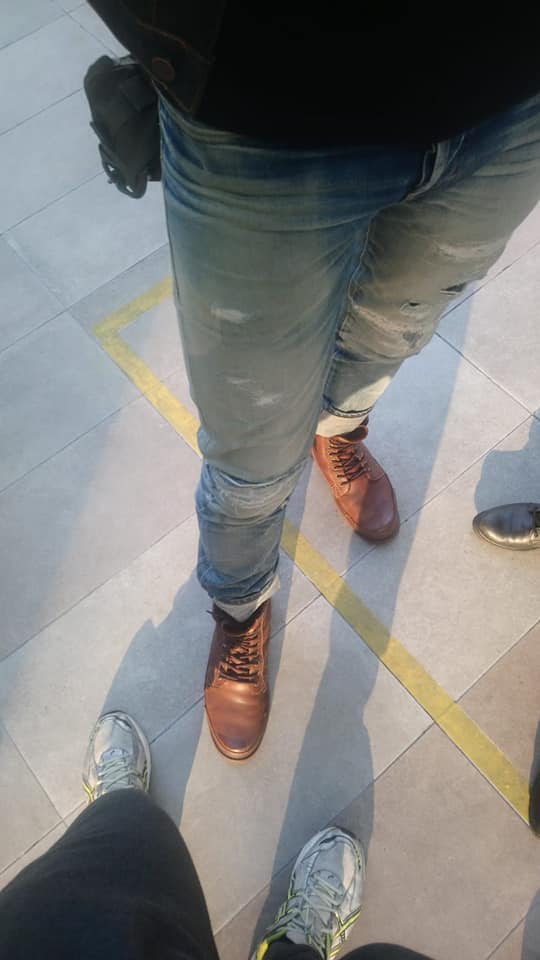 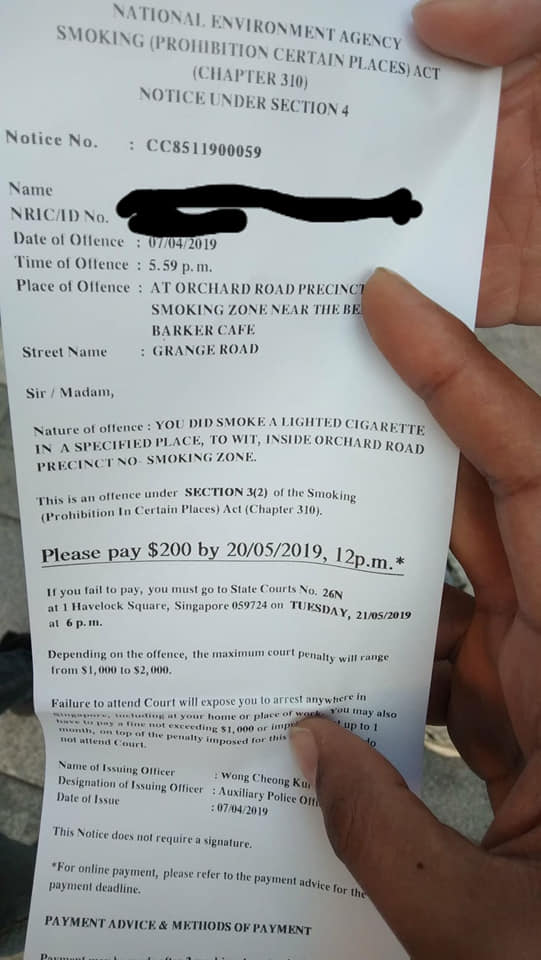 The post received mixed reactions among netizens with some pinning the blame on the smoker, while others reckoned the officer could’ve given him a warning first since he was memang in the designated smoking zone.

“The officer probably needed to hit his quota before going off work and to get a bonus at the end of the year. His hands are tied actually,” a netizen said.

“This has to be the most expensive smoking break ever in the world. The man should’ve been more careful with where he’s stepping although a little compassion from the officer wouldn’t hurt!” another netizen commented.

What do you think about this incident? Should the summon be issued? Let us know what you think in the comments!

Also read: Malaysian Fined RM1,500 For Not Declaring Half a Packet of Cigarettes at S’pore Customs 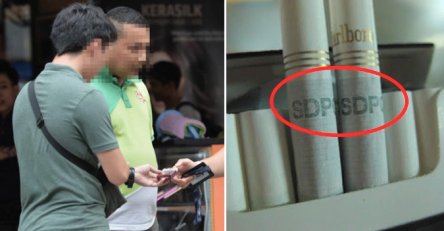