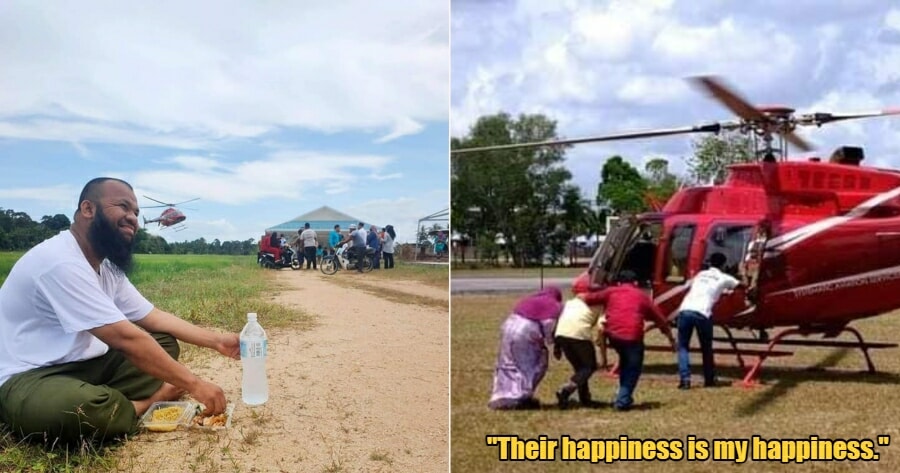 They say money can’t buy you happiness. But, money can buy you experiences, such as getting to fly on an airplane or helicopter. Considering many Malaysians don’t exactly have that kind of money, they’d probably never be able to experience flying in their lives.

But thanks to Muhammad Azlan Al-Amin, a garbage collector turned millionaire, those living in a rural village in his hometown of Besut, Terengganu, got the once-in-a-lifetime chance to experience how it feels to ride in his helicopter.

Muhammad Azlan Al-Amin took to his Facebook page to showcase the lovely gesture. 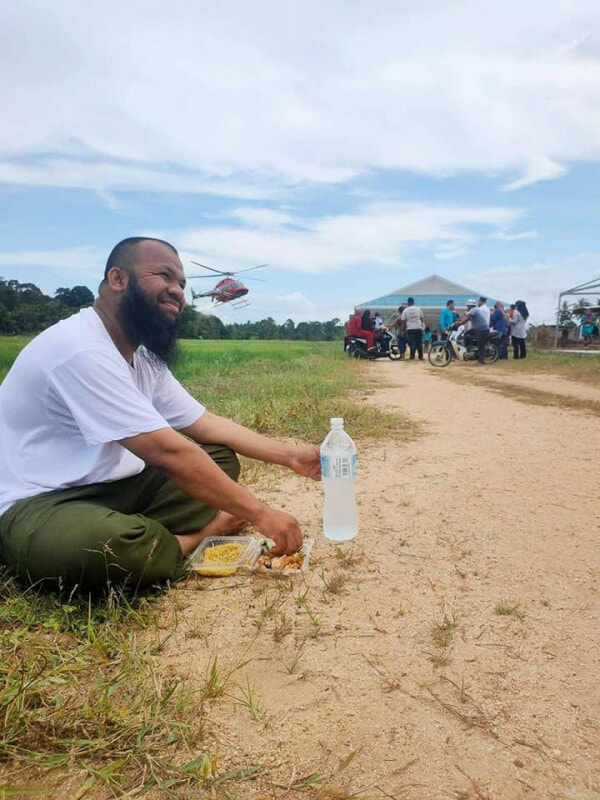 He wrote, “Their happiness is my happiness. Alhamdulillah, we’ve finished taking almost 300 villagers on the helicopter in six days in Besut. Thank you for the advice from the authorities, we took care of the necessary SOPs such as providing a list of names of the residents who visited as well as recording their body temperatures.” 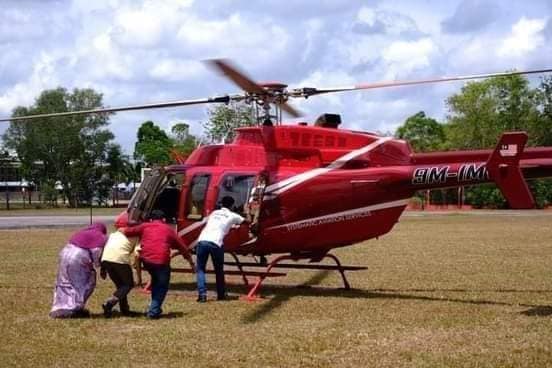 “For all the villagers who had the chance to come, I gave them the opportunity to ride in my helicopter for free, without any payments. Don’t ask me how much it really costs for the six days I brought the helicopter back, there will be many who will get shocked.”

“Whatever it is, their happiness is my happiness. Thank you to those who pray for me,” he added. 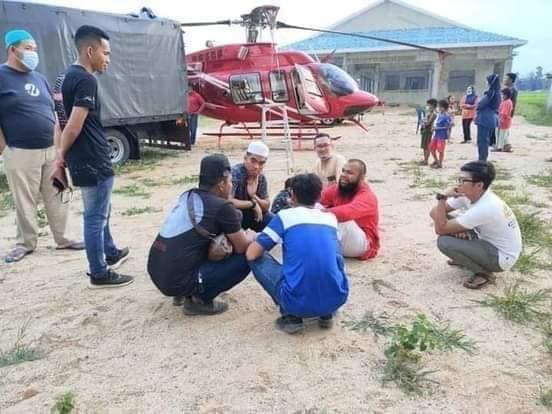 According to Sinar Harian, Muhammad Azlan Al-Amin came from a less fortunate family where he worked as a garbage collector for six months, but he took his misfortune in stride, found his way into the real estate field, and eventually became a millionaire.

His life story has also since been immortalised in a book titled, ‘Rahsia Pengutip Sampah Jadi Jutawan’.

If all the millionaires in the world were like Muhammad Azlan Al-Amin, the world will definitely be a better place. 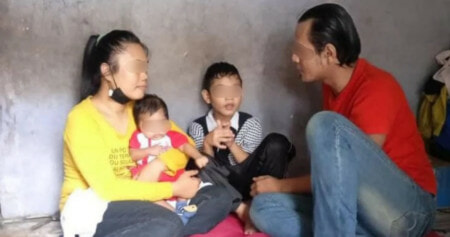