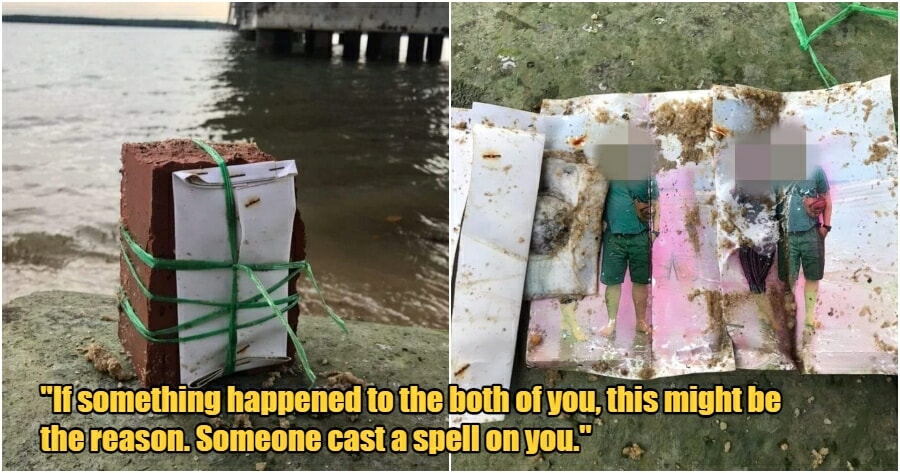 People say underwater is one of the scariest places as we have no idea what lingers under there, and what may “emerge” from below the water.

Recently, a man who went fishing under the bridge in Jambatan Telok Sengat, Johor was shocked to find an item that washed up on the shore. He found a white envelope tied to a brick and he decided to unravel the content in the envelope, but the discovery proved to be something straight out of a horror flick.

It was an image of an allegedly married couple who were suspected to be under the spell of black magic to separate the pair. After taking a closer look, the man said that the image of the woman was covered with soil from the grave. However, he did not explore further as the discovery sent chills down his spine. Regardless, he has a message for the couple.

“Just in case something happened to both of you, this might be the reason. Someone cast a spell on both of you.” 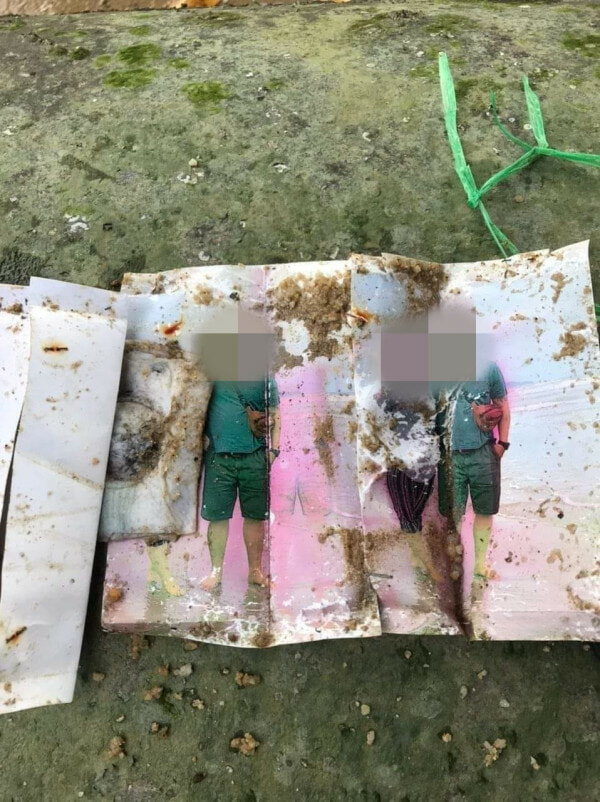 The discovery has also horrified many Malaysians who found the post in the Facebook group Penduduk Sungai Petani. They have mostly condemned the act of the black magic practitioner, as well as wished that they will never have to experience such an event.

“Remember to recite the prayers. You’ve touched the stuff, you take care of yourself too.”

“This sin grants no mercy. Oh my goodness, I hope we’d never get tangled in these things.”

“That’s scary. We’re all humans but with different intentions. We can’t tell what intentions others have towards us.”

“People who did this will be tormented and punished.”

“This is what happens when humans are evil-hearted.”

Other netizens continued to ponder the reasons why some people even resort to these things.

“Why would people do that? Are they not afraid of the punishments in the afterlife?”

“We’ve sinned a lot with our Maker, and now we’re sinning among each other.”

“May God bless this man who found the items, and may God help the people who are mistreated.”

Black magic has been practised since the olden days and we’re not shocked that there are still people who are desperate enough to make a deal with the devil, and we do not condone this act under any circumstances. We truly hope that the couple is doing fine. 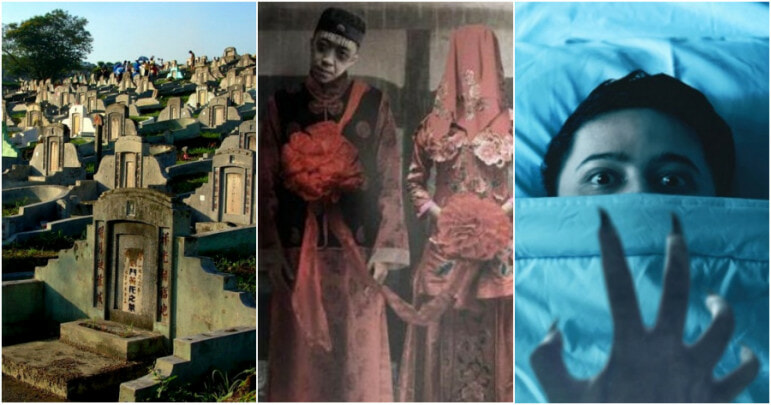