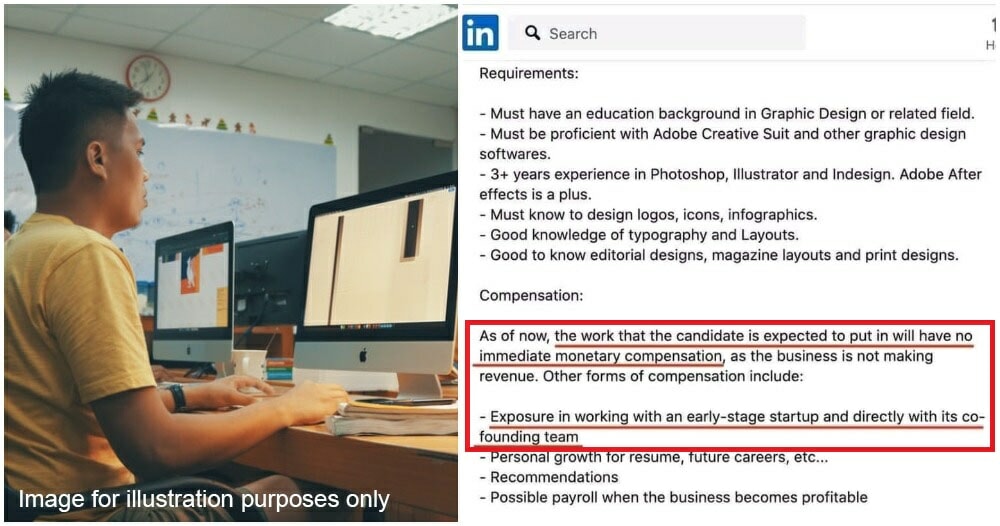 How are some companies still okay with posting job advertisements like this?

While we understand that job opportunities in 2021 are scarce and everyone has to just grab whatever opportunities they can get their hands on, what’s disappointing is that some companies take advantage of this and decide to exploit this by offering next to nothing for their applicants.

In line with that, one particular company has seemingly taken the word exploitation to a whole other level. Twitter user Nazri (@ahmadnazrafq) posted a job advertisement for a graphic designer he found on the professional website, LinkedIn. 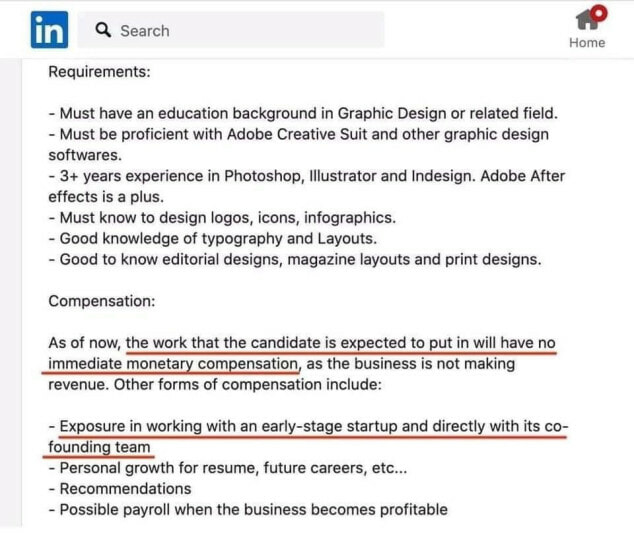 The job requires the applicant to have three-plus years of experience in Photoshop, Illustrator, and Indesign, and Adobe After Effects. They also added that the applicant must know how to design logos, icons, and infographics.

But what really made Twitter users’ blood boil was that the “compensation” offered by the company was NOT in monetary form as the business was reportedly “not making revenue” currently.

“Other forms of compensations include exposure in working with an early-stage startup and directly with its co-founding team.” 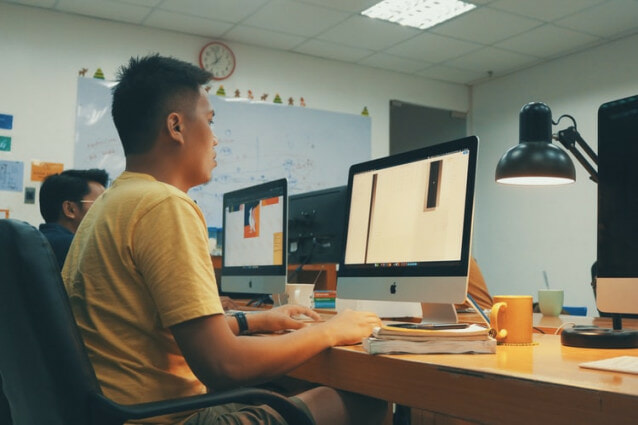 Speaking to WORLD OF BUZZ, Nazri said that he tried looking for the job advertisement again but it appears to have been deleted entirely from the website. Nazri also expressed that he believes this company is simply taking advantage of some people using the pandemic as an excuse and “exposure” as bait to lure them in.

“This is probably to save cost, to meet certain targets, or possibly they’ve had a bad rep in the past, like for example, using interns for their benefit.”

He even said that reporting companies like this to authorities can actually help but instead, we as job seekers should not be enablers for companies like this no matter how desperate we are. “However, what we can do is spread awareness of this behaviour publicly, hoping nobody will take the bait,” he said.

Have you encountered any company like this? Let us know your experience in the comments section!

Also read: “There’s nothing to do!” M’sian Earning RM1.6K Salary Says He Wants To Quit As His Job Is Too Easy 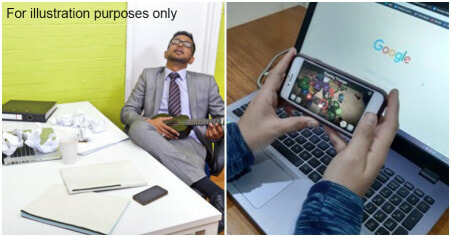